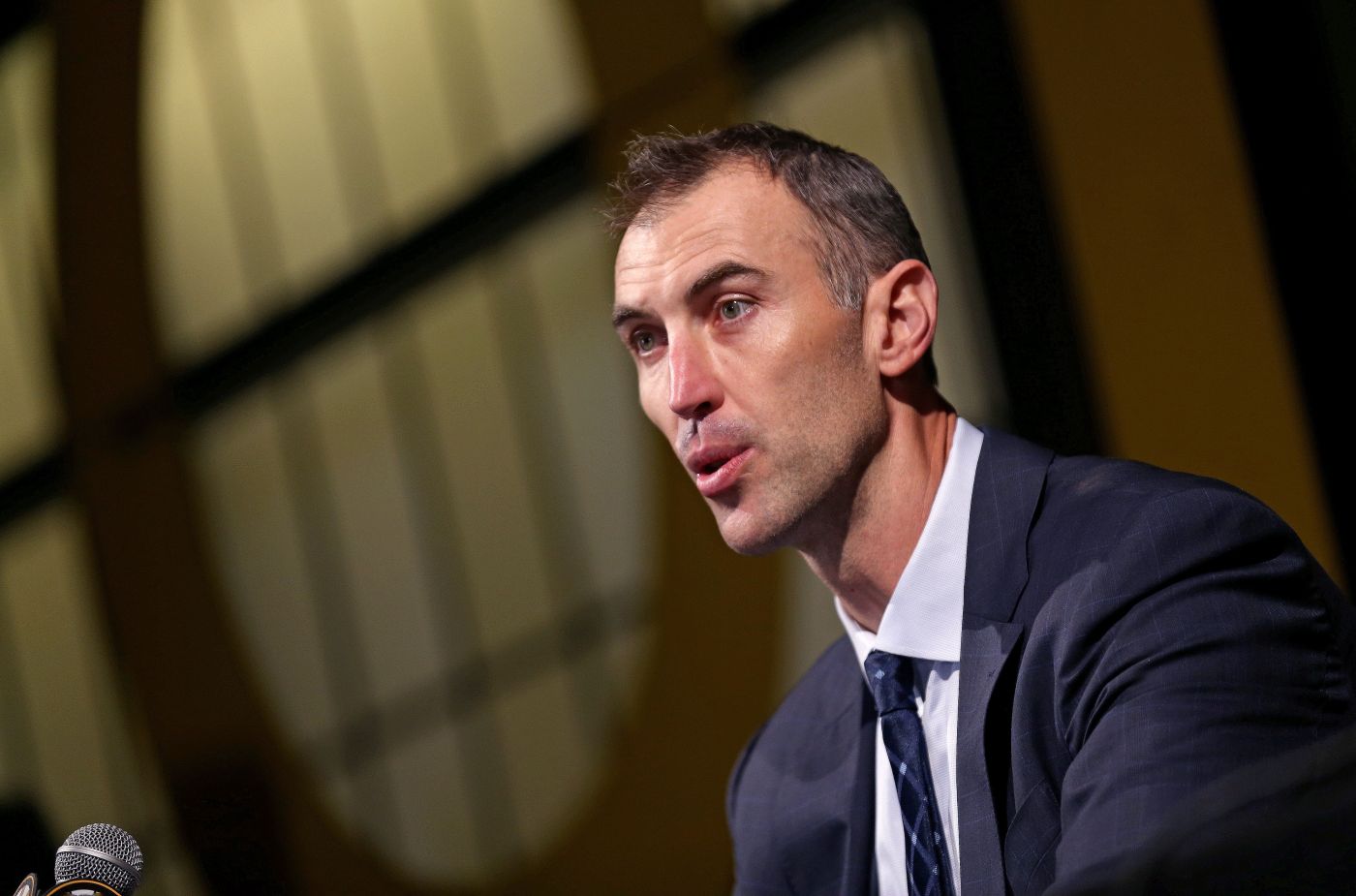 He just didn’t realize it.

Chara, as gracious on the makeshift podium at TD Garden as he was ferocious for the past quarter-century inside arenas across the NHL, offered up enough verbiage to express his gratitude for his professional success and the sacrifices made by his family to facilitate them.

Chara played 14 of his 24 seasons with the Bruins. He knew long before Tuesday he was going to end his career and do so in Boston.

But stop me if you heard this one before.

A forty-something-year-old future Hall Of Fame-athlete who played most of his career in New England retires because he wants to spend more time with his betrothed and children.

This time, we think it’s going to stick.

“I am not walking completely away from the game, but I am walking along my family. My family and I are proud to call Boston our home. It’s the team and city we hold close to our heart,” Chara said.

Just in case, it’s written into Chara’s “new” Bruins contract that he must work to keep himself in “good shape and physical condition at all times post retirement.”

As if he had something to prove, Chara claims his body has not failed. It’s his biological clock that is broken. The weight of missed birthdays crushed any desire to keep playing. Now 45, Chara is merely transitioning from one part of the game to another. Neither he nor we know what that will be nor when It occur.

“I’m at peace with my decision,” Chara said. “You tell me I cannot do something, and I’ll make sure I’ll do it. Doesn’t matter the age. It’s time to be home with my family.”

Don Sweeney, Cam Neely, and Charlie Jacobs joined Chara at the podium. While Chara captained the Bruins for 14 seasons and dominated his position for two decades, even he doesn’t have enough left in the tank to clean up the mess left by Moe, Larry, and Curly this offseason.

Neely called the decision to retire Chara’s No. 33 across from Larry Bird’s “a no-brainer.”

Neely would know. The ceremony is merely a matter of time and timing. Our vote is to honor Chara before the Bruins-Penguins Winter Classic Game at Fenway Park on Jan. 2.

What better way to remind John W. Henry that he bought the wrong hockey team?

You want “surreal?” Chara was born in a country (Czechoslovakia) that no longer exists. His NHL journey began on Nov. 19, 1997. At that time, Tom Brady sat buried on the University of Michigan depth chart as a redshirt sophomore. Ray Bourque and Sweeney were playing for the Bruins. A 21-year-old Tiger Woods was defending Masters champion. Charlie McAvoy would not be born for 32 days.

Chara bookended his career with the New York Islanders. His stops in Nassau County sandwiched service in Boston that ran from 2006 through Game 7 of the 2019 Stanley Cup Finals. He also played in Ottawa and Washington. He sits just behind David Ortiz as the greatest free agent signing in Boston history.

Even though he was 6-foot-9, Chara was initially overshadowed by the exploits of Paul Pierce, Ortiz and, of course, Brady.

That was until he and the Bruins ended what was a 39-year Cup drought. Chara, “just” 34 at the time, absorbed all matter that dared pass the Blue Line during Boston’s title run.

After recalling an “unshakable bond” that he and his Stanley Cup champion teammates now share, Chara rattled their names off as if he was reciting the Delta House pledge class.

(Apologies if any of those names got lost in the locker-room-jargon-to-English translation.)

It’s doubtful Chara ever received an ovation louder than the one showered upon him before Game 5 of the 2019 Finals. He skated on the TD Garden ice and played with a broken jaw. Remember that the next time someone on the Red Sox is placed in the IL due to a muscle strain.

Chara “laid the seed” of the Bruins culture that bore a championship parade 2011 and trips to the Stanley Cup Finals in 2013 and ‘19. Two links to Chara’s glory days in Boston – Brad Marchand, Patrice Bergeron – were present Tuesday.

Marchand, for one, learned much from the Big Guy.

“What he wanted to build and represent every day being a captain, being a leader. His work ethic, his attention to detail, not even just on the ice but off the ice. He’s always trying to improve himself and get better. He took a real estate course while he was out for a month with an injury. He would learn how to speak multiple languages on the flights. He’s an incredible human,” Marchand said.

Bergeron called Chara “a force to be reckoned with.”

The list of Chara’s superlatives is taller than he is.

No one ever hoisted the Stanley Cup higher off the ice.

Chara has earned his time off.