Charlie Baker ‘disturbed’ by comments made by teachers union president 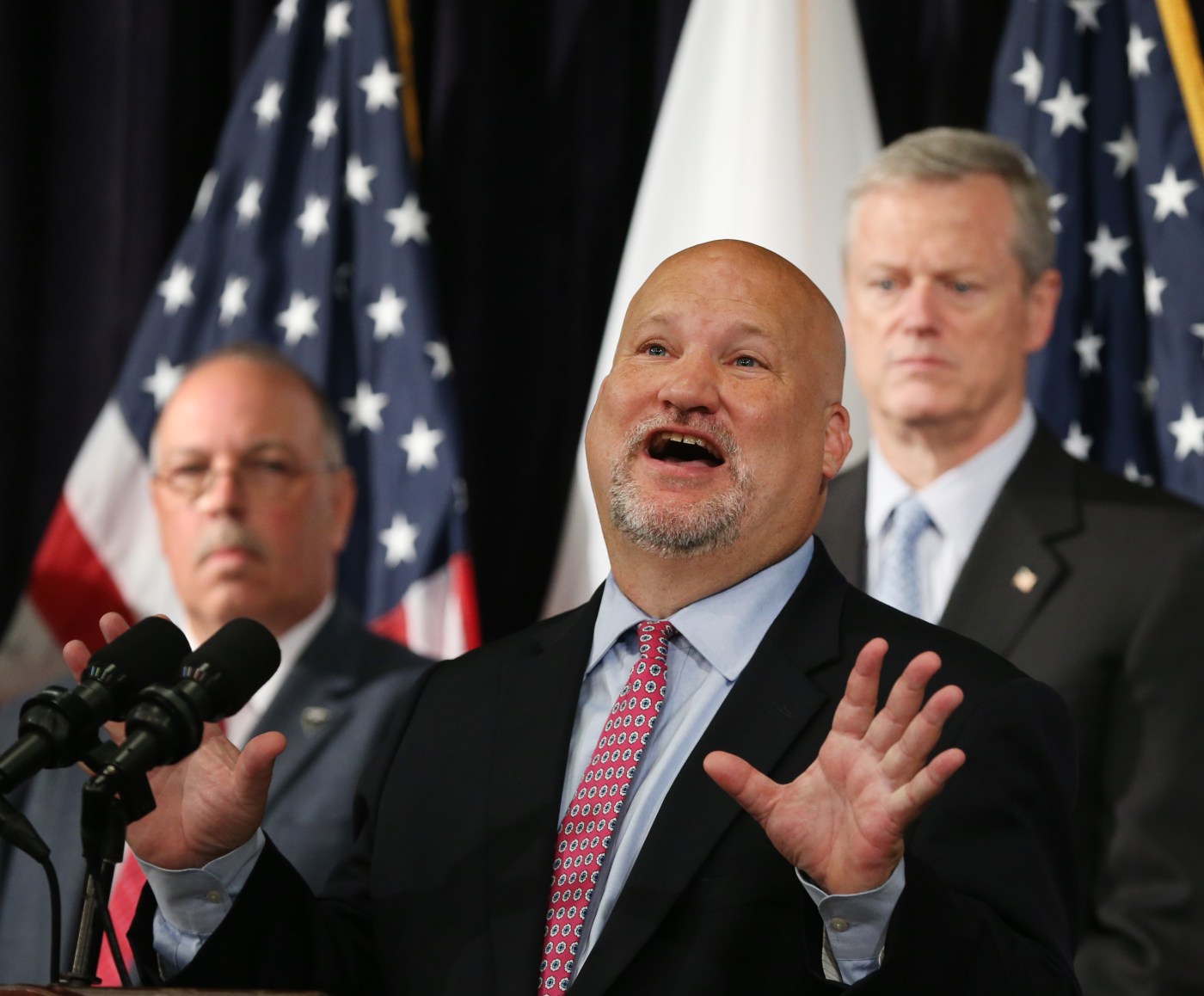 The Baker Administration is not pleased with recent remarks by the head of the Massachusetts Teachers Association regarding a plan to raise the minimum score required to pass the MCAS.

“I do have to say I found many of the remarks made by the MTA president, just in some respects, a wild misjudgement of what family and kids want out of their education,” Gov. Charlie Baker said Thursday.

“The idea that project based learning, which has never been more popular, is a bad thing; or the idea of learning a skill that you can put to work in some way for the rest of your life is exploitation; or the notion that somehow this whole thing about teaching kids skills that they can use to get a job and build a life and career is a bad idea, and too narrowly focused; just cuts against everything I’ve heard from parents, and from families, and from kids, and from teachers, for many years,” he said.

Baker was speaking in response to an assertions by MTA President Max Page at the Board of Elementary and Secondary Education’s August 15 meeting, where the MTA chief accused board members of “being obsessed with a test invented some 20 years ago” that only told them about the wealth of a student’s community, not their capacity for achievement.

“You’ve fetishized an approach to education that is at the very least outdated and at the most destructive of our schools and communities,” Page told board members before they voted to raise the minimum MCAS scores for the next five classes of freshman students.

“The reason we have 7,000 more seats in vocational and technical schools today than we had when we took office is because people like them,” he said. “His comments disturbed me because they cut against all I believe that most parents want out of their kids education, which is an education that will make it possible for them to be an enormously successful adult.”

“At the end of the day the MTA speaks on behalf of a certain constituency and that’s the teachers, or some of the teachers in the Commonwealth,” he said. “We have to have some accountability, and some understanding of where our kids are functioning. At the end of the day the one thing we don’t want to do is to lie to parents and say your kid is ready for college and career if in fact they are not.”

Page told the Herald Thursday that the governor is “intentionally distorting my words and what MTA members believe.”

“We provide the best education in the country, we have a core belief that the purpose of school is to nurture thinking, caring, active, caring, committed adults. We see the MCAS as undermining that effort,” he said. “That was the point to say the board is going in the wrong direction. MTA members are committed to educating the whole child.”