Todays Though > News > Chicago Bears are closer to full strength at wide receiver. But will Byron Pringle and Velus Jones Jr. be ready for the opener? – Boston Herald
News

Chicago Bears are closer to full strength at wide receiver. But will Byron Pringle and Velus Jones Jr. be ready for the opener? – Boston Herald 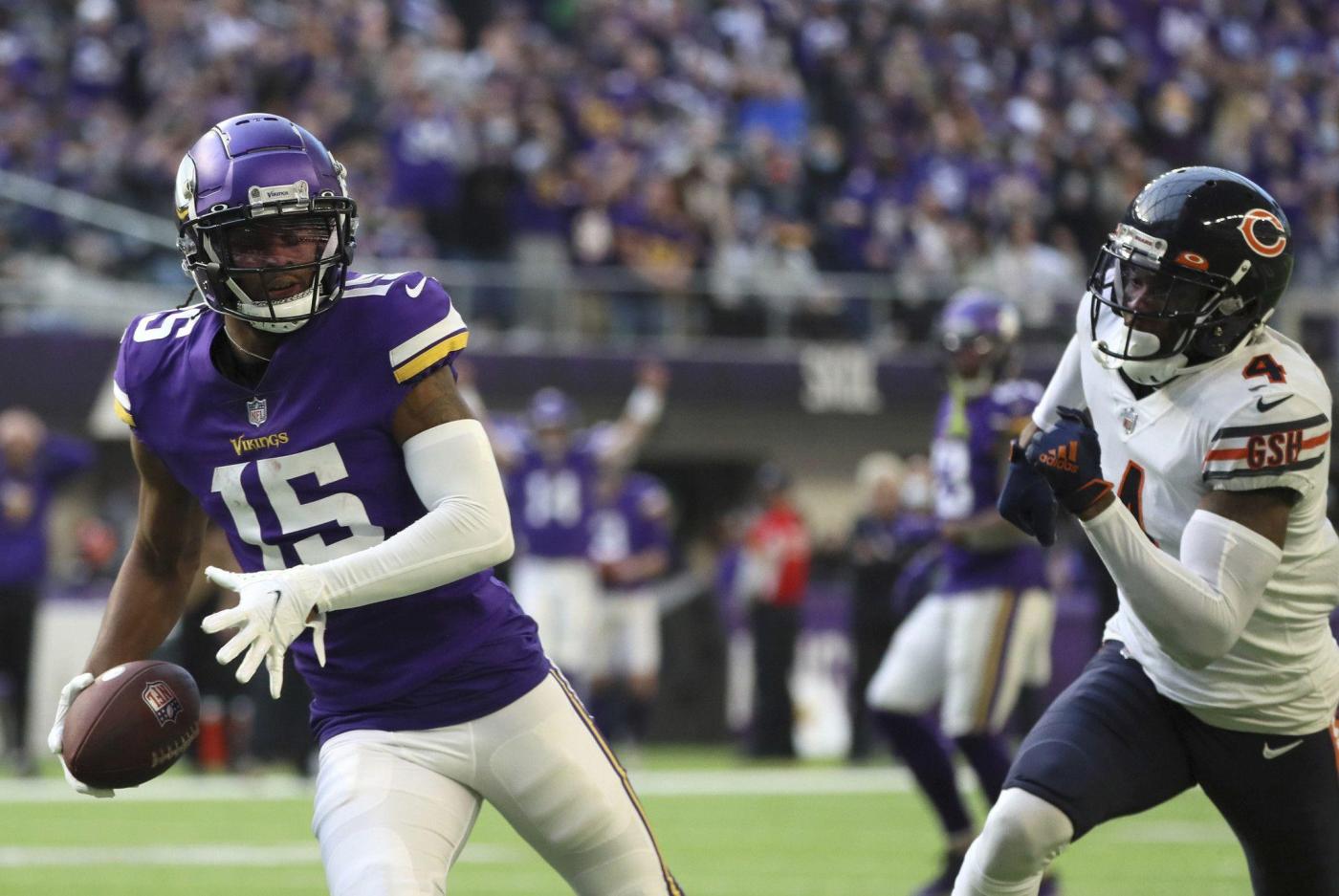 The return of Byron Pringle and Velus Jones Jr. from injuries and the arrival of Ihmir Smith-Marsette off waivers from the Minnesota Vikings will bolster a group — now six deep — that was severely depleted through most of training camp.

Now it’s a matter of the Bears getting Justin Fields’ targets up to speed as quickly as possible to see if they can be active on game day.

Bears coach Matt Eberflus said it will be easier for Pringle to be ready because he’s a veteran who played in 46 games over the last three seasons with the Kansas City Chiefs. But Eberflus also acknowledged Pringle missed a lot while out for a month with a quadriceps injury.

“It hurts when you’re not on the grass and you don’t have that timing with the quarterback and the other guys running a route with you,” Eberflus said. “It’ll be a lot of work ahead of him to get that done. And I think he’ll be able to get it done.”

Pringle, who joined the Bears on a one-year, $4.125 million contract in the offseason, said he injured his quad during individual drills in the second week of camp and tried to practice through it for a few days.

“It’s just that undrafted free agent mentality that I have, can’t get out when you’re injured,” he said.

But an MRI officially sidelined him.

Pringle did his best to pay attention to offensive coordinator Luke Getsy in meetings and to Fields’ communication on the field. He studied the playbook and stayed in shape with cycling, jumping rope and, on his days off, boxing. He said communication will be imperative as he gets his timing down with Fields.

He wouldn’t say whether he thinks he will be ready to play Sunday, noting he was limited Monday and a longer practice Wednesday might help determine his status. But he does think having experience will help him get ready quicker.

“This is not my first season in the NFL,” Pringle said. “I figure if it was like my rookie year, yeah, I probably wouldn’t be ready. I took care of things in the training room and outside the training room, just keeping my body in shape. As long as you’ve got the endurance and the cardio, you should be good.”

The Bears will release their first injury report of the season Wednesday, so that might give a better idea of the status of Pringle and Jones, the third-round pick who missed a lot of time last month but at least played in one preseason game against the Seattle Seahawks.

Pringle and Jones were among general manager Ryan Poles’ biggest offseason additions on offense, along with N’Keal Harry, who is on injured reserve after ankle surgery and will miss at least the first four games. So their absences have felt glaring the last few weeks.

“Some of the guys have been a little dinged up, so it’s hard to see everything,” Poles said when asked if he added enough talent around Fields. “But when they get back, I’m excited about that. I’m excited about Velus coming in and making plays and being a factor that can do different things and bring speed.”

Meanwhile, Smith-Marsette has other challenges ahead as he settles in with a new team.

The 2021 fifth-round pick said he couldn’t sleep or eat after the Vikings waived him last week. Then he found out the Bears had claimed him, and it felt like fate.

Smith-Marsette’s lone start as a rookie was in Week 18 against the Bears in Minneapolis. He had three catches for 103 yards and a touchdown, an outing he called a “confidence booster” and “a springboard into Year 2.”

“I torched them last year. So go figure,” Smith-Marsette said. “It was just meant to be. They got me, and I’m happy to be here.”

Smith-Marsette, who also had four kickoff returns for 83 yards last season, said he planned to meet with special teams coordinator Richard Hightower and quarterbacks coach Andrew Janocko, who was with the Vikings the last seven years, as he tries to navigate the new setting.

Eberflus called Smith-Marsette “competition” for a group that also includes top receiver Darnell Mooney, Equanimeous St. Brown and Dante Pettis. Smith-Marsette, who noted speed is one of his top attributes, believes he can seize the opportunity.