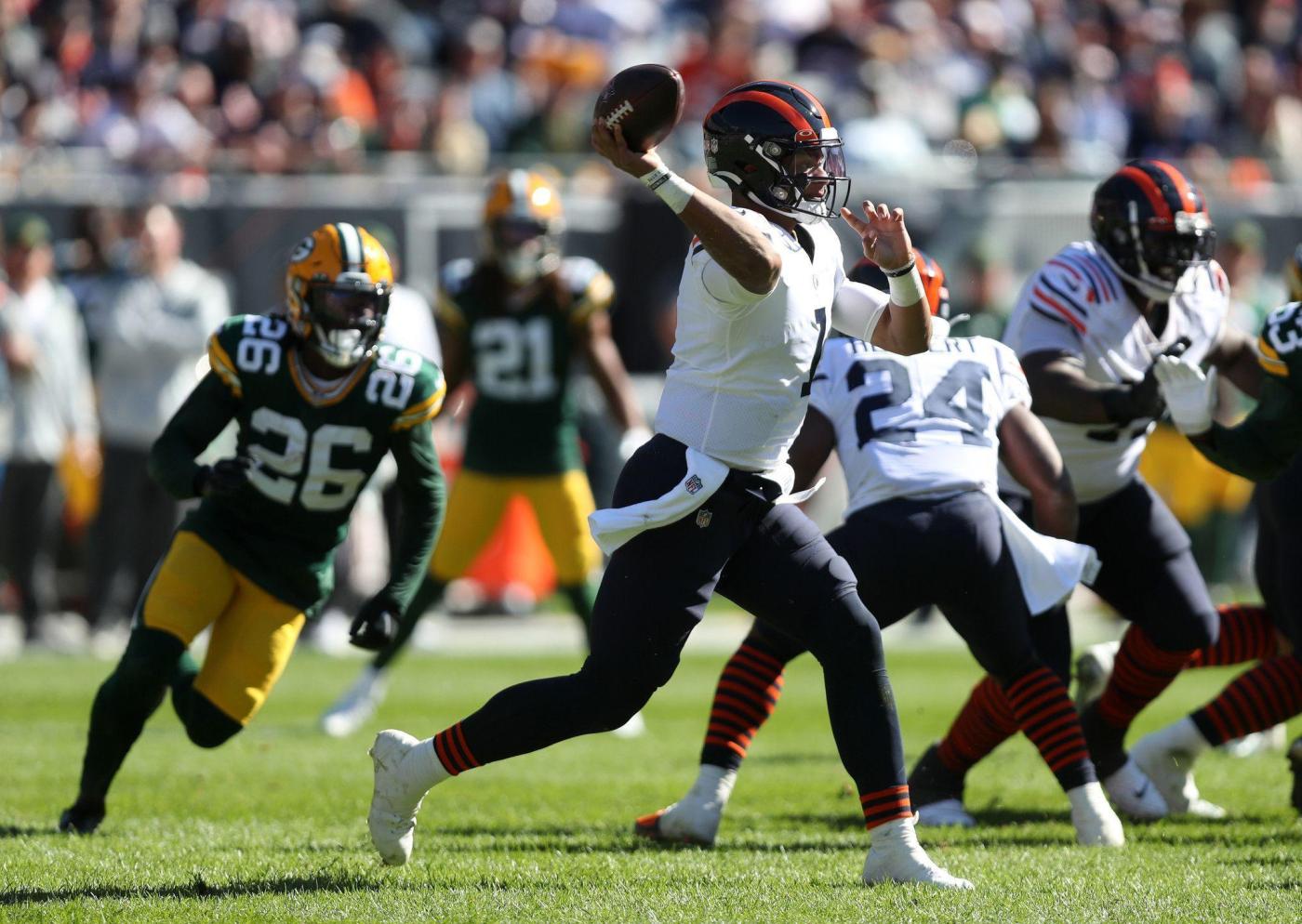 The Chicago Bears were shut out when the NFL’s Pro Bowl rosters were announced Wednesday night, another indication of how their roster stacks up against the rest of the league. In total, 44 players from each conference were selected to the Pro Bowl with voting from fans, players and coaches carrying equal weight.

Quarterback Justin Fields, who has rushed for 1,000 yards in 13 starts and accounted for 23 total touchdowns this season, seemed to have the best chance of any Bears player to be honored. But the NFC quarterbacks selected instead were the Philadelphia Eagles’ Jalen Hurts, Seattle Seahawks’ Geno Smith and Minnesota Vikings’ Kirk Cousins.

Fields still could get a later invite to Pro Bowl festivities if any of the quarterbacks named to the NFC roster are either preparing for the Super Bowl or opt out of attending the game because of an injury or other reason.

For what it’s worth, Fields finished ninth among quarterbacks in Pro Bowl voting by fans. Miami Dolphins quarterback Tua Tagavailoa led that voting with Mahomes, Hurts, Allen and Burrow rounding out the top 5. The other NFC quarterbacks to finish in the top 10 in fan voting were Smith (sixth), Cousins (seventh) and the Los Angeles Rams’ Jared Goff (10th).

The Eagles, who beat the Bears 25-20 on Sunday to improve to an NFL-best 13-1, led all teams with eight players selected. The Dallas Cowboys (seven), Chiefs (seven), Baltimore Ravens (six), San Francisco 49ers (six) and Vikings (five) are the other teams with at least five Pro Bowlers.

The last time the Bears weren’t represented on the initial announcement of Pro Bowl rosters was during the 2017 season. The Bears also had no players named to the initial Pro Bowl rosters in 2016, though running back Jordan Howard and guard Josh Sitton were later named as alternates.

Linebacker Roquan Smith, the Bears’ first-round draft pick in 2018 who was traded to the Ravens in October, was selected to the game for the first time in his career. And outside linebacker Khalil Mack, whom the Bears traded to the Los Angeles Chargers in March, was voted in for the seventh time in nine seasons.

Pro Bowl week will be held in early February in Las Vegas with the traditional game being replaced by an AFC versus NFC flag football competition Feb. 5 at Allegiant Stadium. Three days before that, the Pro Bowl skills competitions will take place with players partaking in both football and non-football-related challenges.