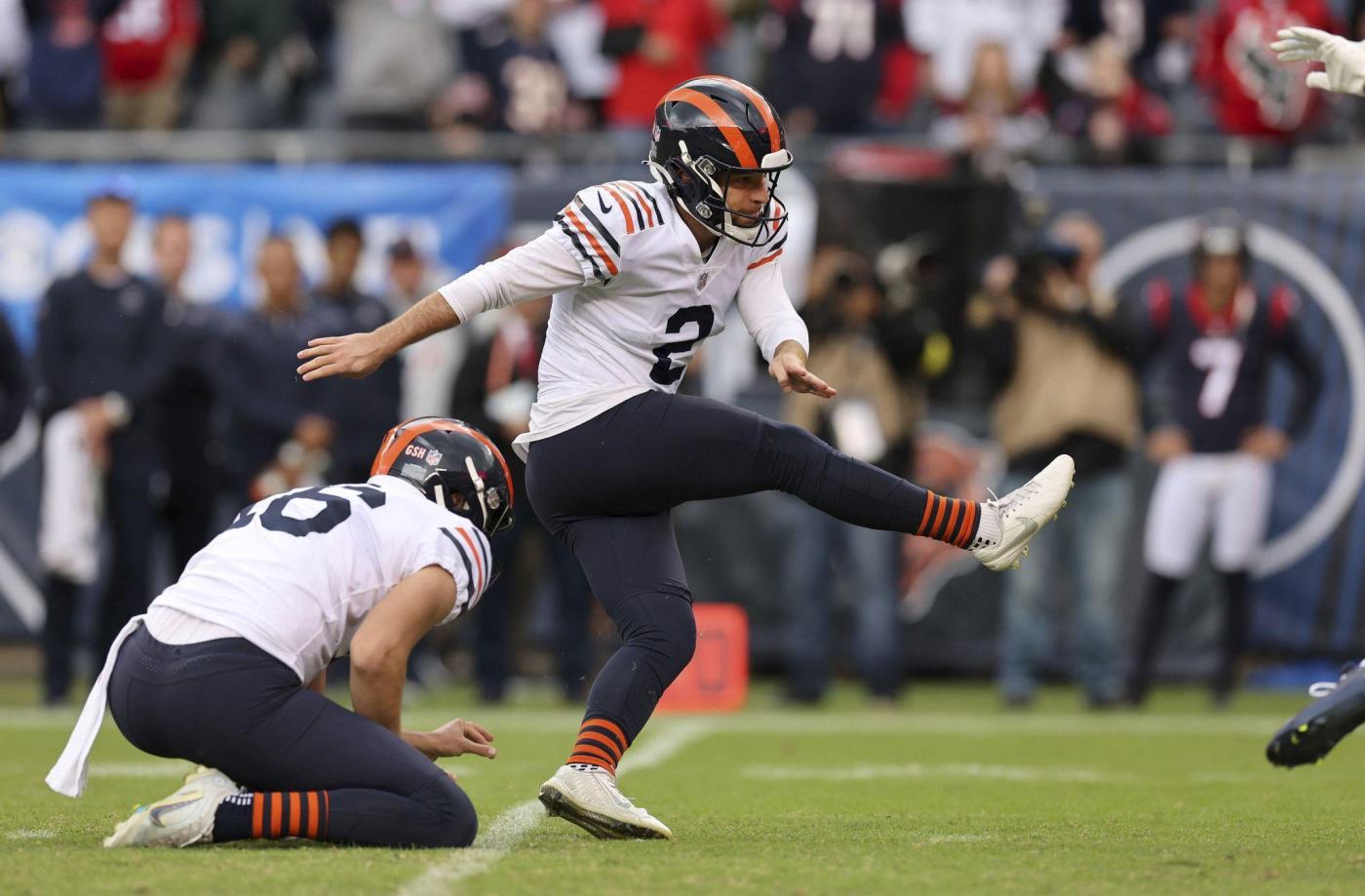 The Chicago Bears are bracing for the possibility they will be without kicker Cairo Santos on Sunday when they play the New York Giants at MetLife Stadium.

Santos was excused from Thursday’s practice for personal reasons and was not spotted when Friday’s short practice was open for media viewing. Multiple sources said the team brought in three kickers for a tryout Friday: Michael Badgley, Brian Johnson and Josh Lambo. There’s a good chance the team will sign one of them to the practice squad. Johnson was with the Bears last offseason.

The Bears on Friday listed Santos as questionable on their injury report.

Santos made field goals from 47 and 50 yards before hitting a 30-yarder on the final play of a 23-20 win over the Houston Texans on Sunday at Soldier Field. He’s 4-for-4 on field goals on the season and rebounded from two missed extra-point attempts during a driving rainstorm in the Week 1 victory against the San Francisco 49ers.

If Santos doesn’t play, special teams coordinator Richard Hightower also will need a replacement on kickoffs. It’s a chore Santos split in the preseason with punter Trenton Gill, so it’s possible the rookie would handle those duties. Overall, Santos has made 89.7% of his field-goal attempts since joining the team for a second stint in 2020, taking the job when Eddy Pineiro was sidelined by injury.

The Bears had punter James Smith in for a tryout Thursday along with long snapper Mitchell Fraboni. Smith likely was in because he kicks with his left foot. Giants punter Jamie Gillan is left-footed, and it is not uncommon for teams to want their returners to take reps catching balls from left-footed kickers to get accustomed to the spin. That workout would not seem to involve Santos’ situation.

On the sideline and not participating when media viewed practice Friday were cornerback Jaylon Johnson (quad), tight end Ryan Griffin (Achilles) and defensive back Dane Cruikshank (hamstring). Johnson was injured in practice last week and potentially could miss his second consecutive game. Johnson and Cruikshank were ruled out for the Week 4 game.

Not spotted was running back David Montgomery (ankle), who has not practiced this week and was ruled out. That means Khalil Herbert, fresh off a 157-yard effort with two touchdowns against the Texans, will be the primary ballcarrier Sunday.

Defensive end Robert Quinn, who was out Thursday with an illness, was on the field and listed as questionable.