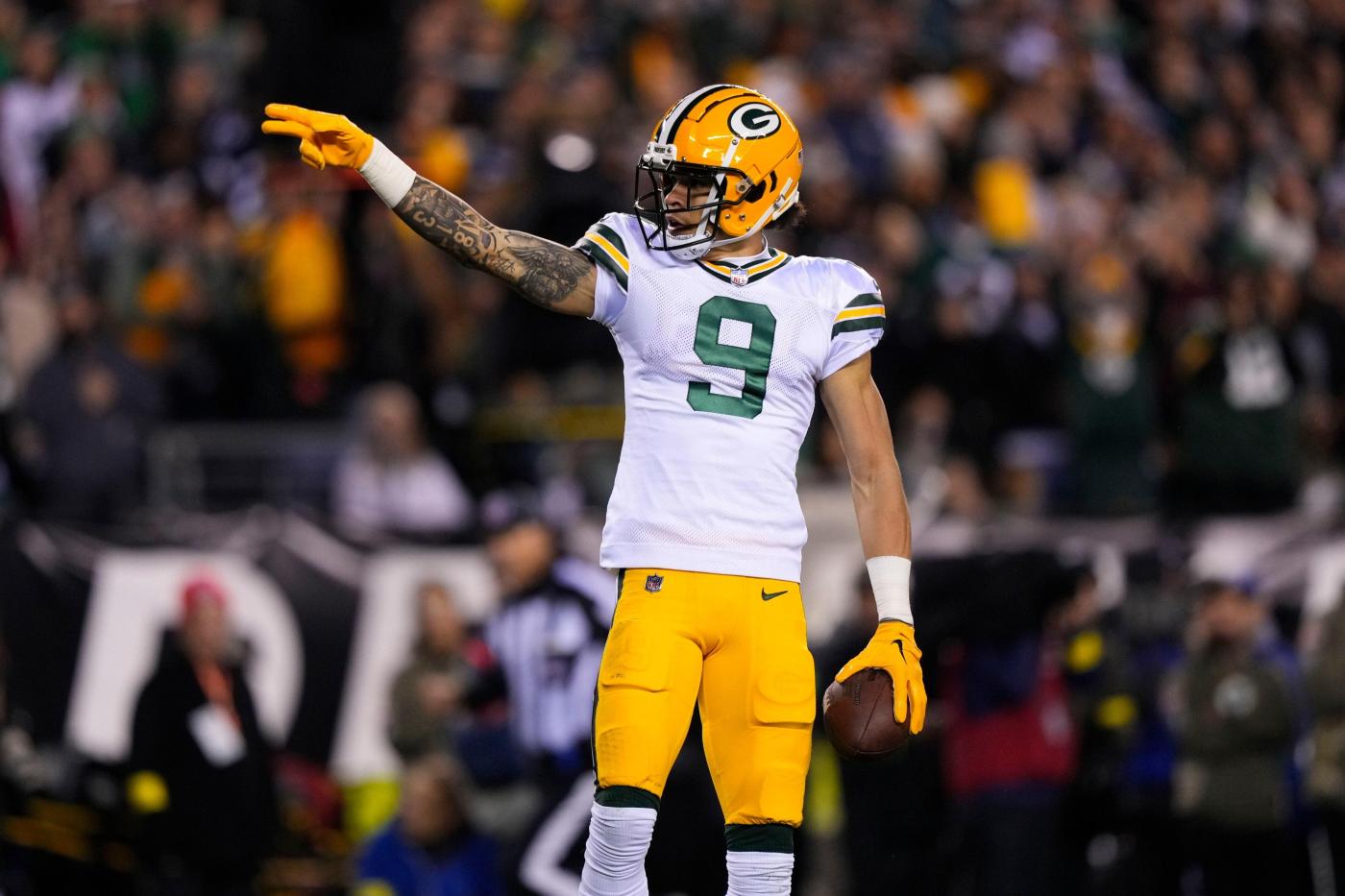 The Chicago Bears will finally hit their bye week after Sunday’s meeting with the Green Bay Packers at Soldier Field, a chance to recharge for the stretch run, four games at the end of a season that — when it kicked off — was about building for the future.

The Bears are likely to have a top-five pick in the April draft and, if the order were based on current standings, they would select No. 2. That and a massive amount of salary-cap space — spotrac.com projects the Bears to have north of $115 million — creates a world of possibilities for general manager Ryan Poles in the offseason.

Poles reset the team’s cap with moves that strapped the Bears with more than $85 million in dead money this season, creating a clean slate moving forward. The franchise has a ridiculous amount of available room when considering the Atlanta Falcons are second with an estimated $66 million followed by the New York Giants at $51 million.

It’s a good time to offer a reminder that the Bears spent the 2010s attempting to build the roster and fill many core positions through free agency. They hit with defensive linemen such as Julius Peppers and Akiem Hicks and found some other nice players in Willie Young, Jermon Bushrod and Danny Trevathan. But the list of players whose production didn’t come near to matching their pay is too long to list. That’s one reason the team had more last-place finishes in the NFC North (four) than winning seasons (three) in the 2010s.

Poles should be aggressive in free agency, but more importantly, he needs to be calculated. There wasn’t a quick fix for the roster he inherited in January and there aren’t corners to cut now. He’s not going to buy his way into contention, and his stated goal is to be draft-driven, a line just about every new GM hire says.

Along with beginning to assess where needs and wants lie on the roster — and there is a difference — Poles and his staff need to determine if they would like to invest a portion of that cap space in players on the current roster.

Twelve games in, they have a good feel for players who were acquired by former GM Ryan Pace, and three notable draft picks from the 2020 class are eligible for contract extensions after the season: cornerback Jaylon Johnson, tight end Cole Kmet and wide receiver Darnell Mooney. Add wide receiver Chase Claypool, acquired in a trade from the Pittsburgh Steelers, to the list of players Poles potentially could extend in the months to come.

All four are under contract through 2023, but this looms as the first place Poles should consider investing some of the bounty of cap space if he identifies some or all of them as building blocks who can help lead the franchise moving forward.

Investing in players who have gone about their jobs the right way in the estimation of the coaching staff would send a positive message to the locker room. Often, the best money spent in free agency is by teams that pay their own players to avoid losing them on the open market. It takes both parties to get a deal done, and it’s possible this isn’t a front-burner issue for Poles, but this should very much be a consideration when eyeing the team’s cap space and the ways it can be allocated.

Johnson started the season playing at a high level before missing three games with a quad injury. More recently he has battled an oblique injury but has been on the field and is easily the team’s most consistent cornerback at a position where Poles will need to add in the offseason.

With the passing volume at the bottom of the league — the Bears have 254 attempts, 21 less than the 31st-ranked Titans, who have played 12 games — you can’t judge Kmet and Mooney based on receiving statistics. It requires a nuanced look.

Kmet hasn’t missed a game, and while his opportunities are down (29 receptions for 336 yards and five touchdowns), he’s averaging 7.8 yards per target, 1.2 more than a year ago.

“Cole’s a special guy,” coach Matt Eberflus said recently. “He is energy, he is enthusiasm, he brings light into a room. Man, when he comes in here into our offensive room — and really talking to the whole team — he just does a really good with that. He’s everything we stand for.”

Mooney also had been a model of durability before he was injured run blocking in Sunday’s loss to the New York Jets, lost for the remainder of the season. Again, his numbers — 40 receptions for 493 yards — don’t scream “pay him,” but his targets went from 8.2 per game in 2021 to 5.1 this season. He only can make plays when the ball comes his way and is another player who seems to embody what the Bears are seeking.

“Moon means so much to this football team — his approach, work ethic, intelligence, flexibility to move him around,” offensive coordinator Luke Getsy said. “And obviously the talent is there too. He’s been such a good leader, good example of the play style and the mentality of this football team.”

Claypool is an interesting case. I can’t imagine when the Bears traded their second-round pick — which right now would be the 33rd pick in the 2023 draft because the Miami Dolphins were stripped of their first-round pick — they viewed him as a 1½-year rental. The Steelers traded Claypool having established a pattern of reloading at the position via the draft and being choosy about which receivers they decide to pay.

On the “I Am Athlete” podcast in June, Claypool said he views himself as one of the top receivers in the league.

It’s hard to imagine the Bears paying Claypool like a top-five receiver, but keep in mind with all four of these players is if Poles is inclined to extend any of them, he’s paying for future performance, not past production.

Sometimes these deals for players heading into Year 4 materialize just before the start of the season, when the player seeks security before the risk of injury. The Bears always could negotiate with them during next season.

It’s part of what will be an intriguing offseason for Poles, who might want to invest in his own while considering a flurry of other options.

Christian Watson, 6-foot-5, 208 pounds, is in his rookie season after the Packers drafted him in the second round (No. 34) out of North Dakota State. The NFL’s offensive rookie of the month for November has six touchdown receptions in his last three games with 107 yards against the Dallas Cowboys and 110 versus the Philadelphia Eagles.

Watson is trending up following a slow start after an ankle injury slowed him. He has 22 receptions for 353 yards (16-yard average).

“People were fast to rush to judgment with him because he wasn’t producing right away,” the scout said. “He’s a young player who had injuries during camp and he’s missed time during the season. You’re just starting to see the beginning of what he can be. His ceiling is high because he has ridiculous top-end speed (4.36-second 40-yard dash at the scouting combine) and he’s long. He’s a two-strider — he takes two steps to go 5 yards.

“He’s not close to being a polished route runner. He came from a system in college where he was a vertical-stretch target, and they used him out of the backfield, different ways to get him the ball. In terms of setting up and winning with a detailed route tree, he’s not there. He’s winning with his physical tools, and the Packers are being smart with him. He can run away from the defender on a crossing route. That’s not a detailed route. They do some backside-isolation stuff. In terms of explosive-play ability, he is high level for a young player.”