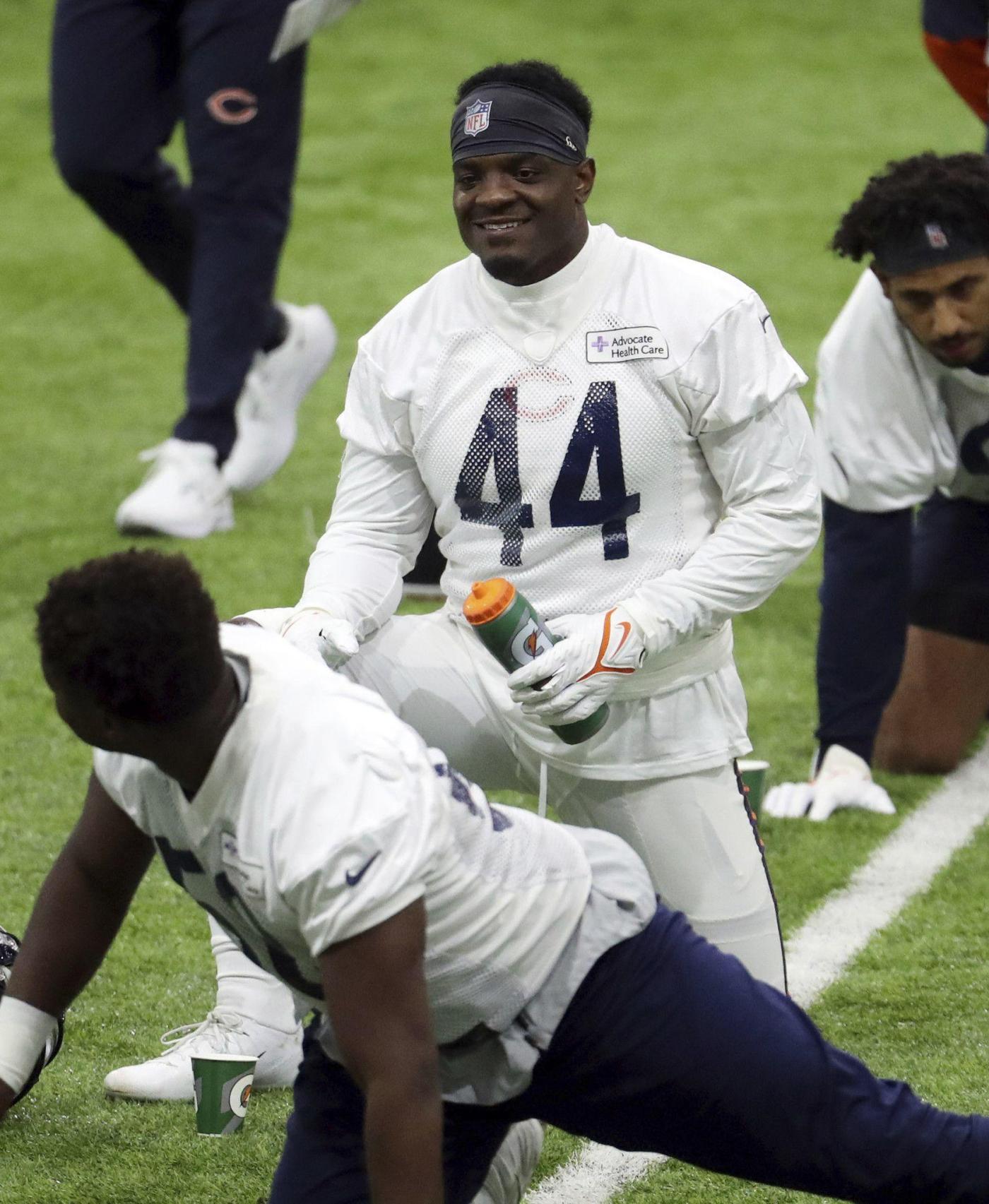 Bears linebacker Matt Adams was arrested Thursday night in Chicago on a misdemeanor charge of unlawful firearm possession, according to police. He also was cited for having high-capacity magazines and metal-piercing bullets, a violation of city code.

Police said Adams was arrested at approximately 6:46 p.m. in the 200 block of North Garland Court in the Loop. The magazines were found during a search of his car, and the weapon also was recovered, according to police.

The Bears acknowledged the arrest in a statement.

“Earlier this morning, we were made aware of an incident involving the arrest of Bears linebacker Matthew Adams,” the team said. “We are in the process of gathering more information. We will refrain from making any further comment at this time.”

The Bears signed Adams, 26, to a one-year contract in April. He’s a four-year NFL veteran who previously played under coach Matt Eberflus with the Indianapolis Colts.

Adams is the second new Bears player to be arrested this offseason. Wide receiver Byron Pringle was arrested for reckless driving for suspicion of doing a doughnut on a road and driving on a suspended license. He pleaded not guilty to the charges and is awaiting a pretrial hearing.

The Bears are on a six-week summer break after wrapping up veteran minicamp last week. In a message to the team before they broke camp, Eberflus said he told his players to be prepared mentally and physically for training camp — and also to be safe during the time off.

“Be careful who you hang around and be mindful of that and where you are and to be safe during the vacation,” he said.