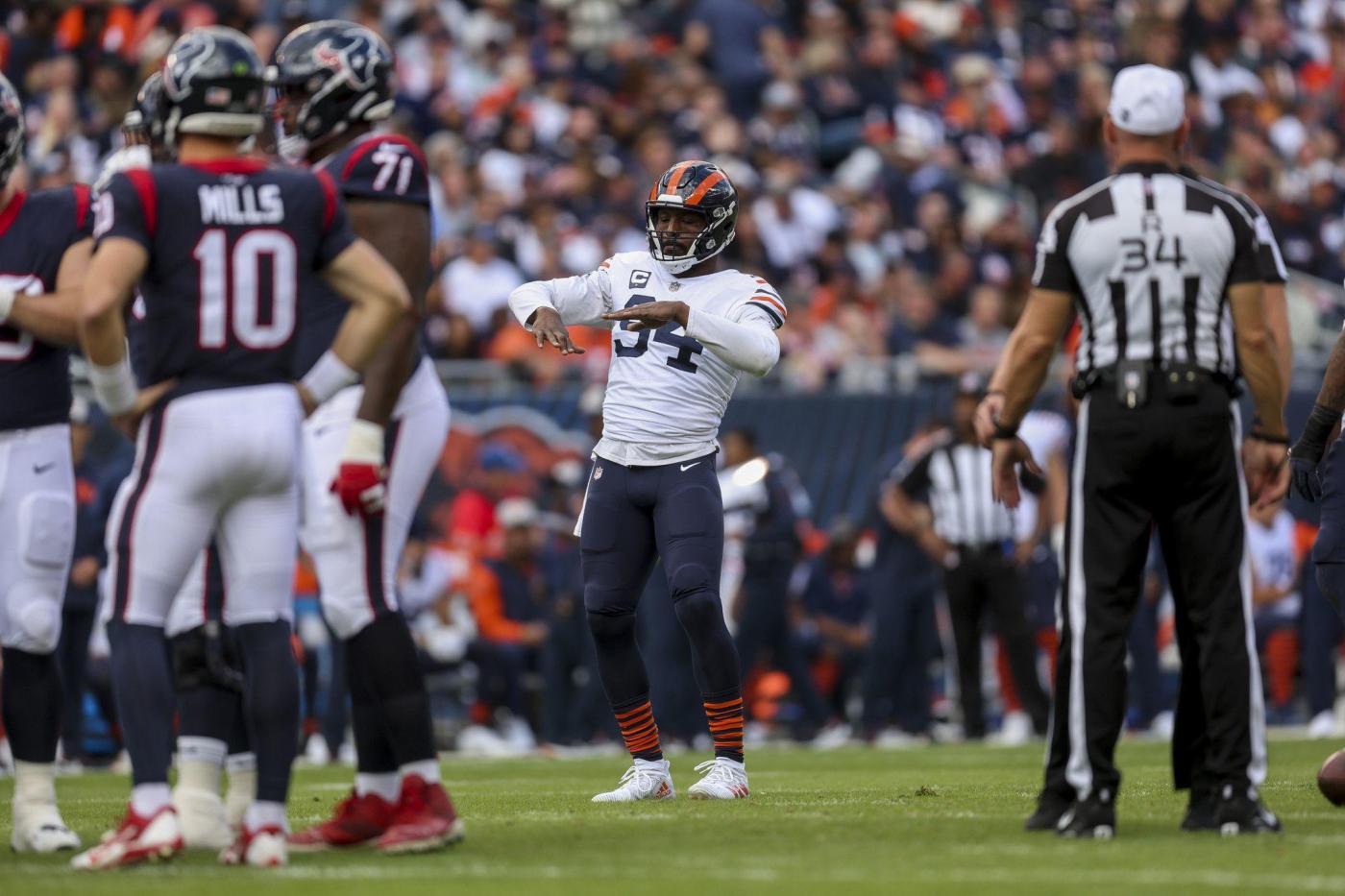 The Chicago Bears are trading defensive end Robert Quinn to the Philadelphia Eagles, according to multiple reports.

The Bears are getting a fourth-round draft pick in return, NFL Network reported.

Quinn is a 12-year NFL veteran with 102 career sacks, including a Bears record 18 ½ in 2021. He has one sack, three quarterback hits and two tackles for a loss over the first seven games under new Bears coach Matt Eberflus and defensive coordinator Alan Williams.

Former Bears general manager Ryan Pace signed Quinn to a five-year, $70 million contract in 2020, but Quinn totaled just two sacks in his first season. He bounced back in a big way in 2021, coming just a ½ sack shy of his career high of 19 in 2013 with the Rams.

The Eagles are 6-0 and sit atop the NFC East, and now have another pass-rushing weapon on defense.

Check back for more details.