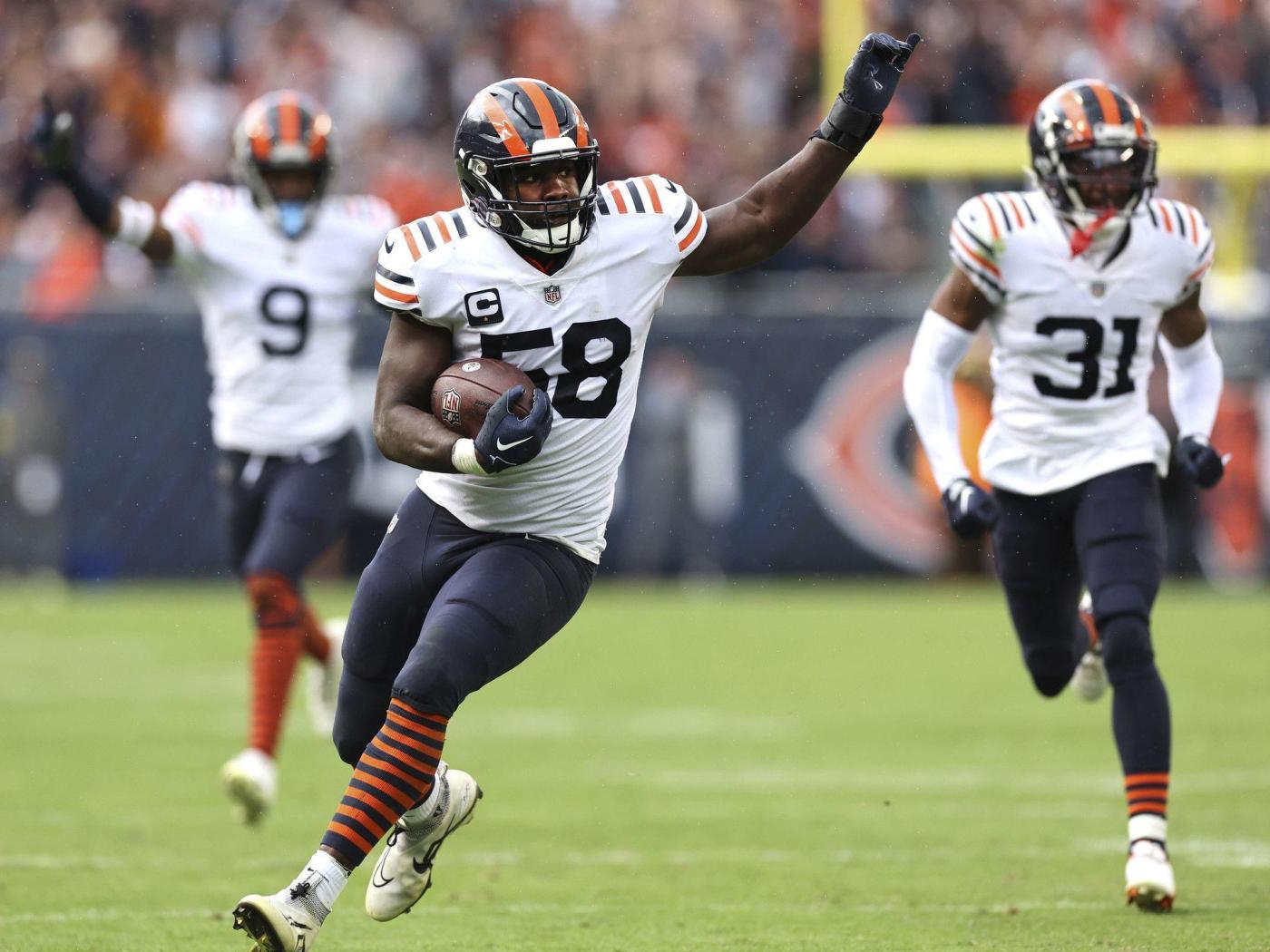 The Chicago Bears are trading linebacker Roquan Smith to the Baltimore Ravens for second- and fifth-round draft picks, a source confirmed Monday.

The Bears also will receive linebacker A.J. Klein in return, according to NFL reporter Josina Anderson.

The move to trade Smith comes after he staged a hold-in during training camp amid stalled contract negotiations. Smith made a public request for a trade, saying in a statement the team didn’t value him and refused to negotiate in good faith.

In an impromptu news conference on Aug. 9, Poles responded by saying he thought the Bears made Smith a fair offer and they still intended to sign the linebacker.

“We can’t lose sight that this isn’t about one player,” Poles said then. “My job is to build a roster that’s going to sustain success for a long period of time. We’ve got to do what’s best for the Chicago Bears.”

Poles and Smith eventually came to an understanding that he would play this season for the Bears without a new contract. He leads the league with 83 tackles and also has four tackles for a loss, three quarterback hits, 2½ sacks and two interceptions in eight games in the final year of his rookie contract.

Poles had the option of using the franchise tag on Smith next season, but he obviously felt the draft capital made more sense as he builds for the future. The Bears have added three 2023 draft picks after Poles got a fourth-rounder for Quinn.

“On the business side, it just made too much sense for what we’re trying to do,” Poles said last week after trading Quinn. “It’s going to allow us to continue to build a highly competitive roster.”

ESPN reported the Bears will pay $4.833 million of Smith’s remaining salary this season, while the Ravens will pay $575,000.

The Bears did not make Poles available for comment Monday, and coach Matt Eberflus finished speaking to reporters shortly before news of the trade leaked out.

The NFL trade deadline is 3 p.m. Tuesday, and the next question is if Poles and assistant GM Ian Cunningham have more deals in the works.

“Ryan and Ian are in there working their tails off on whatever they’re doing, and they’ll say, ‘Hey, Coach, this is what we’ve got,’ just like they do anytime, even with the draft,” Eberflus said of the communication as the deadline approaches. “‘Hey, we’re talking about this,’ and, ‘We’re talking about that.’ And they’ll just inform me of what’s going on at that point.”

Smith and Quinn were two of four team captains this season along with quarterback Justin Fields and left guard Cody Whitehair. Smith frequently gave the pregame speeches in the huddle after warmups, and Quinn, a 12-year NFL veteran, was quietly one of the most respected players in the locker room.

Smith became emotional when he heard of the Quinn trade while speaking with reporters last week.

“Sucks,” Smith said. “I have a great deal of respect for that guy. Man. Crazy.”

During his weekly appearance on “The Parkins & Spiegel Show” on WSCR-AM 670, Bears cornerback Jaylon Johnson said Smith’s “energy was contagious.”

“I know his value. I’ve felt his value throughout the organization, not just on the field,” Johnson said. “Roquan was Roquan. He was a character, a great personality.

But Johnson said he trusts Bears leadership to do what it believes is best for the future of the team.

“There’s more to it than just giving guys away,” Johnson said. “I don’t think it’s ever as simple as that. I feel like there are decisions to be made, and they’re not easy decisions. I feel like the front office is doing what they feel is best for the future of the Bears organization.”

Afterward, Smith was strong in his assessment of the defense.

“They had a good game plan and that’s that, but the defense, we never can allow someone to score that many points on us,” Smith said. “That’s embarrassing. So we have to look our own selves in the mirror.”

Now Smith joins a Ravens team that leads the AFC North with a 5-3 record.

Klein, 31, is a 10-year NFL veteran who has started 81 of his 136 career games with the Carolina Panthers, New Orleans Saints, Buffalo Bills and Ravens. He had a career-best season in 2020 with the Bills, recording 75 tackles, five sacks, nine quarterback hits, five tackles for a loss and four passes defended.