Todays Though > News > Chicago Bulls are buffering their way through early inconsistency during a .500 start to the season – Boston Herald
News

Chicago Bulls are buffering their way through early inconsistency during a .500 start to the season – Boston Herald 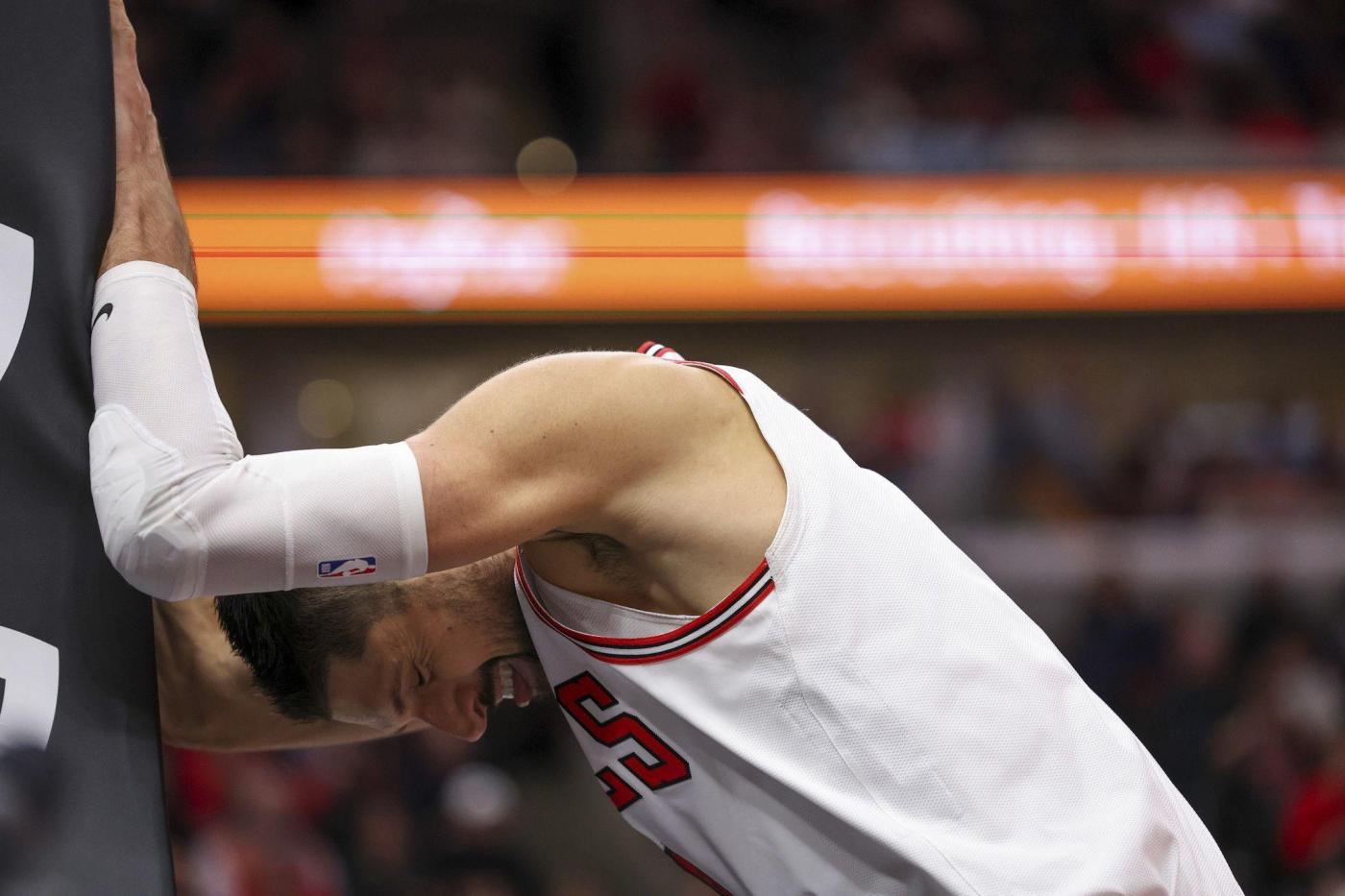 The overhead scoreboard froze at the 7:10 mark of the first quarter Monday night at the United Center with the Chicago Bulls trailing the Toronto Raptors 13-6.

The scoreboard malfunction lasted about four minutes, a fitting metaphor perhaps for the Bulls’ uneven start to the 2022-23 season.

They’ve been buffering for long stretches, waiting to show signs of the consistency most expected from a team that brought back all of its core for another postseason run.

Zach LaVine scored 30 points to lead the way, and six players finished in double digits on an off night for DeMar DeRozan, who was doubled most of the game and scored only nine points on 2-for-6 shooting.

It isn’t the kind of start Bulls fans wanted, but DeRozan said they’re OK with where they are.

“After 12 games, our schedule kind of goes back to our favor now. It’s been brutal with all these back-to-backs, traveling and everything. Now we can get some guys back, and that’ll be big for us. We learned a lot through these 12 games so far of who we are and what we can be, what we’re trying to be and competing against these high-level teams.

“With that win, we’re in a great position. Everybody (in the Eastern Conference) is still here. Milwaukee and probably another team are right there, but everything is right there. We’ve still got an opportunity to catch our stride, and as long as we’re playing great basketball at the right time, that’s all that matters.”

The Bulls showed Monday they can win with DeRozan distributing instead of driving. Toronto’s defense may have forced the issue, but DeRozan’s unselfishness was evident.

“It was a perfect indication of what he’s all about — winning,” coach Billy Donovan said.

“Credit to DeMar for passing it around, taking on the double teams,” LaVine said. “We did a better job keeping it in the middle of the floor where he could read it easier. We just played harder tonight.”

Nikola Vučević had 15 points and 13 rebounds for his seventh double-double of the season, and the Bulls outrebounded the Raptors 49-31 despite missing Andre Drummond for the fifth straight game with a shoulder sprain. Donovan said “in his heart he’d like to give it a go and try,” but the big man got at least one more game off.

DeRozan scored only three points in the first half on 1-of-3 shooting and didn’t convert in the second half until a driving layup with 4:22 left. He came in averaging 25.1 points and 16.5 field-goal attempts, down from last year’s averages of 27.9 points and 20.2 attempts.

The Raptors trapped and doubled him much the same as they did in their win Sunday in Toronto, where LaVine sat out the first of back-to-backs and DeRozan finished with 20 points on 7-of-9 shooting.

DeRozan no doubt will be the focus of defensive strategies all season, especially in games LaVine sits as part of the load management plan. But Donovan wasn’t concerned about DeRozan scoring fewer points if it means the rest of the team picks up the slack, which it did Monday.

“He gets 30, Zach gets 30 a night, Vooch gets 25 a night and then we have a bunch of guys getting four. Are there enough points on the board to really be a good quality team?” Donovan asked rhetorically before the game.

“It’s never been about, ‘Hey, DeMar, you’ve got to take less (shots).’ My goal would be can we have five to seven guys at the end of 82 games that are double-digit scoring. … That’s the way we’ve got to build out the team. Everyone out there has to be a threat. Not so (dependent) on those three guys that everybody is kind of standing hoping they can make a play, but rather (thinking) it’s our team and what’s the best available shot.”

Donovan was right about LaVine getting his 30 and about the supporting cast chipping in on the offensive end. Donovan said the 21 turnovers are a concern, but he liked the pace of play and noted that the Bulls are playing much faster, which means the chances of turning the ball over are greater.

Goran Dragić and Alex Caruso did a deft job running the offense, and both led the team in plus-minus at plus-18. They helped LaVine get into his rhythm, and the more he plays the more comfortable he feels.

“I’ve still got to be me out there, and I’m still catching my rhythm and starting to feel good but trying to find more and more catch-and-shoots,” LaVine said. “There were a couple I pump-faked and tried to drive. I’ve got to shoot more.

“Talking about A.C., I owe him a couple assists because he found me in the corner a couple of times. Get up more 3s. Someone telling me to shoot more? It sounds good.”

After Tuesday’s day off for Election Day, the Bulls welcome the New Orleans Pelicans on Wednesday. As DeRozan walked out of the locker room, he was told the Powerball lottery — which was bought in California — is up to $1.9 billion.

“Maybe you can buy the team,” I told him.

Everyone has to have a dream.