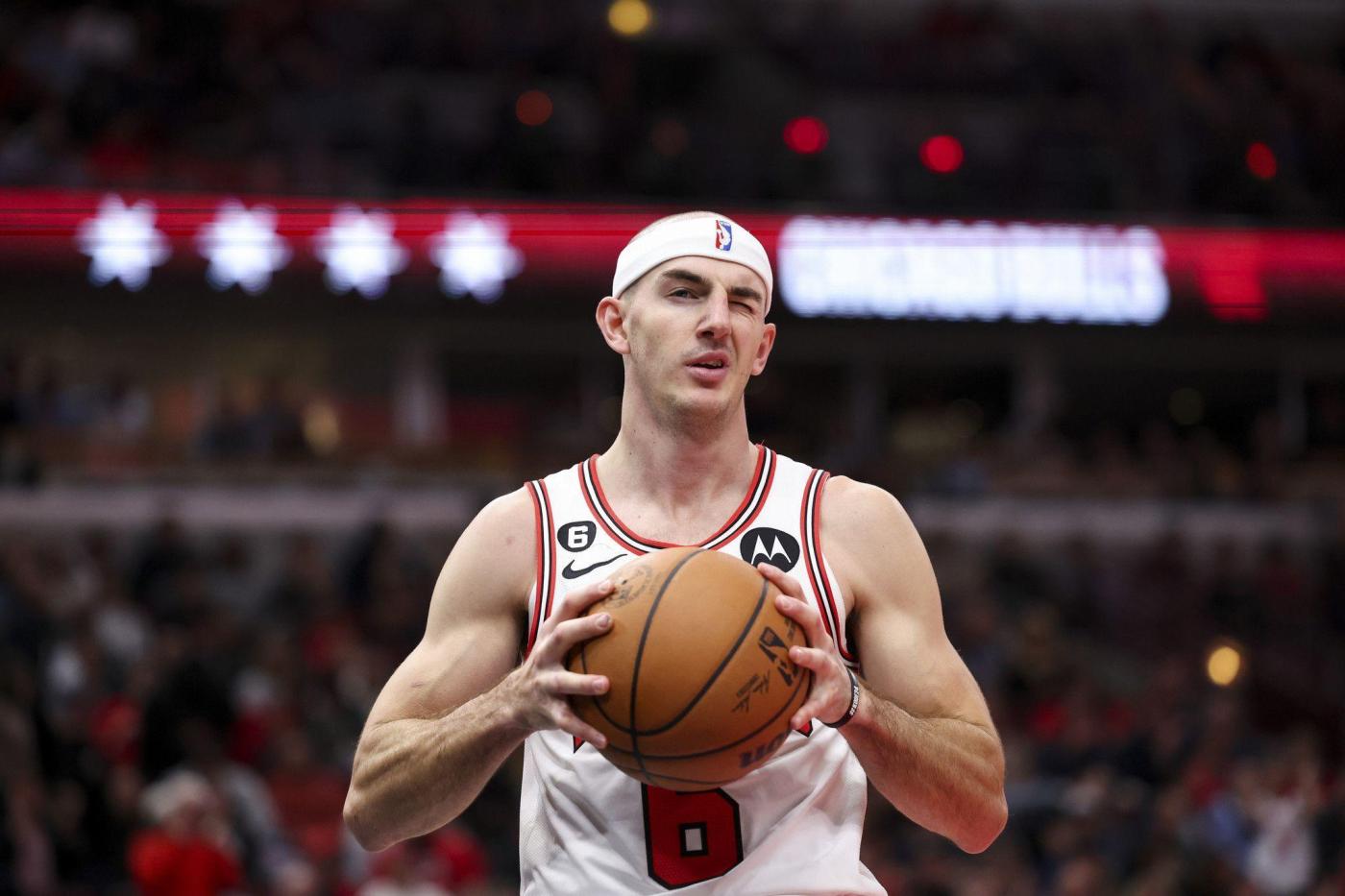 Despite their losing record, the Chicago Bulls seem to have figured out how to defend without Lonzo Ball — at least on paper.

The Bulls are seventh in the NBA in defensive rating (109.8) and in the top 10 in many other important defensive statistics: sixth in steals (8.1 per game), tied for seventh in blocks (5.7) and second in fewest second-chance points (11.1).

But after the devastating deflation of last season’s defense, the question for the Bulls is simple: How long can this last?

“Defensively, we’ve made some strides, we’ve gotten better,” coach Billy Donovan said. “But we have to be able to sustain it.”

At this time a year ago, the Bulls looked like a defensive powerhouse, ranked fifth in defensive rating (103.0) behind the deft duo of Ball and Alex Caruso. Donovan had challenged his team in the preseason to focus its identity on defense, and it was working. Ball was picking off nearly two steals a game, and the Bulls led the league in points off turnovers (20.4 per game).

Then came calamity. Ball went down Jan. 14 with a knee injury from which he still hasn’t recovered. Caruso followed a week later with a broken wrist. The Bulls were bullied in the paint and became sloppy around the 3-point line, finishing 23rd in defense.

With Ball still sidelined, the Bulls seemed poised for another season of defensive mediocrity. But at least in the first month, that hasn’t been the case.

“I don’t think we’re having to cover for him,” Caruso said. “We’re just playing better defense.”

Caruso credits the Bulls’ defensive rigor to a variety of factors: the acquisition of elite rebounder Andre Drummond, the growth of young players such as Ayo Dosunmu and improved accountability from “big dogs” Zach LaVine and DeMar DeRozan.

Caruso also believes better collaboration is a key this season. Even when he’s on the bench, Caruso is rarely in his seat, spending every defensive possession on his feet and shouting directions to his teammates.

“It’s a trickle-down effect,” he said. “One person talks, it gets somebody else talking. That’s something that we’ve been better at this year is being vocal, especially in film sessions, walking through stuff on the court, just trying to figure stuff out. It’s been a positive for us.”

The Bulls defense still has a clear weak point: the 3-point line, where they allow the second-highest percentage in the league (36.7%).

This vulnerability has yet to wound the Bulls too deeply. Despite allowing opponents to shoot efficiently from 3-point range, the Bulls are only 19th in 3-pointers allowed (11.8 per game) and have a positive percentage differential (plus-0.7). But the issue was glaring in Sunday’s blowout loss to the Denver Nuggets, who shot 48.1% from behind the arc.

Donovan noted that using smaller lineups actually can open the 3-point line for opposing teams when the Bulls are forced to double in the paint.

“We’ve got to protect the paint,” Donovan said. “There’s times we’re going to be small across the front line, so what we’re susceptible to is we’re opening up the 3-point line. We’ve got to be able to get out and contest as well.”

Striking a balance between defending in the paint and contesting the 3-point line will be a season-long challenge. But the Bulls also feel 3-point defense comes down to something less tangible: effort.

“We’ve given pretty good effort consistently to contest shots,” Caruso said. “Some teams, we just have to have a higher sense of urgency for some of their shooters. It’s the NBA, it’s professionals. Those guys, if you leave them open, they’re going to make shots.”