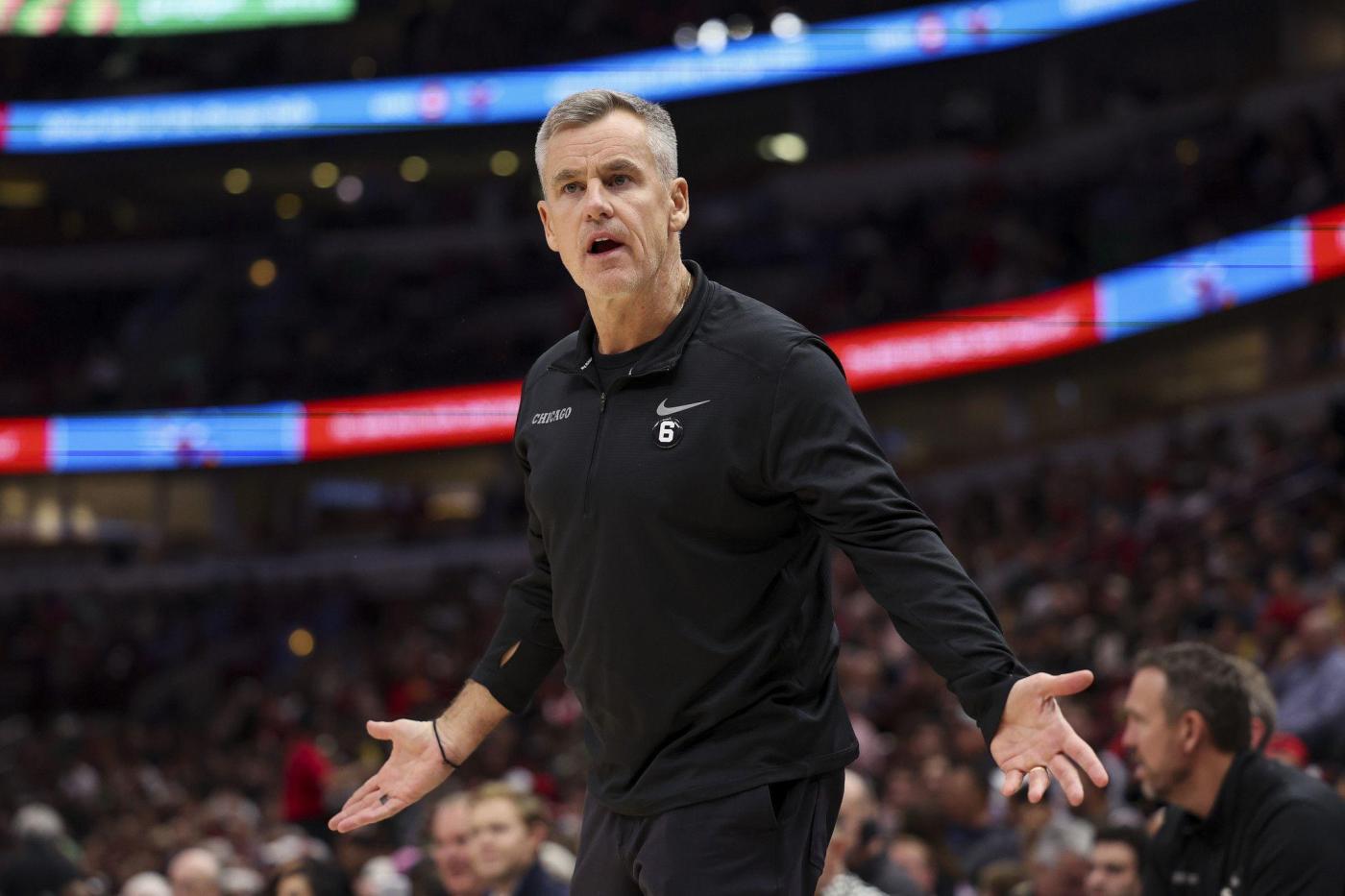 The Chicago Bulls bench earned praise during the first week of the season for defining the style and intensity of the team’s identity this season.

But two weeks into the season, the bench also has helped disguise a key challenge for the Bulls — an inability to start games on a strong note.

The Bulls ranked 25th in the league through Sunday in first-quarter plus/minus (minus-13.6) despite ranking near the top of the league in the second (plus-13.2, fifth) and third quarter (plus-11.4, seventh). Their strength in the middle of games has allowed them to pull off large comebacks against top teams, such as a rally from a 19-point deficit to beat the Boston Celtics last week.

But as the Bulls continue to dig themselves into holes, it’s clear this first-quarter trend isn’t sustainable. Getting off to a slow start goes beyond the numbers — it also allows opponents to set a style and tenor for the game, which can be difficult to shake even when the Bulls get into a stronger flow in the second quarter.

“We just let teams play the way they want,” center Nikola Vučević said. “And then once we wake up, we focus a little more, we get a little more physical, then we’re able to get stops. But it’s got to happen from the beginning or we’re just going to struggle every game.”

The way the Bulls have started games exacerbates preexisting weaknesses such as defending 3-pointers. They are second-worst in the league in defending behind the arc — allowing 14.4 3-pointers per game — and that’s anchored in weak first-half defense. The Philadelphia 76ers, for instance, made 6 of their 14 3-pointers in the first quarter of their victory over the Bulls on Saturday.

“We’ve got to be better about starting the game,” coach Billy Donovan said. “There are some times when you are in help and you’re in rotations and you’re trying to protect the paint, but we’ve got to have better awareness and recognition. One area we can really clean up is in transition because that’s where we’re really, really poor right now.”

The Bulls’ inability to start and end games flies in the face of common logic for a team’s rotations. The starting and closing lineups should consist of a team’s most dependable players, but often the Bulls are digging themselves into holes with their leading scorers — Zach LaVine, DeMar DeRozan and Vučević — on the court.

The players in the second unit rarely outscore the Bulls stars, but they have been more reliable in stabilizing the team after a shaky first quarter.

“I can’t sit there and say it’s one player — it’s that group,” Donovan said. “It’s a group of five players. It’s something we’ve probably got to take a look at and evaluate.”

Improvements to the second unit — spearheaded by the additions of center Andre Drummond and guard Goran Dragić — have given the Bulls more versatility this season. But it’s unsustainable for any team to continually rely on its bench to flip the momentum of a game.

After Saturday’s loss to the 76ers, LaVine said the starters are aware of the challenges they are creating early in games and are eager to flip that pattern.

“That’s been our M.O.,” LaVine said. “We’re getting down in the first unit. Then the second unit usually comes in and saves our ass and plays better. We’ve just got to do better in the beginning.”