Todays Though > News > Chicago Bulls set a franchise record with 82 first-half points in their rout of the Dallas Mavericks. Here are 6 takeaways from the win.
News

Chicago Bulls set a franchise record with 82 first-half points in their rout of the Dallas Mavericks. Here are 6 takeaways from the win. 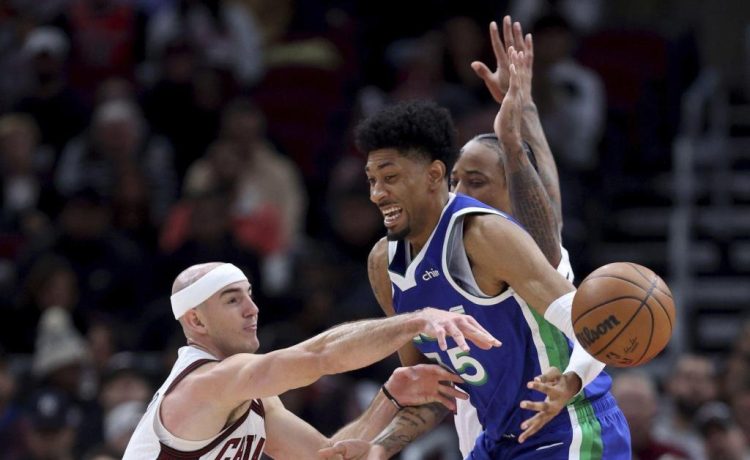 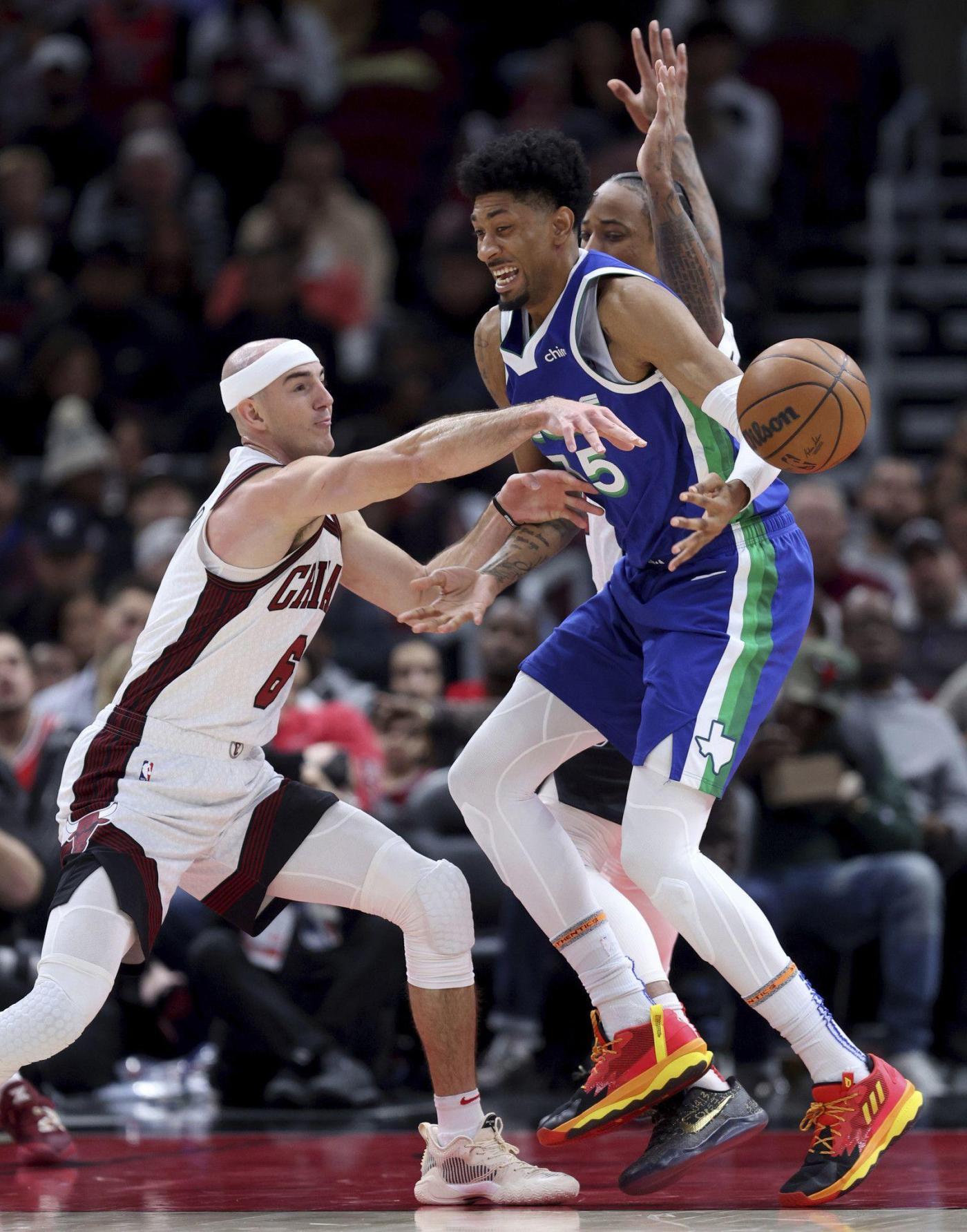 The Chicago Bulls blew out the Dallas Mavericks 144-115 on Saturday night in the first game of a back-to-back.

The Bulls improved to an 11-14 record and are in 11th place in the Eastern Conference.

Here are six takeaways from the win.

1. The Bulls set a franchise record with 82 first-half points.

The Bulls started with a bang, scoring a season-high 40 points in the first quarter on their way to setting a franchise record for first-half scoring with 82 points. They shot 65.9% overall and 58.8% on 3-pointers in the half.

The Mavericks managed to chip away at an early 18-point deficit, pulling within five points in the first quarter. But the Bulls ran away with the game by the end of the first half, entering the locker room with an 82-53 lead.

For a Bulls team that has struggled to establish and defend early leads, the performance provided a galvanizing example of how this team can establish itself.

2. The Bulls enjoyed a banner night from 3-point range.

The Bulls take the fewest 3-pointers in the league — averaging 28.4 attempts — but they easily surpassed that number in the win. The team went 19-for-34 (55.9%) from 3-point range, setting a season high, and eight players hit at least one. Even backup center Tony Bradley got in on the act, making his lone attempt in the final minute.

The Bulls were efficient despite taking six more 3-pointers than usual — Patrick Williams went 4-for-5, Derrick Jones Jr. 4-for-5 and Ayo Dosunmu 3-for-5.

Coach Billy Donovan emphasized an increase in 3-point attempts as a necessity for the Bulls to contend.

“We’re trying,” Donovan said. “I’m not just saying we just want to launch them up because we need to take what the defense gives us. But there are opportunities for us to take more, and I thought we did a good job recognizing and taking the ones that we should take tonight.”

3. The Mavericks were short-handed without Luka Dončić and exhausted after a late start Friday.

This is a win the Bulls should take with a grain of salt. The Mavericks were coming off a 9 p.m. tipoff against the Milwaukee Bucks on Fridayand didn’t get to their hotel rooms in Chicago until 4 a.m., a schedule that drew complaints from coach Jason Kidd. Star guard Luka Dončić sat out Saturday with a strained right quad, removing the most dangerous weapon from the team’s arsenal.

As a result, this was a can’t-lose opportunity for the Bulls. That should be a qualifier for the result — but it’s also a reflection of the importance of the win. The Bulls have struggled against short-handed teams before, barely beating the Washington Wizards on Wednesday despite the absence of Bradley Beal.

If the Bulls are going to get a footing in the East, they need to make statement wins against lesser opponents. Saturday’s victory was one of their first this season.

Despite a strong start, the Bulls took a blow to their lineup in the first quarter when Caruso exited with a bruised tailbone. Caruso logged one point and two assists in six minutes before the injury.

Donovan said Caruso will not travel with the team to Atlanta for Sunday’s game against the Hawks (5:30 p.m., NBCSCH). The coach was uncertain after Saturday’s game whether Caruso would be cleared for any games this week.

Caruso has been injury-prone throughout his six-year career, playing only 41 games for the Bulls last season as he suffered a litany of injuries to his left foot, ankle, right wrist and back. Donovan plans to keep his playing time under 30 minutes in an effort to prevent future absences, but the guard’s all-out style invites injury.

With Caruso’s recent move to the starting lineup, the guard’s availability is more important than ever for the Bulls.

Williams went 4-for-5 from 3-point range and 6-for-10 overall in one of his best performances of the season, finishing with 16 points, three assists and three rebounds.

Despite a slow start to the year, Williams recently has been shooting at the most efficient clip of his career. He is shooting 42.9% from 3-point range while beginning to increase his volume of shots, a much-needed addition for the Bulls as they attempt to beef up their offense from behind the arc.

“We’re just trying to be more poised in those situations to make the right decision,” Williams said. “And if you don’t, just being confident and aggressive with whatever decision you make.”

6. The blowout offers Zach LaVine some rest — and he plans to play Sunday.

LaVine sat the entire fourth quarter after logging 16 points and four assists, allowing him to rest ahead of his second back-to-back of the season. LaVine earlier was held out of back-to-backs as part of a ramp-up approach in his recovery from offseason left knee surgery.

Heading into the game Saturday, Donovan was optimistic that LaVine would be able to play against both the Mavs and Hawks. After the win, LaVine said he planned to play Sunday in Atlanta.

Although the rest helped LaVine avoid exhaustion, he insisted it didn’t affect the decision to play Sunday.

“I was playing either way,” LaVine said.