Todays Though > News > Chicago Cubs are held to 2 hits in a 3-0 loss to the Miami Marlins, ending their 5-game home winning streak – Boston Herald
News

Chicago Cubs are held to 2 hits in a 3-0 loss to the Miami Marlins, ending their 5-game home winning streak – Boston Herald 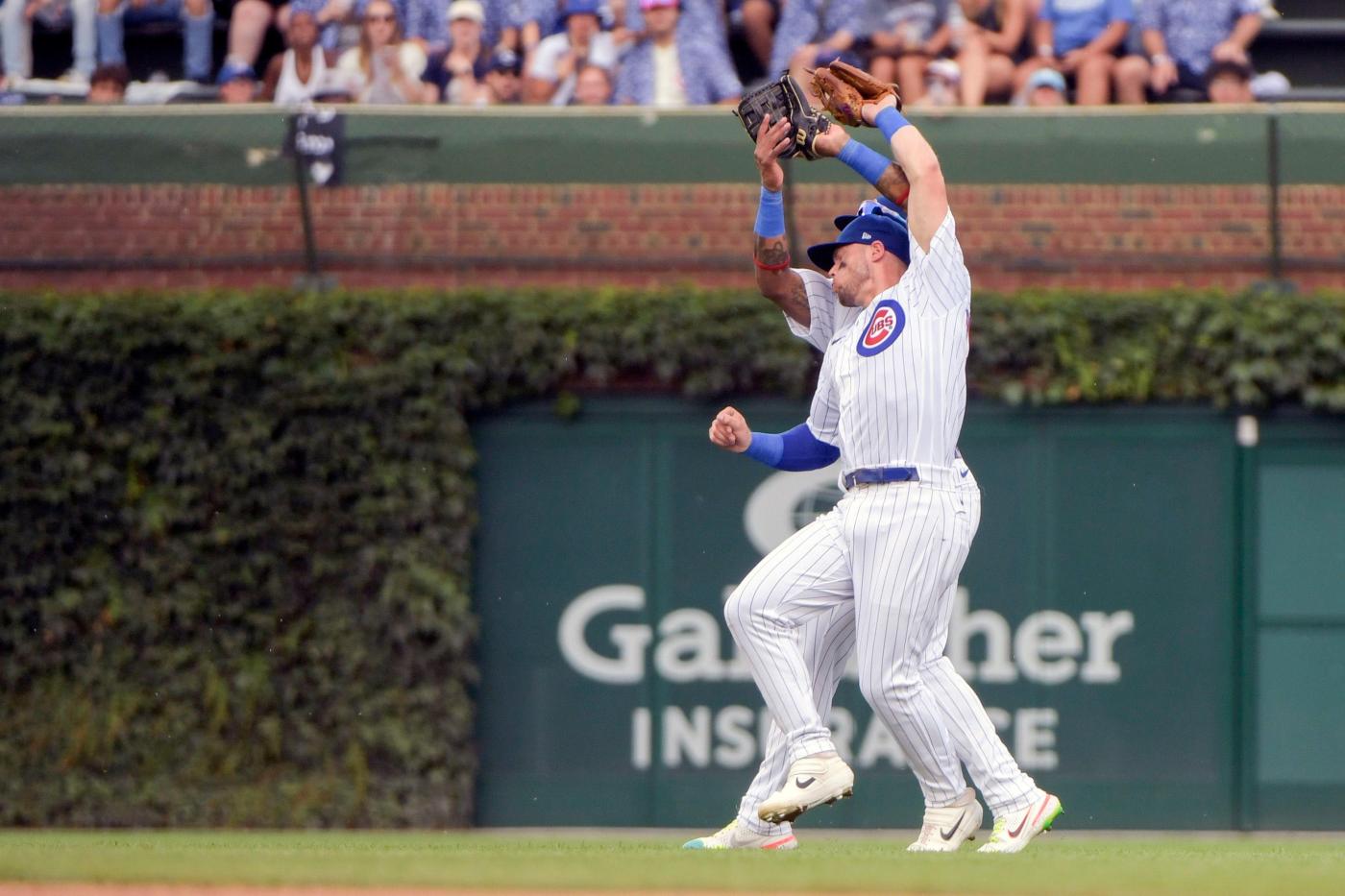 Jesús Luzardo allowed one hit over seven innings for his first win since April, and Jacob Stallings and Peyton Burdick hit back-to-back home runs as the Miami Marlins beat the Chicago Cubs 3-0 on Sunday at Wrigley Field to prevent a three-game sweep.

Yan Gomes singled with two outs in the fifth off Luzardo (3-4). Nick Madrigal’s leadoff single in the ninth against Tanner Scott was the Cubs’ only other hit. Scott got a groundout and two strikeouts for his 15th save.

Charles Leblanc opened the fifth with a double off Adrian Sampson (0-3) before Stallings put the Marlins on the board with his third homer of the year, a two-run drive just over the left-field fence.

Burdick connected on the next pitch for his first major-league home run. He got his first career hit Saturday.

Luzardo struck out six and walked one in his first win since April 30. It was only the Marlins’ second victory in nine games.

Sampson allowed six hits in six innings while striking out four and walking one.

The Cubs had a five-game home winning streak snapped and were shut out for the seventh time this season.

Leblanc tacked on his first career steal to the Marlins’ major-league-best 90 stolen bases this year.

Anthony Bender pitched a hitless inning of relief for the Marlins.

RHP Marcus Stroman (3-5, 4.00 ERA) gets the start Monday night against RHP Paolo Espino (0-4, 4.20) as the Cubs host the Washington Nationals for a three-game series.