Chicago Cubs rally but melt late, falling to the St. Louis Cardinals 5-3 on a sweltering afternoon at Busch – Boston Herald 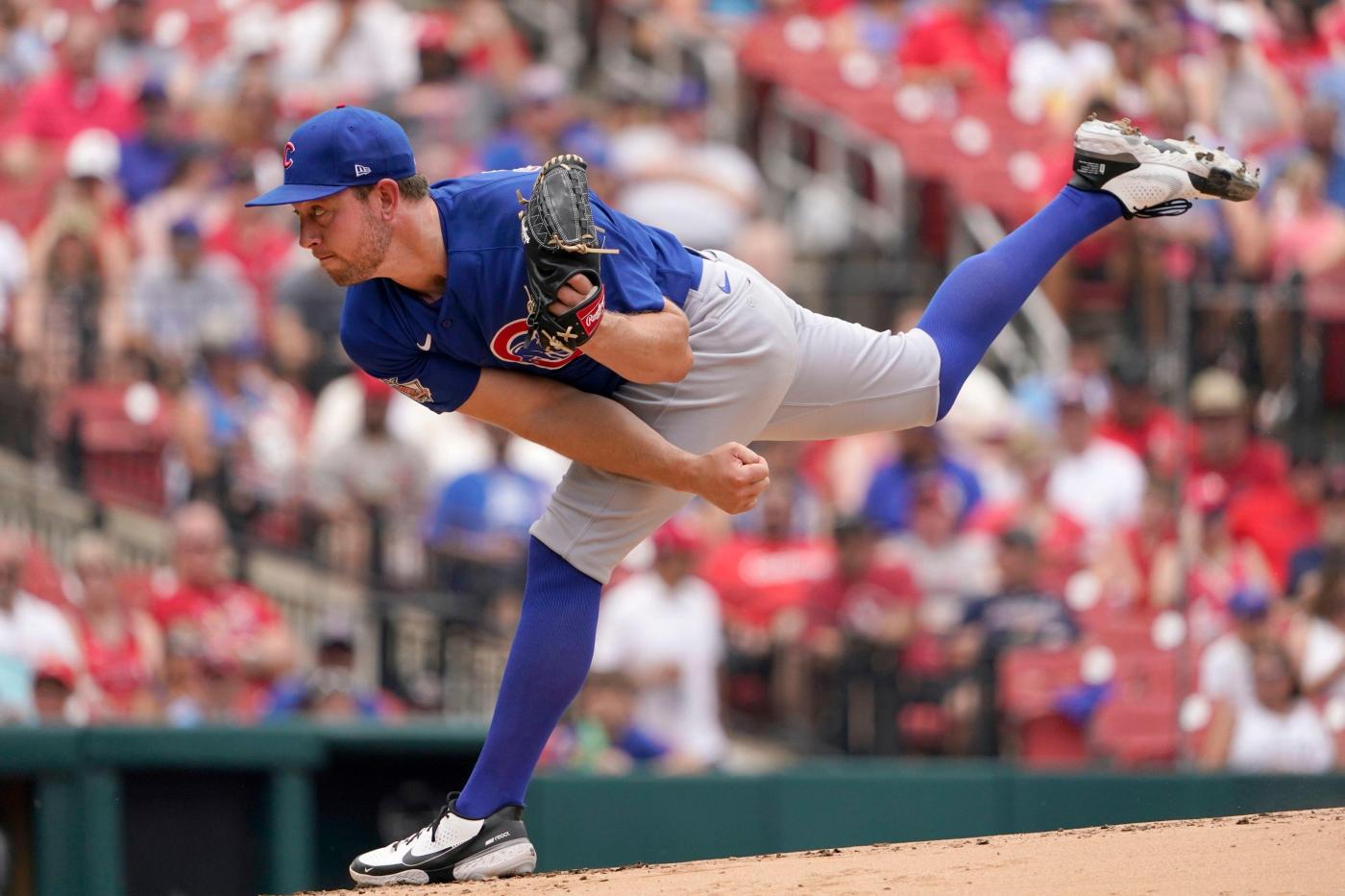 Adrian Sampson admitted to being mad when Chicago Cubs manager David Ross called him into his office last weekend and told him he was being sent down to Triple-A Iowa.

Sampson had just pitched 4 ⅔ shutout innings of relief against the Atlanta Braves and figured he was safe for the time being.

“I was a little upset,” Sampson said Saturday after a 5-3 loss to the St. Louis Cardinals. “I think I handled it not the best, but I thought I told him what I wanted to tell him. You have to be careful when things like that happen. You say the wrong thing and it deters people from wanting to keep you around. I tried to be precise with my words and told him I was not happy with the decision.”

Sampson eventually cooled down and realized the Cubs were going to do “what’s best for the Cubs.” An injury to Daniel Norris gave the Cubs the chance to bring Sampson back from Iowa, and he found himself in the starting rotation Saturday.

Sampson pitched five strong innings, allowing two runs on four hits with five strikeouts in 97-degree heat. He left trailing 2-1 and got a no-decision after the Cubs tied it at 3 on Rafael Ortega’s two-run, eighth-inning home run.

But the Cardinals came back to score a pair of runs in the bottom of the inning off Mark Leiter Jr. and held on to even the series at a game apiece. The Cubs are 0-35 this season when trailing after seven innings.

Sampson, 30, was acquired off waivers from the Seattle Mariners on May 13 but designated for assignment eight days later before getting a chance to pitch. He signed a minor-league deal with the Cubs on May 31, continuing his up-and-down-and-up-again career that seems to be on the rebound again.

He wasn’t surprised that he was sent down as a reliever, told the manager it was the wrong decision and called up as a starter in the same week.

“Baseball is weird, so nothing surprises me anymore,” he said. “I’ve seen it all.”

Maybe, but it’s only June and he plays for the Cubs, so chances are he hasn’t seen it all just yet.