Todays Though > News > Chicago Cubs rally to win a series against the St. Louis Cardinals — then the subject turns to trade speculation – Boston Herald
News

Chicago Cubs rally to win a series against the St. Louis Cardinals — then the subject turns to trade speculation – Boston Herald 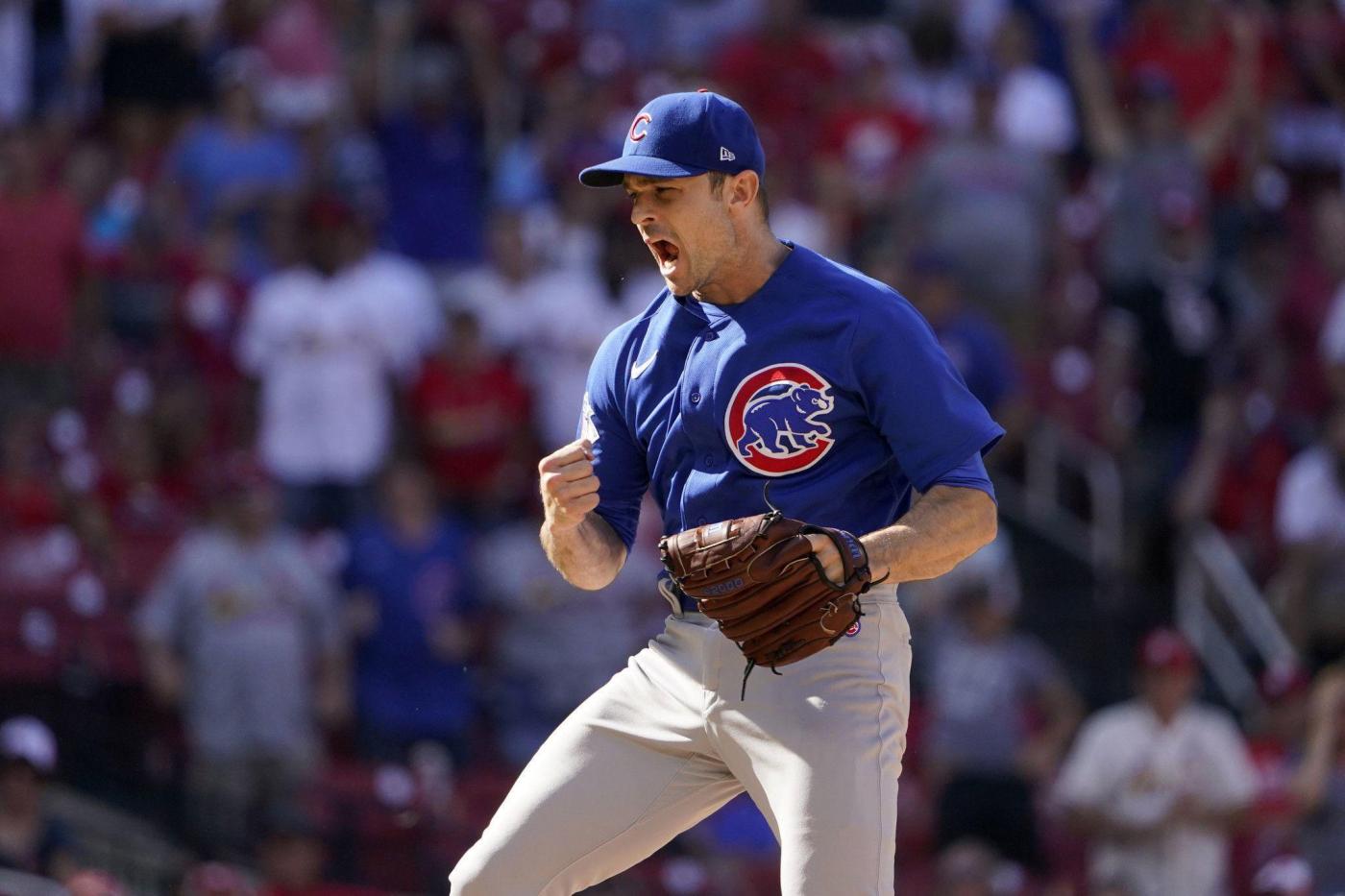 The Chicago Cubs rallied from a five-run deficit Sunday to beat the St. Louis Cardinals 6-5 in 10 innings, taking the series and ending a 17-games-in-17-day stretch with a 5-12 record.

In the postgame clubhouse afterward, one of the TVs was turned to the Philadelphia Phillies game, in which former Cubs slugger Kyle Schwarber hit a home run, causing Kyle Hendricks to turn his head and watch his former teammate round the bases.

There is life after the Cubs, and if the sell-off in July 2021 proved anything it’s that no one is untouchable.

As satisfying as Sunday’s comeback win over the first-place Cardinals was for the Cubs as they near the end of a disastrous June, the players all know what’s coming next — nonstop speculation about where they might wind up before the Aug. 2 trade deadline.

It happens with every team out of contention, and the Cubs have been in a free fall for weeks, making another sell-off inevitable.

“Last year was a good learning experience for me,” Ross said. “If they have questions they come into my office and I try to fill them in as best I can of what I’m hearing and pass that along to (President Jed Hoyer) if I need to.”

Willson Contreras is the likeliest trade candidate as a pending free agent and the best available catcher on the market. Contreras, who drove in three runs Sunday as the designated hitter — including the game-winning RBI single in the 10th — said he’s not going to let anything become a distraction.

“Even if I’m not playing, I’m doing my best to keep these guys on track and helping them any way I can.”

Contreras was 2-for-23 on the trip before tying the game with a two-run single in the five-run fourth and driving in Nelson Velázquez with the go-ahead run with an opposite-field single in the 10th.

“It’s baseball, it’s just called baseball,” Contreras said. “I’m human. I’m going to have bad stretches. The only thing I can control is how good of at-bats I can get each time I go to home plate.”

Ross said Contreras has been in a “really good place mentally” and been the same person every day.

“I think he’s been more relaxed this year than I’ve seen him,” Ross said. “Willson has seen (Rizzo, Bryant and Báez) go through all that stuff and experience that.

“When you have that experience and know there’s really nothing you can control when you come in to do your job, there’s not a whole lot I need to say or that needs to be said (to him).”

Rafael Ortega also drove in a pair of runs in the Cubs’ five-run inning and could be another player drawing interest. Ross said Jason Heyward is dealing with “knee issues,” so Ortega could get more opportunities in the coming days. The journeyman outfielder is more realistic than most about his status. Seiya Suzuki will eventually come back, and Heyward is not going anywhere. Ortega also knows dealing with trade speculation is an occupational hazard for any player, and was brutally honest when discussing it with reporters.

“I’ve seen it from afar, I’ve seen what’s happened,” Ortega said through an interpreter. “I don’t just play for my team. I also play for the other (29) teams here that are looking. They might have scouts, people observing (me). I only control what I can. I’ve seen it before with other players. If another team might be interested in me, it would be an honor for me and something I would be excited about.”

Closer David Robertson, who notched the win with 1 ⅓ innings of scoreless relief, is another prime trade candidate for teams looking for late-inning relief. That means any team still in contention by late July. Asked recently if he hoped to stick around, Robertson replied: “I love it here in Chicago. This is my second stint here (after playing for the White Sox). I wouldn’t have come back if I didn’t like it.”

Contreras also enjoys being in Chicago and has been in the organization longer than any other Cub after being signed as an international free agent in 2009. He said he would be “proud” to wear a Cubs jersey in the upcoming All-Star game in Los Angeles and is the likely starter as the leading vote getter as National League catcher. His brother, William, who plays for the Atlanta Braves, might also make the NL team as DH now that Phillies star Bryce Harper is out with a fractured left thumb.

“This is my house, and it’s been my home for 14 years,” Willson Contreras said. “Not many players can say that. The first time I got here was in 2009, and nobody was here. I’ve seen everybody come to this club over the years. It’s going to mean a lot to me and lot to my family. They gave me the opportunity to become a professional baseball player.

“Hopefully we’ll get to share it with my brother. We’ll have a nice party for sure.”