Todays Though > News > Chicago Cubs select Cade Horton, a right-handed pitcher from Oklahoma, with the No. 7 pick in the MLB draft – Boston Herald
News

Chicago Cubs select Cade Horton, a right-handed pitcher from Oklahoma, with the No. 7 pick in the MLB draft – Boston Herald 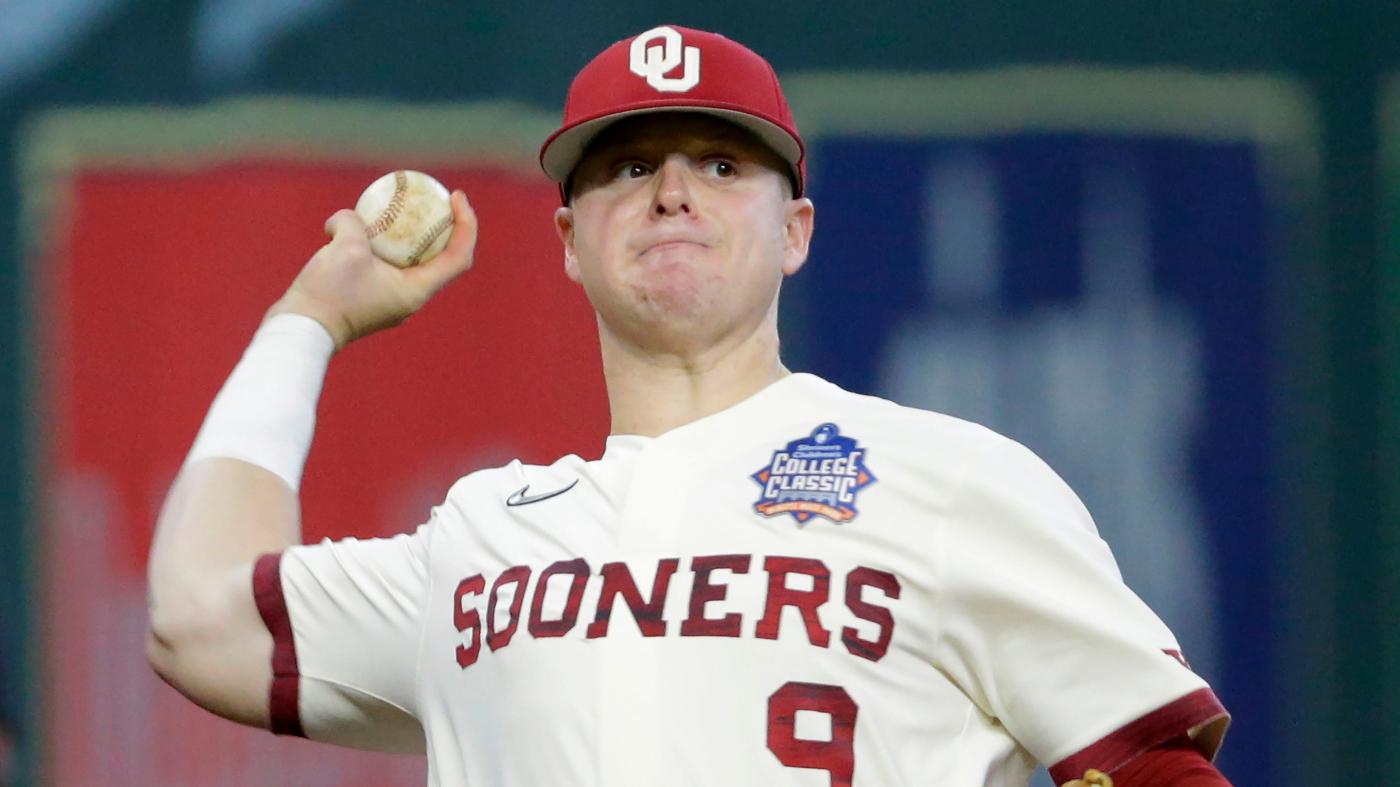 The Cubs selected Horton, a right-hander out of Oklahoma, with the No. 7 pick in the MLB draft. One of Horton’s first calls Sunday night as a member of the organization went to Cubs prospect Ed Howard.

Horton kept in touch with Howard after playing together in MLB’s Prospect Development Pipeline (PDP) League during the summer before their junior year of high school. They almost reunited in college. Howard committed to Oklahoma before signing with the Cubs as the 16th pick in 2020.

Going into the draft, Horton said the Cubs were “definitely on the radar.” He watched the draft with his family and high school and college teammates at his home in Norman, Okla.

“It’s crazy. It doesn’t feel real,” Horton said Sunday night on a video conference call. “I’m just so blessed to be in this position and ready to get to work.”

When the moment arrived for the Cubs to make their first-round pick, they could have opted for one of the top available hitters. They instead went with Horton.

“Throughout the year we noticed that there were some pitchers that ended up standing out and maybe changing that narrative a little bit in terms of it being a high school hitter-heavy draft,” Cubs vice president of scouting Dan Kantrovitz said on a video call Sunday night. “The industry might have thought a little bit differently in terms of, at the end of the spring, what the strength ended up being.”

When Horton was deciding whether to go pro out of high school in 2020, Kantrovitz and the Cubs were one of the teams to make a home visit before the pandemic. When Kantrovitz called to congratulate Horton on Sunday night, he asked if Horton remembered that visit more than two years ago. Horton replied, “Of course.”

“It was nice to hear that and to have that connection remain intact,” Kantrovitz said. “Building the history of a player like that also gave us confidence that we had a pretty good handle on his makeup as well.”

Horton is the Cubs’ highest draft pick since they took Kyle Schwarber with the fourth pick in 2014. The Cubs previously picked at No. 7 twice: In 1974 they drafted outfielder Scot Thompson (626 major-league games, minus-5.7 WAR, third in National League Rookie of the Year voting in 1979) and in 1976 they took right-hander Herman Segelke (three games, minus-0.1 WAR).

Baseball America ranked Horton the 23rd-best player in the draft, while MLB.com ranked him 24th. Horton appears to be an underslot pick — No. 7 is valued at $5,708,000 — in which the Cubs save money to use on other players.

Kantrovitz indicated the Cubs targeted Horton and second-round pick (No. 47) Jackson Ferris, a left-hander from IMG Academy in Florida, so they potentially could spread around bonus pool money.

“It ended up coming to fruition,” Kantrovitz said.

Before the draft, Kantrovitz called the Cubs’ bonus pool figure “exciting” and expected it to give the organization “ammunition” to land some of the better players in the top 10 rounds.

“Now we have to try to figure out how we’re going to optimize our entire draft,” Kantrovitz said last week. “That plays into the calculus of each pick. Who we’re going to pick, how much we’re going to pay them. And at the end of the day, we want to have the best draft we can based on, hopefully, having signed 20 players. But that has to be in the context of the overall pool.”

Ferris, 18, transferred to IMG Academy before his junior year and is coming off a senior season in which he had a 1.33 ERA (eight earned runs in 54⅓ innings) in 10 outings. The 6-foot-4 lefty struck out 103 hitters for 17.1 strikeouts per nine innings while holding opponents to a .142 batting average and a .203 on-base percentage.

Baseball America rated Ferris, an Ole Miss signee, as the No. 34 prospect in the draft, and MLB.com had him at No. 19. Kantrovitz doesn’t anticipate any signability issues with Ferris.

“Jackson is unique in the sense that he’s got a four-pitch mix right now, and he throws them all in a game,” Kantrovitz said.

The emergence of a slider toward the end of the 2022 season became a game changer for Horton. He first showcased it during the Big 12 Tournament and saw his usage generate more whiffs and strikeouts.

“Adversity makes us who we are, and I think the biggest thing I learned is how to be a good teammate,” Horton said of going through the surgery. “I’ve always been the guy that has never really sat on the bench. I’ve always been out there playing, and that injury forced me to sit on the bench and so I had to learn how to keep the other guys going when things weren’t going so well.”

The Sooners made the finals of this year’s College World Series in Omaha, Neb. Horton impressed in Game 2 against eventual champion Ole Miss, allowing two runs and four hits in 7⅓ innings with no walks and 13 strikeouts in a 4-2 loss.

“It’s awesome to be able to be on that stage,” Horton said. “You talk about adrenaline and I wanted to calm myself down more than anything just so I could focus on taking it one pitch at a time and just hitting a target and focusing on what I wanted to do on that certain pitch.”

Horton also appeared in 50 games for Oklahoma as a hitter, including 25 starts at third base, four at shortstop and 11 as the designated hitter. He believes his experience playing the infield helps him hold runners on base and understand how hard it is to hit.