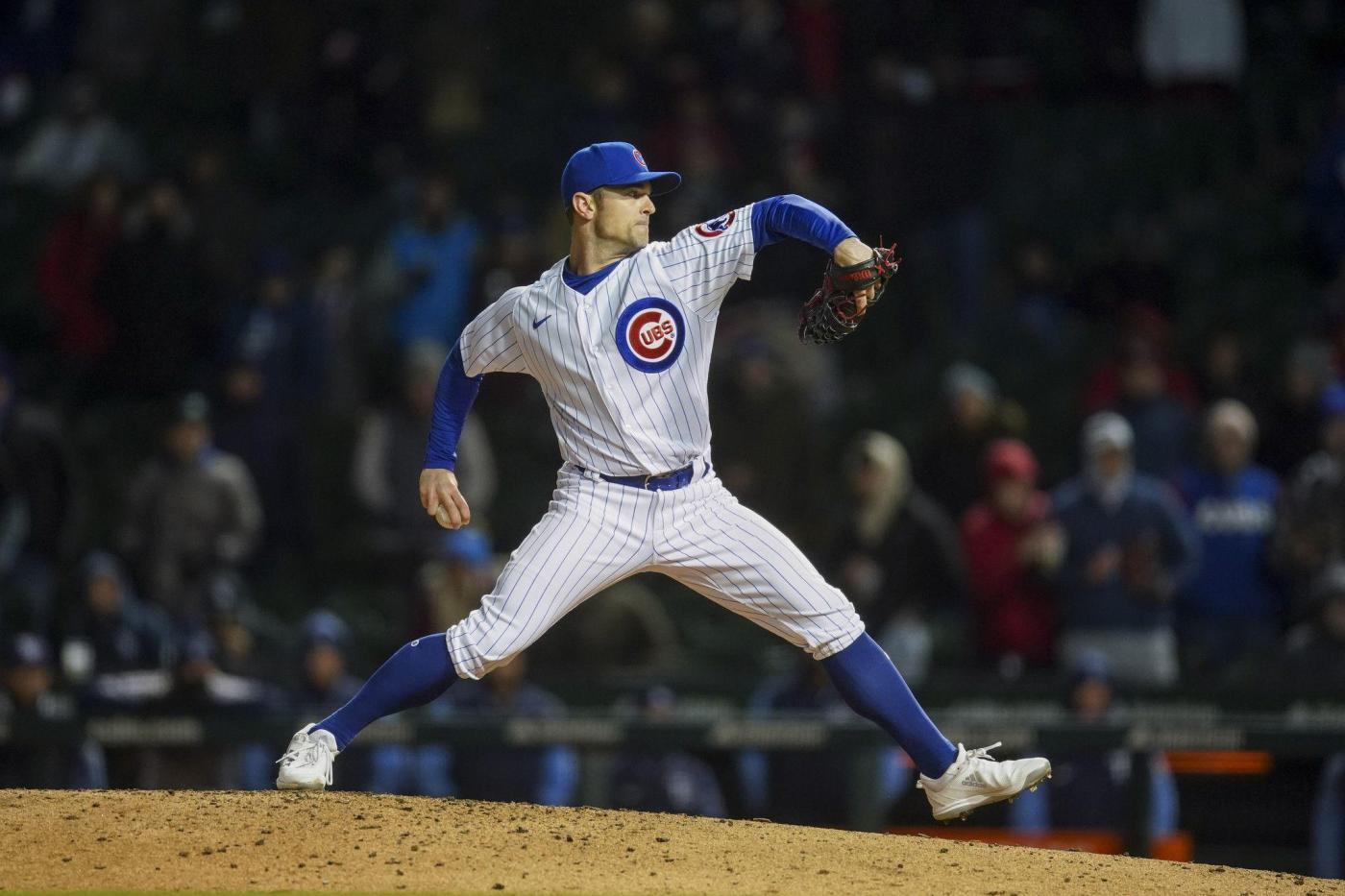 David Robertson is getting another opportunity with the Philadelphia Phillies.

He never had a chance to be the type of high-leverage reliever he expected to be when signing a two-year, $23 million contract before the 2019 season. Seven appearances into that season, Robertson suffered an arm injury that required Tommy John surgery, and he didn’t throw another pitch in a Phillies uniform.

Robertson gets another chance to be what the Phillies needed after the Cubs traded him Tuesday to the Phillies for pitching prospect Ben Brown.

Brown, 22, was recently promoted to the Phillies’ Double-A affiliate after recording a 3.08 ERA in 16 games (15 starts) at High A Jersey Shore. Baseball America’s midseason rankings had him seventh in the Phillies system.

Robertson wasn’t the only Cubs reliever on the move Tuesday. Veteran right-hander Mychal Givens was dealt to the New York Mets minutes before the 5 p.m. deadline.

Givens, 32, posted a 2.66 ERA and two saves in 40 appearances for the Cubs, who in the offseason targeted veteran arms to bolster the pitching staff and possibly create trade-deadline leverage.

Givens hasn’t allowed an earned run since June 14, a stretch of 16 games (17⅓ innings). In that span, hitters are batting .186 with only two extra-base hits against Givens.

Robertson sounded excited about a potential reunion with the Phillies when talking to the Tribune last month about the possibility.

“I know a lot of people there; it would be great,” he said. “It’d be nice to pitch there after being so excited to go there. My body just let me down. It was a great spot for that contract. I was like, ‘This is perfect. I’m going to get to maybe be the ninth-inning guy, eighth inning, high leverage,’ and then my elbow blew out. It was frustrating.”

Robertson’s bet on himself paid off.

After the surgery cost him two seasons, the 37-year-old regained his form this year. He appeared in 12 games with the Tampa Bay Rays in 2021 for his first big-league action since April 2019.

Robertson, who represented himself during contract talks, wanted to find the right fit. It led to a one-year, $3.5 million deal — including up to $1.5 million in incentives — with the Cubs in March.

And now he’s on the move to a playoff contender.

Before last week’s series opener in San Francisco, Robertson reflected on how he would look back on his four months with the Cubs if he was traded.

“I got another opportunity and got a deal that I thought was favorable to me and I thought it was a pretty fair shake at it to rebound back into my career,” Robertson said. “I can’t thank the Cubs enough, and I’ll continue to play hard as long as I’m a Cub. … I’ve had a great time. Wrigley’s an unbelievable place to play baseball. It’s nice to be on the home side and not on the road side.”

He fulfilled his dream of hitting in a major-league game when manager David Ross let him pinch hit against the Pirates on June 22 in Pittsburgh. Robertson struck out swinging on a full-count pitch from Pirates infielder Diego Castillo.

Ross avoided publicly naming a closer entering the season, but it quickly became clear that Robertson was the veteran the manager wanted in the role. Robertson converted 14 of 19 save opportunities, his most since 2017.

His 33 postseason relief appearances made him a valuable commodity leading to the trade deadline. Robertson owns a 3.11 ERA and 1.062 WHIP in 37⅔ postseason innings, which includes a World Series title in 2009 with the New York Yankees.

The departures of Robertson and Givens potentially create more high-leverage and save situations for Rowan Wick.