Todays Though > News > Chicago White Sox allow 4 runs in the 7th inning and fall to the Detroit Tigers 7-5, their 4th loss in 5 games – Boston Herald
News

Chicago White Sox allow 4 runs in the 7th inning and fall to the Detroit Tigers 7-5, their 4th loss in 5 games – Boston Herald 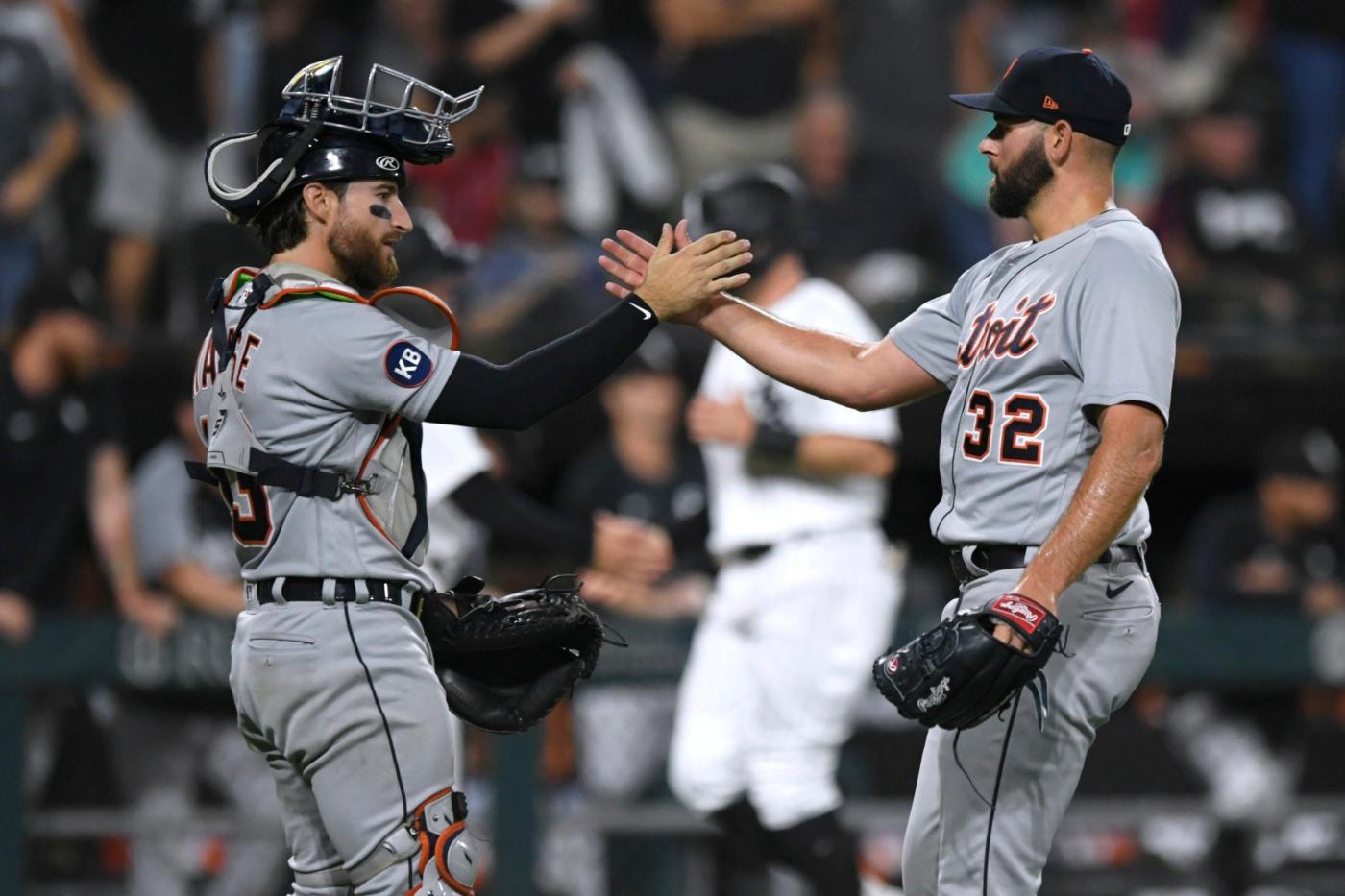 The Chicago White Sox retired the first two batters in the top of the seventh Friday against the Detroit Tigers.

A lot happened before they got the final out of the inning.

The Tigers scored four runs in the frame on the way to beating the Sox 7-5 in front of 29,215 at Guaranteed Rate Field.

The score was tied at 2 when the seventh began. But the Tigers got four hits and two walks in the process of scoring the four runs and then held off a late comeback attempt from the Sox.

“I’ve got to give us a better chance there,” Sox starter Lucas Giolito said. “I was doing well and then I put us right in a hole that our offense had to try to climb out of. And they gave it a hell of a shot.

“It was good and then it was really bad,” Giolito said.

The home woes continue for the Sox, who have lost four of five on the homestand.

Anderson, voted the starting shortstop for the American League for the All-Star Game earlier in the day, had two hits. He singled and scored on Luis Robert’s two-run homer in the first.

Giolito allowed one hit through the first five innings. Spencer Torkelson drew a walk to begin the sixth. Jeimer Candelario followed with a home run to right, tying the score at 2.

“The homer, just left the changeup up,” Giolito said. “I’m really (ticked) off about that inning is the walk and then the next inning the same thing, walk comes back to hurt me.”

After getting the first two outs of the seventh, Giolito allowed a single to Jonathan Schoop. Torkelson walked and Candelario gave the Tigers the lead with a single to right.

“Did he get the first two outs? Did he pitch a hell of a game?” Sox manager Tony La Russa said when asked about the seventh. “He gives up a base hit, tough walk on 3-2 and I make a decision that he’s earned a right to get that last out. He got him out the first time. Second time, a home run. That’s the process.

“He’s the guy that I thought earned that right to get that out, and I was confident he would.”

Joe Kelly replaced Giolito and gave up an RBI single to Willi Castro. Javier Báez added a two-run double, making it 6-2. The crowd booed as the Tigers built their lead.

Miscommunication in the outfield between the Robert and Adam Engel led to another Tigers two-out run in the eighth. The center fielder Robert was charged with an error after not catching Torkelson’s fly to right-center. A run scored, making it 7-2.

“If you ask him, he’ll say he should have caught it, but it wasn’t a routine play,” La Russa said. “Those guys are converging, so it could be a little distracting.”

The Sox staged a two-out rally in the bottom of the inning. Eloy Jiménez had an RBI single. Gavin Sheets hit a grounder to first that Torkelson couldn’t cleanly field. A run scored on what was ruled a hit. Seby Zavala’s RBI single made it 7-5.

Andrew Vaughn, who didn’t start for the second consecutive game after recovering from an illness, pinch hit for Leury García representing the go-ahead run, but Tyler Alexander struck him out to end the inning.

Anderson got hit by a pitch with one out in the ninth and Pollock singled. Robert struck out and José Abreu flied out to right as the rally fell short.

“Everybody is all in,” Anderson said. “We understand what we are trying to do. Just got to go out and be better and keep working. Hopefully that brings wins.”