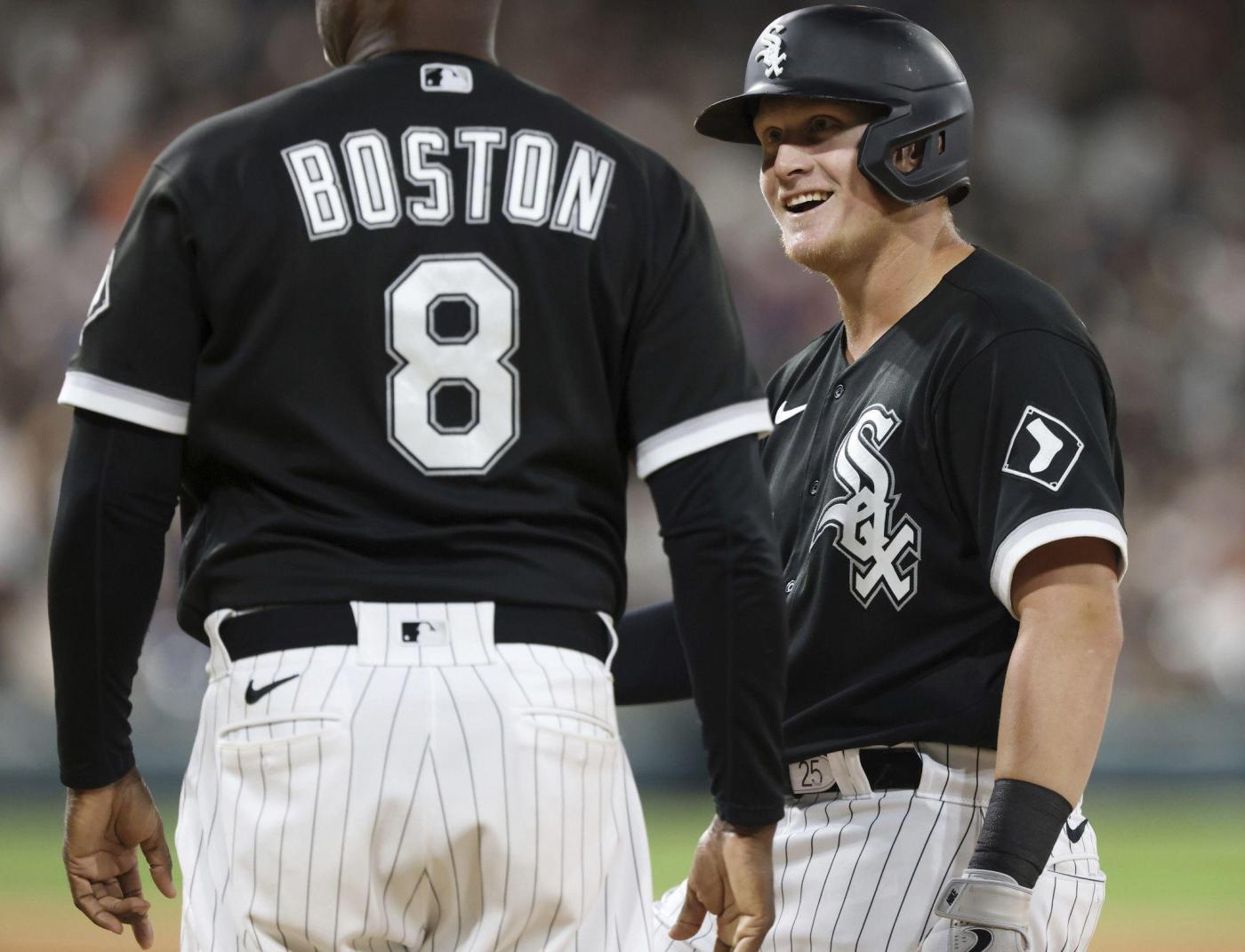 Luis Robert looked to jump-start the Chicago White Sox offense in the sixth inning of a scoreless game Friday against the Detroit Tigers, attempting to steal second base.

Robert slid headfirst but didn’t get to the bag as he made contact with the left leg of second baseman Jonathan Schoop, who was trying to make a tag.

Robert twisted and lay on his back in pain. After being checked out by the training staff, he exiting with a sprained left wrist.

“He said it felt tight, some soreness,” La Russa said.

AJ Pollock shifted to center field with Robert not in Saturday’s starting lineup.

It was another day of juggling for the Sox, who have dealt with injuries throughout this season.

Leury García returned to shortstop after missing the previous three games because of hip and back soreness. García is filling in for Tim Anderson, who went on the injured list Tuesday with a sagittal band tear on the middle finger of his left hand. Anderson likely will miss about six weeks.

“We got a lot of practice over two years (dealing with injuries), and it’s a collective thing,” La Russa said. “Players know it’s part of the game. Games still count. You concentrate on what you have, not what you’re missing. “We respect the fact that the (injured) guys, we wish we had them.”

“But the games still count, so players, staff, you compete with what you got. This sport is big enough. You’ve got 13 pitchers and 13 other players. You can deal with injuries if your mind is right, and our minds are right.”

The Sox found a way Friday, with Andrew Vaughn’s two-out, two-run single in the seventh serving as all the offense in a 2-0 victory.

While he didn’t factor in the decision, starter Michael Kopech had a night to remember. The Sox right-hander had a career-high 11 strikeouts in six hitless innings.

“He’s always got the talent and the stuff,” La Russa said Friday after the game. “He’s a pitcher. He located, threw breaking balls in different counts. He had a good breaking ball. Moved his fastball around and had life. Right there at the end, he had good command of his fastball to go with the other stuff he was throwing.”

Kopech said he was “dragging quite a bit” between his last two starts. He had a shorter sideline session leading up to Friday’s outing.

“It’s just been communication and we continue to do that and I think we are in a good spot,” Kopech said.

Kopech showed just how good, striking out the side in the second. He had another strikeout to begin the third, struck out two of the three he faced in the fourth, three of the four batters in the fifth and two of three in the sixth.

He left after 85 pitches. According to STATS, Kopech became the first Sox pitcher since at least 1974 to exit a game with a no-hitter of at least six innings pitched still intact.

While he wanted to remain in the game, Kopech said he understood the decision to have the bullpen take over. Javier Báez led off the seventh with a single to right-center against reliever Reynaldo López.

The Sox have been conscious of Kopech’s workload all season.

“I was born and raised with players, especially pitchers, you don’t do anything knowingly to jeopardize their career,” La Russa said. “You want them to pitch as long as they can, healthy. Been that way the whole time. Not going to change now. I like the fact he wanted to go back out there, I don’t blame him. And I also appreciate the fans wanting him to go back out there.”

Kopech said the communication has been good as he has made the move back to the rotation after working mostly as a reliever in 2021.

“We talked about playing it from start to start all year,” Kopech said. “That’s what we are going to continue to do. We are not looking too far ahead. See how I feel tomorrow and the day after and then good to go for five days from now after that. We’ll continue to go day by day. That’s an important thing in a 162-game season.

“Especially when we are trying to make a push to be in the playoffs. We are just taking decision-making slow. But I’m going to be transparent with them as they’ve been transparent with me.”

“Just getting a full season under my belt this year and being a competitor for — I don’t know how many starts I’m going to have but as many as I’m allotted,” Kopech said. “I think that will set me up for a good position moving forward.”