Chicago White Sox close homestand with a lopsided 21-5 loss to the Houston Astros, settling for a 4-game split – Boston Herald 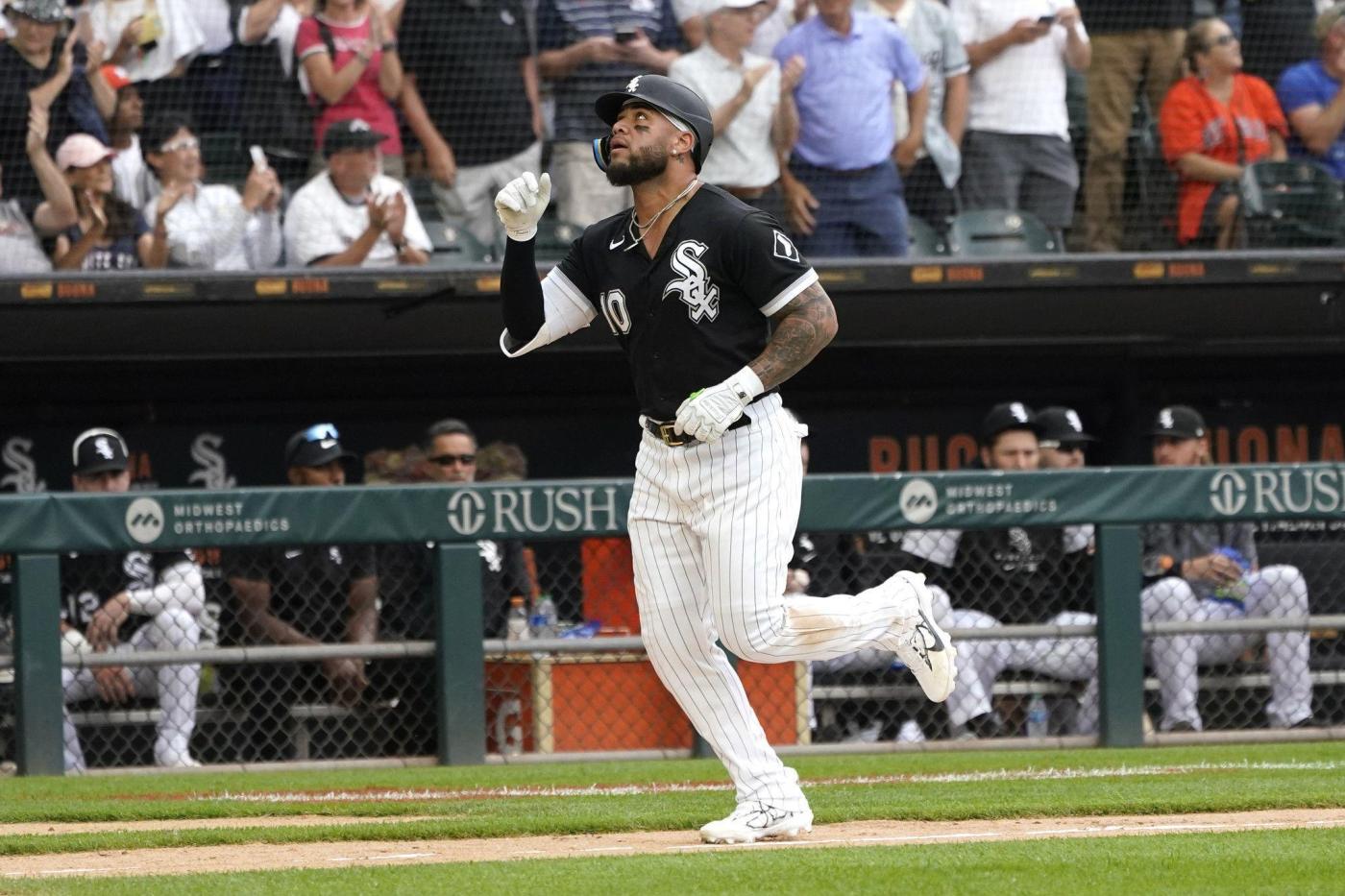 The Chicago White Sox had an opportunity to inch closer to first place ahead of a big series against the division-leading Guardians in Cleveland.

Instead, they closed out a homestand with a clunker Thursday against the Houston Astros.

The Sox surrendered four home runs, including two two-run homers to Alex Bregman, in a lopsided 21-5 loss in front of 24,407 at Guaranteed Rate Field.

A series that began with a pair of thrilling wins for the Sox ended with a thud. The 21 runs are the most the team has allowed in a game this season and the most in the history of the ballpark.

The Sox also surrendered a season-high 25 hits and had to settle for a split of the four-game series.

“Disappointing,” La Russa said of the split. “We were up two (in the series) and (Thursday), you think the fans had a tough time? That’s tough to take for all of us. That’s a brutal afternoon.

“(Wednesday’s) game, we had a chance and we didn’t get it (losing 3-2). Be thankful for the two but when you win the first two you want more. We have to stay hungry and we were (Wednesday) but (Thursday) it got away early.”

The Sox fell 2½ games behind the idle Guardians in the American League Central. The teams begin a three-game series Friday at Progressive Field.

“Obviously I didn’t do my job,” Sox starter Lucas Giolito said. “It was pretty terrible. (Friday’s) a new series, important series. You just forget about (Thursday) and get after it.”

It’s the seventh time in franchise history the Sox allowed at least 21 runs in a game and the first since Aug. 30, 1970, against the Boston Red Sox, when they also gave up 21 runs. The runs allowed were tied for the second most in Sox history, one shy of the club record of 22 set on July 26, 1931, at the New York Yankees.

It’s also the seventh time in team history that the Sox allowed at least 25 hits in a game, the first since Aug. 31, 1974, against the Yankees when they also gave up 25 and one shy of the franchise record set on June 20, 1932, against the Philadelphia Athletics.

“It just wasn’t a good day for the White Sox, but in this game it’s one day,” La Russa said. “We split with those guys who are really good, and now let’s take care of business in Cleveland.”

Giolito didn’t make it out of the fourth, allowing seven runs on eight hits with five strikeouts and a walk in three-plus innings. He allowed 15 runs in eight-plus innings in his two starts against the Astros this season.

“I didn’t think my stuff was very good either, but (I) missed locations and they hit it hard,” Giolito said. “That’s generally the story of how it went.”

He gave up a solo homer to Trey Mancini in the second. Bregman drove in two with a two-out double in the third and scored on a Kyle Tucker single on a ball that went off the glove off a leaping Romy Gonzalez at shortstop.

“He’s as responsible as any starter we’ve got,” La Russa said. “He knows he has to get deep into the game. It was cruel when he strikes out (Yordan) Alvarez (for the second out in the third) and then three runs later couldn’t get the third out. They got a lot of two-out runs against us.”

Giolito faced three batters in the fourth, allowing a double and two singles.

“You take the ball 30-some times and you are going to have a day where it just doesn’t work,” La Russa said. “That was (Thursday). For him, when you have an offense like that, it makes you pay early and often.”

The Astros scored six in the fourth, with two coming on a Bregman homer against reliever Vince Velasquez.

Bregman hit another two-run homer against Velasquez in the sixth and finished with six RBIs.

The Astros scored four in the eighth against reliever José Ruiz and four more in the ninth against position player Josh Harrison. The 25 hits matched a franchise record for the Astros, who last accomplished the feat Aug. 10, 2019, at Baltimore.

“I think guys did a really good job of not giving any at-bats away,” Bregman said. “It’s August, it’s late in the year, but the guys’ focus was good. We swung at good pitches, and I was proud of our at-bats as a unit.”

While it was a deflating day for the Sox, Yoán Moncada wrapped up a productive series with a three-run homer in the fifth. The third baseman had seven RBIs in the four games, including driving in the go-ahead runs Monday and Tuesday.

The Sox went 5-2 on the homestand, winning the first five before dropping two. Now the focus shifts to the Guardians, who hold an 8-5 edge in the season series.

“(If) we would have won 25-5, we would have had to move on,” La Russa said when asked about the steps to bouncing back after Thursday’s blowout. “You get beat, there’s a lot of people upset in that clubhouse. It wasn’t fun. It was tough.

“They beat us up. They deserve the credit. We take the heat. That’s what I’m doing now before turning the page on to Cleveland.”