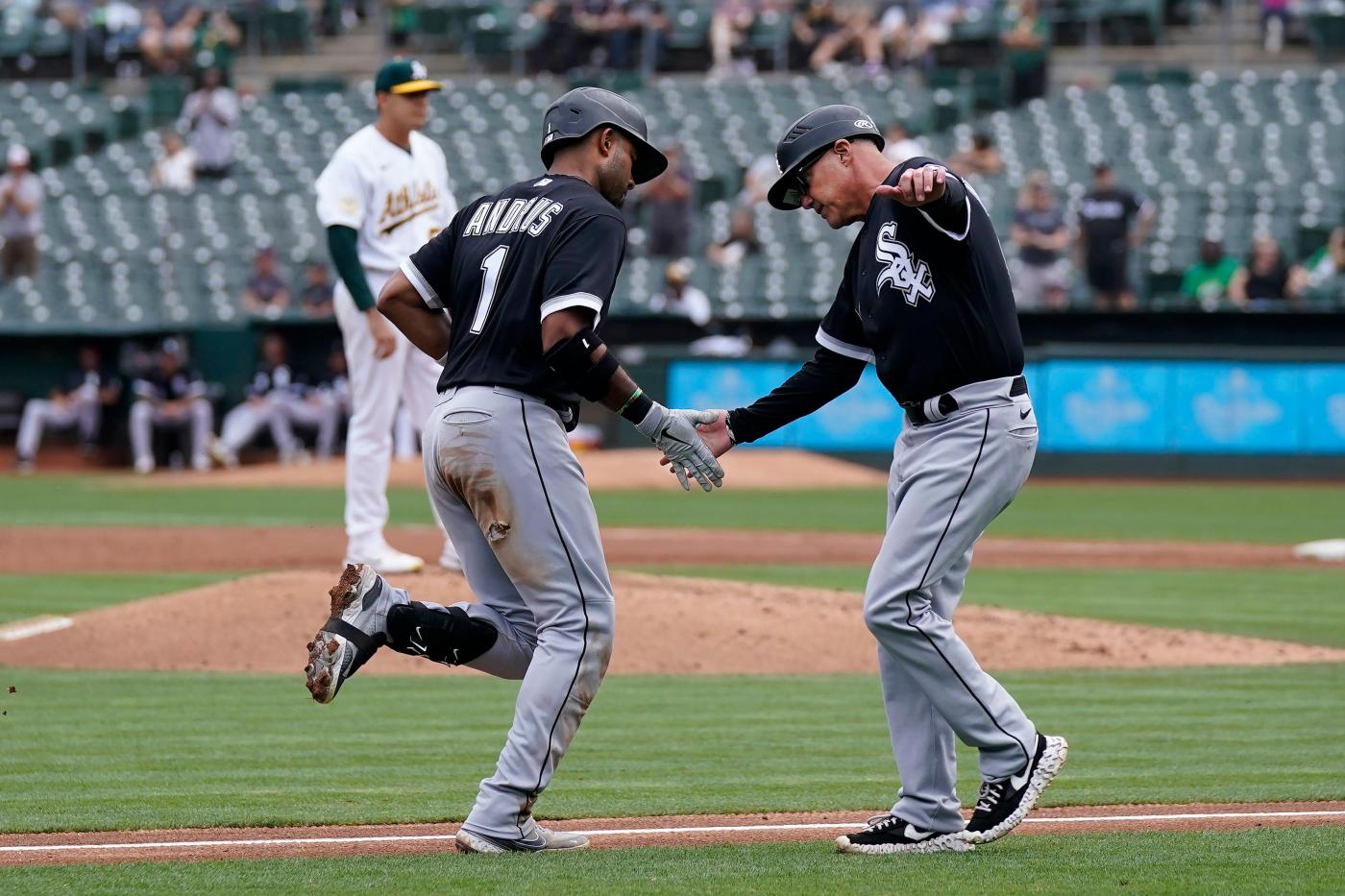 “They want to go out there and perform and do their job,” Cairo said.

The Sox put together another impressive performance, beating the Oakland Athletics 10-2 in front of 11,107 at Oakland Coliseum.

The Sox had 20 hits Saturday and collected 48 through the first three games of the series, including 21 Thursday.

“It’s been special,” said Andrew Vaughn, who had four hits. “One through nine, everybody’s taking great at-bats and we’re scoring runs. We’ve just got to keep this going.”

He led off Thursday’s game with a homer and on Friday broke a tie with a two-run double in the ninth.

Andrus went 2-for-5 with a three-run homer and two runs Saturday as the Sox won for the ninth time in their last 11 games. They entered the day in second place in the American League Central, 1½ games behind the Cleveland Guardians.

“We’ve got one more game (in the series) and just hope he continues doing what he’s doing,” Cairo said. “I’m glad that we have him. He gets good at-bats, he gets us going in the leadoff spot and it’s been awesome to have him.”

It’s all been on display against the A’s.

Andrus had two hits, including the home run, two RBIs and scored three times in Thursday’s 14-2 victory. He had two more hits Friday, including the two-run double to cap the five-run ninth in the 5-3 victory.

“It’s been huge,” Vaughn said of Andrus’ impact. “With (All-Star) Tim (Anderson) going down (with a sagittal band tear on the middle finger in early August), having (Andrus) show up and do what he’s done has been unbelievable.”

The Sox added three runs in the fourth with a sacrifice fly to right by Eloy Jiménez and a two-run double by Vaughn. Jiménez had a two-run single, his third hit, in the seventh.

“Guys are playing loose, showing up and it’s been good,” Pollock said. “The whole year has been such a grind and I feel like we’re in a good spot right now.”

Martínez, who remained in the game after getting hit in the left shoulder by Gavin Sheets’ liner in the second, allowed seven runs on 14 hits in 3⅔ innings.

Sox starter Lance Lynn received a visit from the training staff while appearing to shake his right leg in the first inning.

“Just getting it loose, morning game, took a minute to get going this morning,” Lynn said.

He remained in the game and went six innings while allowing two runs (none earned) on three hits with five strikeouts.

Lynn (6-5) is 5-2 since the All-Star break. He, like the Sox, continued going in the right direction Saturday.

“When you look at the stretch that we’re in right now, it’s pretty good,” Lynn said. “But we still have some ground to catch up. We knew with a month left we had to make a move, so we’re doing everything we can every day to do that.”