Todays Though > News > Chicago White Sox end the 2022 season in fitting fashion with a 10-1 loss, saving their worst for last – Boston Herald
News

Chicago White Sox end the 2022 season in fitting fashion with a 10-1 loss, saving their worst for last – Boston Herald 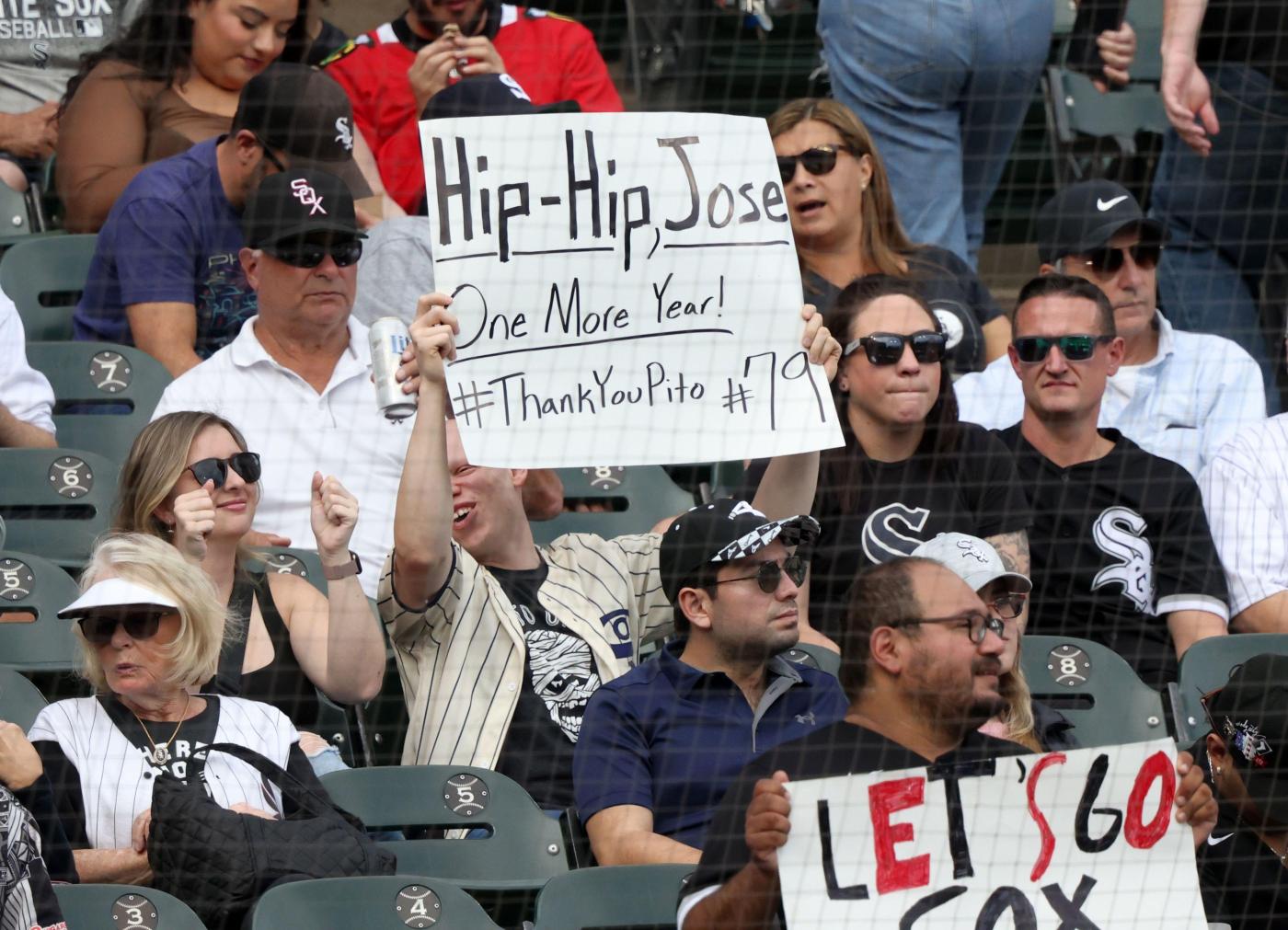 Whenever the Chicago White Sox players left their clubhouse this season to enter the dugout at Guaranteed Rate Field, they were greeted by a sign on the door.

“NO PLAYER IS AS GOOD AS THE SUM OF A TEAM.”

That message was never more apparent than during the 2022 season, when the sum of the Sox parts did not add up to a winning year on the South Side.

We spent most of the last six months wondering when the Sox would come out of hibernation, listening to players and manager Tony La Russa insist they still had a shot at making the postseason in spite of the malaise.

Their one hot streak came after La Russa left the team for health reasons, but it proved to be short-lived and an 0-6 homestand against the Cleveland Guardians and Detroit Tigers sealed their fate. So a small crowd of a few thousand Sox fans showed up Wednesday on a gorgeous October afternoon to send off one of the most unlovable teams in recent memory.

They booed on cue during the Minnesota Twins’ six-run first inning and gave starter Davis Martin a Bronx cheer when he finally got the third out. When Vince Velasquez came on in the second and gave up a two-run single to make it 9-0, a fan tried to start a “Fire Tony” chant for old times’ sake.

If there’s any silver lining from that sad history lesson, it’s that the Sox rebounded in 2008 to win the American League Central in Game 163, remembered as the original Blackout Game.

We don’t know how many of the current Sox will get a chance to redeem themselves in 2023 or if acting manager Miguel Cairo will survive the interview process for the job he was thrown into when La Russa left the team on Aug. 30.

“It’s going to be emotional,” Cairo said before Wednesday’s game. “But you don’t know if we are coming back or if I am coming back. If it was (the end), these two years I got to meet really good people here. It’s going to be a little hard. It’s baseball, it’s a business and let’s see what’s going to happen in the offseason.”

Cairo thanked the media after his pregame session, showing the class he has exhibited throughout what had to be the most difficult month of his professional career. He helped the Sox get back in the race, then watched them go through an eight-game losing streak.

It was too small of a sample size to prove himself, and Cairo could not fix an unfixable problem. If he’s not back, he at least can leave with his head up, knowing he did everything he could.

Unfortunately, some of the Sox players can’t say the same. After the extra-innings loss to the Guardians on Sept. 20 virtually ended their chances, some of them seemed to iPhone it in the final two weeks.

One thing about the last day of a lost season is the fans who do show up are usually die-hards who came to say goodbye. It was disappointing to many that Jose Abreu decided not to play in what might have been his final game in a Sox uniform. Abreu issued a statement through the Sox explaining that he asked Cairo for the day off “to enjoy this game with him and have the manager’s perspective.”

Abreu sat on the opposite end of the dugout, so any enjoyment he experienced was far removed from Cairo.

But some fans still let him know they want him back. A ponytailed fan in the box seats behind the Sox dugout held up a placard with an alleged quote from Chairman Jerry Reinsdorf on one side that read, “Abreu is not going to wear a jersey other than a White Sox jersey.” On the other side he wrote, “If Abreu leaves, so do I.”

“I think it’s just silly if you get rid of this guy,” said the 40-year-old fan, who asked to remain anonymous. “It’s a bummer it’s even in the conversation. My heart will be broken.”

This Sox team didn’t really break fans’ hearts as much as it crushed their spirit. Many tried to keep the faith, but it was apparent by the All-Star break the mojo of 2021 was gone. La Russa, the most polarizing Sox manager since Terry Bevington, added to the frustration by condoning his players’ lack of hustle, telling some not to “push” it to avoid leg injuries.

Many didn’t agree, and that perception was lasting. The baserunning woes and poor coaching decisions continued through the final game. The Sox trailed 10-0 in the seventh when Carlos Pérez doubled with Romy Gonzalez on first. Third base coach Joe McEwing held Gonzalez as the crowd erupted in boos.

By the bottom of the ninth, fans sang Abreu’s theme song in hopes of a pinch-hitting appearance as he stood in the tunnel and listened. But it wasn’t happening. As he said Tuesday, he doesn’t like goodbyes.

The crowd was announced as 18,918, though less than half of the ticket holders showed up. It did put the Sox over the 2 million attendance mark for the first time since 2011, which was small consolation.

Now the focus will be on the managerial search, with the hot stove league heating up in mid-November.

The Sox have work to do to regain the respect of their fans.

There will be no easy fixes.