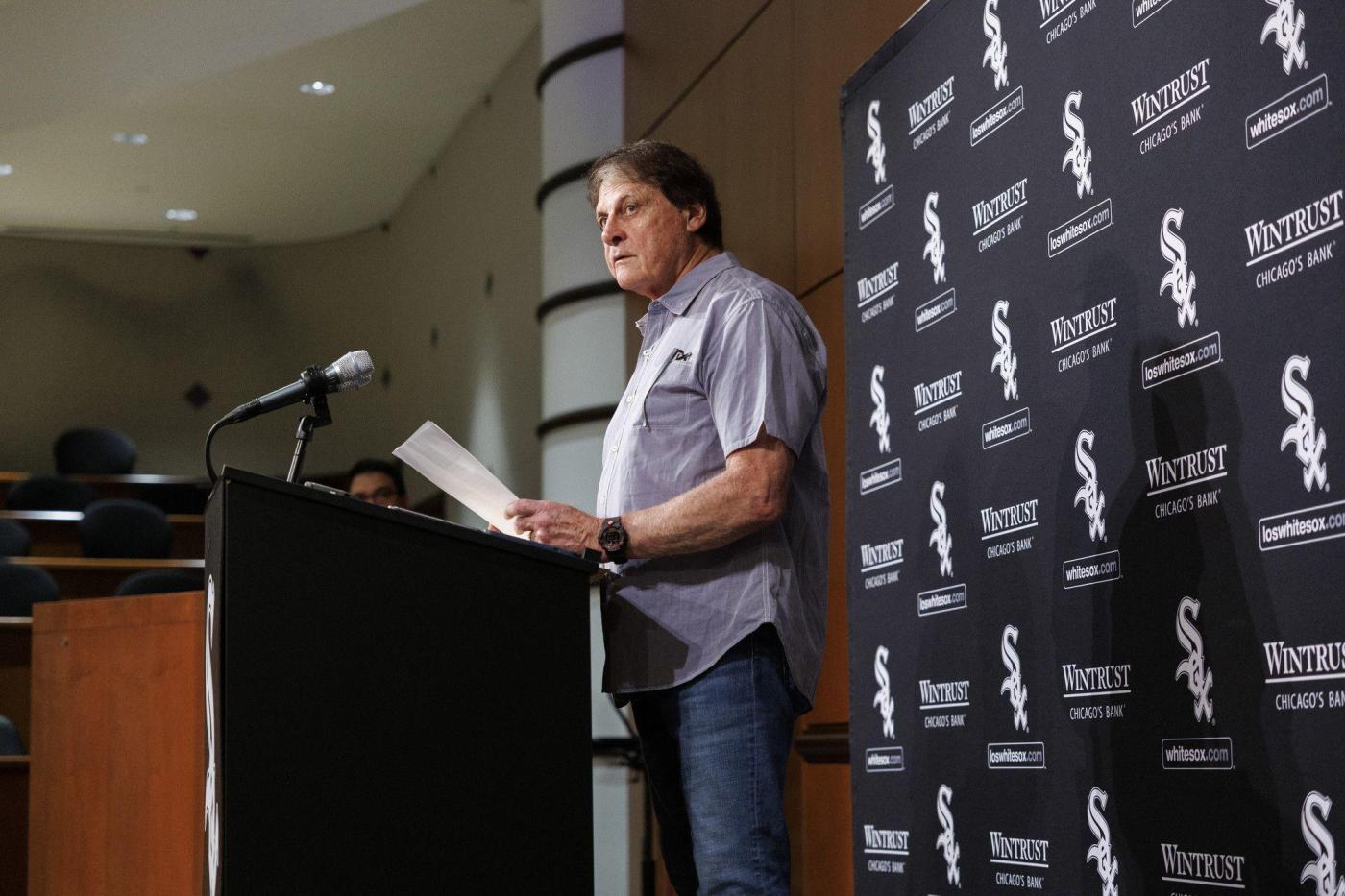 There’s no way to tell how history will look at the Chicago White Sox’s rehiring of Tony La Russa in 2020, but in the moment it was always a bad idea.

Sure, La Russa was a “Hall of Fame baseball person” already. But he was given a young, hungry team that was on the brink of success and wanted more. The Sox needed a leader who could connect with the players and guide their talent and inexperience to the promised land.

But instead of hiring a manager who was ready to match their energy, Chairman Jerry Reinsdorf took the opportunity to right an old wrong and hire his friend. A portion of the blame can be put on La Russa for his management style, lineup decisions and questionable strategy. But there’s one constant in the Sox’s inability to get over the hump: the front office.

During Monday’s news conference, La Russa, whose tenure ended because of health concerns, held himself accountable. He did the honorable thing. That was expected; that’s his baseball reputation.

“The last thing I said to the players in the meeting was that I love them. I can’t be more thankful,” he said. “I was out 10 years. To walk in, see not just the talent but the personalities, the way it came together — that’s why I’m upset and disappointed.

“I worked hard to earn their respect and trust, but I’m also upset that I let them down this year.”

When a relationship ends, sometimes one can’t help but think about the time wasted — and in this case, it was two years. A championship window, a team’s talent. It was supposed to be the bow on José Abreu’s career.

Once again, the front office failed to deliver a skipper who could right the ship. A year after winning the American League Central, there would be no celebration at 35th and Shields. There would be no blackout in October.

We heard from general manager Rick Hahn, who, despite not making the decision to hire La Russa, seemed to hold the organization accountable for the failure.

“We’ve spent a lot of time having those conversations, including part of what Jerry, Kenny (Williams) and I discussed a few hours ago about (how) we’ve potentially made missteps and where can we be better,” Hahn said. “Know that there is no complacency involved. We know Tony put it on himself and the players put it on themselves. We put it equally if not more so on ourselves.

“There’s no one associated with this organization, at least on the baseball side — including the guys in uniform, scouts, player development — who doesn’t find this past year unacceptable and extraordinarily frustrating and disappointing. A lot of hours, time, effort, support from fans, dollars were poured in to try to create a successful expanded window for this team to contend.”

But accountability without changed behavior is meaningless. The elephant in the room is still there. The constant in every situation has been the front office and its insular hiring strategy.

In years past, the Sox haven’t gone far from their neighborhood, typically opting for candidates whose names and addresses appear on the team holiday card mailing list. The “phone-a-friend” strategy comes as no surprise as Reinsdorf seems to be fiercely loyal, but it would do the team, players and fans some good if they took some referrals this time around. You have to know when to outsource a solution.

“As we sit here today, we are eager to use this opportunity to get some outside perspectives on this club and ways we can get better,” Hahn said Monday.

Hopefully they do just that.

There are coaches across the league with experience who could be the fire starter the team needs. A new manager. An actual new manager. One who not only is hungry to win, but also can relate to the players and create a positive team culture. A culture that encourages and utilizes the strengths of the team and guides it through its weaknesses.

Sox brass have a lot of moves to be made and questions to be answered this offseason.

Maybe the organization needs to ask itself, to quote rapper Lauryn Hill, “How you gon’ win when you ain’t right within?”