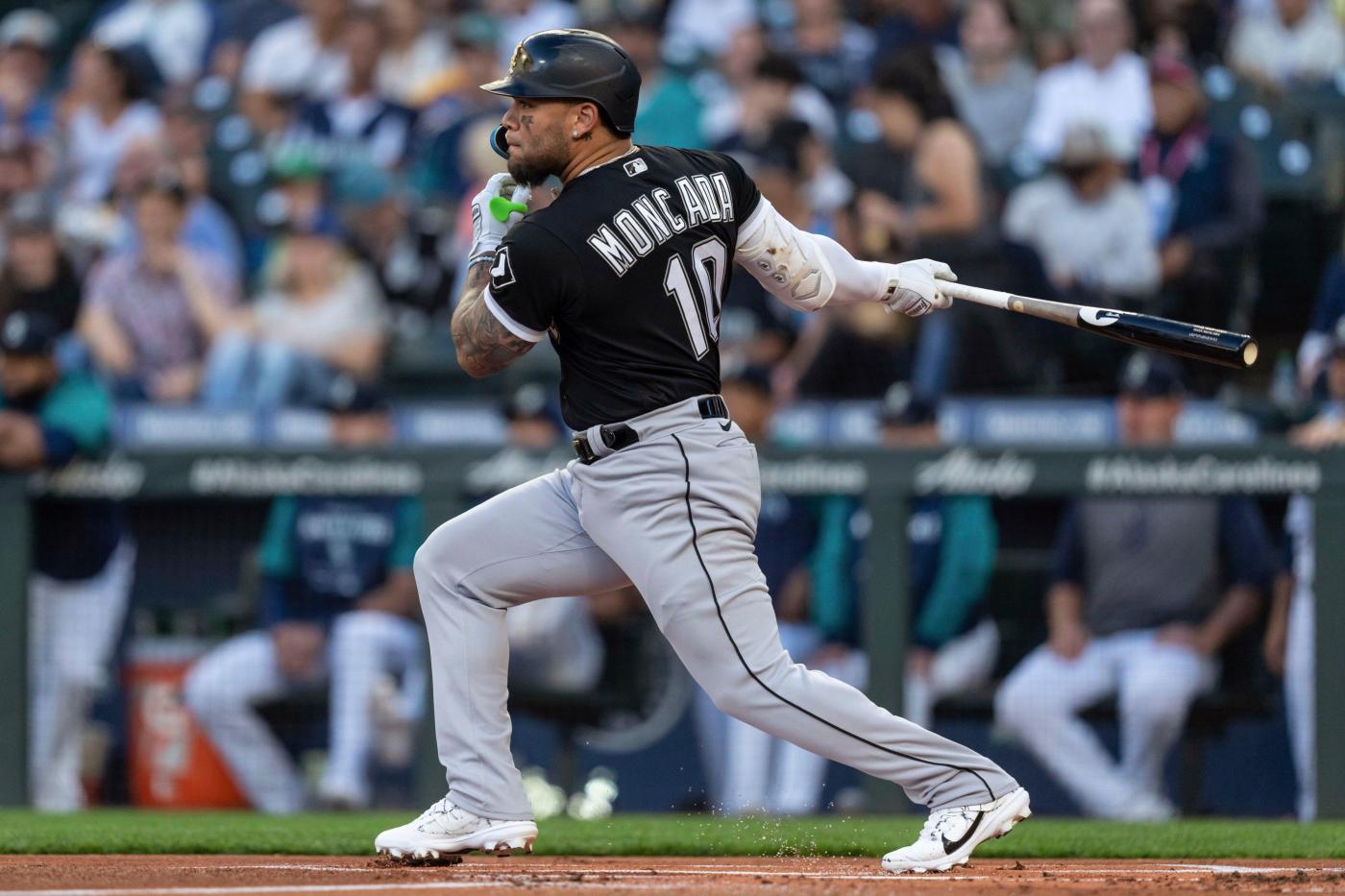 Issues that have hurt the Chicago White Sox this season popped up again Tuesday against the Seattle Mariners.

Sox starter Johnny Cueto kept his team in the game, allowing one run on five hits with three strikeouts and three walks in six-plus innings. But Mariners starter Logan Gilbert and three relievers made the big pitches when they had to, and Cal Raleigh hit a two-run homer in the eighth as the Sox dropped back to .500 at 68-68.

“It was a good duel,” Cueto said through an interpreter. “He is a young pitcher with a lot of talent. He pitched a very good game. I think I really pitched a good game, too.”

The third-place Sox lost ground in the American League Central and now trail the first-place Cleveland Guardians by three games.

“Gilbert pitched good,” Sox acting manager Miguel Cairo said. “Johnny did what he does. He kept us in the game but we just came up short.

“We played really good. They scored more than us, we just didn’t score. The guys battled.”

The Sox completed Tuesday’s game without Robert, who exited in the fifth with a bruised left hand. The Sox said his X-rays were negative and the outfielder is day to day.

Robert returned to the lineup for Monday’s series opener, his first start since Aug. 25 in Baltimore. He had played in just two games between Aug. 26 and Sunday — once as a pinch runner and once as a defensive replacement — because of left wrist soreness and a stint on the paternity list.

Robert got hit while swinging at the first pitch of his second-inning at-bat Tuesday. He continued the at-bat after being evaluated by the training staff and did not swing again, eventually struck out looking.

He took two strikes and a ball in his fifth-inning at-bat then swung with one hand and missed to strikeout in the fifth. He was replaced by Adam Engel.

“We saw that the finger was a little swollen so we wanted someone like Engel,” Cairo said. “Just a precaution.”

An inning before, the Mariners took advantage of a defensive mistake by the Sox for a run.

Ty France began the fourth with a double to right and advanced to third when Mitch Haniger flew out to right. Gavin Sheets’ throw to third bounced past Yoán Moncada and Cueto, who was backing up the play, and went out. France was awarded home on the error, which went to Sheets.

“It happens, you know?” Cairo said. “(Moncada) was just trying to catch the ball and the ball just went through his glove. (It) stayed down.”

Cueto added, “At first I didn’t see the ball because the third base coach (Manny Acta) kind of blocked my view. And then, yeah, the ball hit a camera.”

One of the best scoring chances for the Sox came in the sixth. José Abreu doubled with one out and advanced to third on a sharp single to center by Eloy Jiménez.

But Gilbert was effective with high heat, particularly in that jam as he struck out Sheets on a 98.7 mph fastball, according to MLB Statcast, and AJ Pollock on a 98.6 mph fastball.

“He’s got that live fastball on the top of the zone that’s hard to hit,” Cairo said. “He has that reach, extension, he pitched good.”

The Sox tried to put together a two-out rally in the eighth with a single by Jiménez and a walk by Sheets. Reliever Andrés Muñoz struck out Pollock.

The Mariners got a big-two out hit in the eighth when Raleigh homered against Reynaldo López.

The loss was just the Sox second in their last seven games.

“We’re playing very good baseball,” Cueto said, “and hopefully (Wednesday) we come back and do it again.”