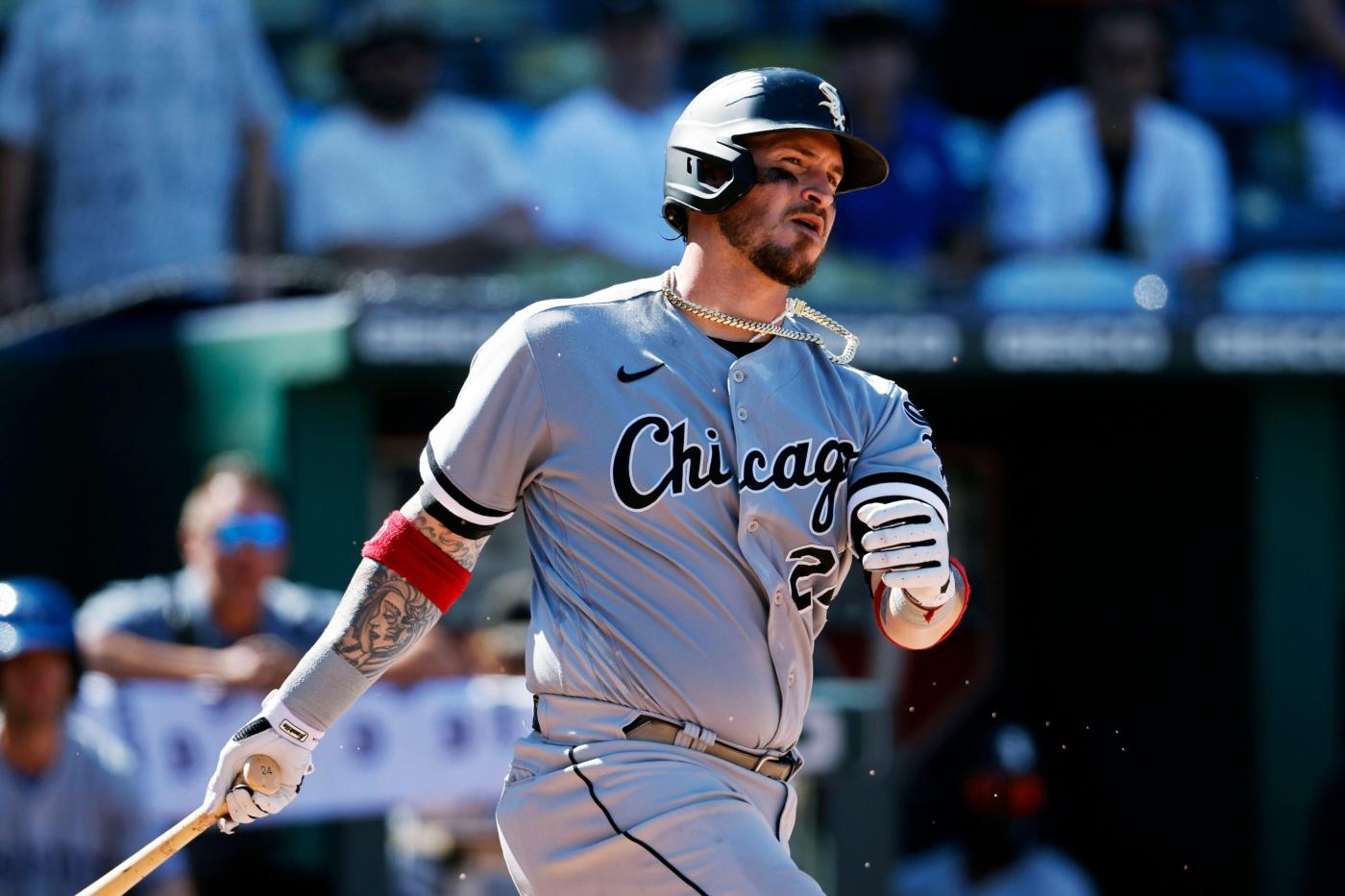 Andrew Vaughn blooped a single to right field in the third inning Thursday against the Kansas City Royals.

Seby Zavala, who began the inning with a single and advanced to second on a Luis Robert hit, got a late break on the play and only made it to third.

Still, the Chicago White Sox had the bases loaded with no outs.

It appeared that the Sox were heading toward a big inning. Instead, Royals starter Zack Greinke struck out Eloy Jiménez and José Abreu. Yasmani Grandal worked a full count before grounding out to shortstop Nicky Lopez, keeping the Sox scoreless.

They wasted another fantastic outing from Dylan Cease with a 5-3 loss to the Royals in front of 10,009 at Kauffman Stadium.

“We had (14) hits, had a real good effort,” Sox manager Tony La Russa said. “The guy on the mound (Greinke) has made a real good career at pitching out of that. Cease was outstanding but we got ready to play. We created the rallies, we were rallying late.

“It was the effort of the whole team. It’s tough to accept the loss but we took our shot.”

Cease allowed one run — a homer to Vinnie Pasquantino in the second inning — on three hits with eight strikeouts and two walks in six innings.

“Dylan threw phenomenal,” Vaughn said. “He’s been doing that for 14 straight starts. It stinks not to get him some runs.”

It was Cease’s 14th consecutive start allowing one or no earned runs, extending a major-league record (excluding openers).

“It was definitely a tough loss,” Cease said. “I thought I pitched pretty well, it was just one of those games. I always have the same mindset. I’m trying to limit as much as I can whether we’re up by eight or down. Really nothing changes.”

The Royals added three runs in the seventh against the Sox bullpen. Lopez drove in two with a single against José Ruiz. Those runs were charged to Joe Kelly, who exited with a lightheadedness after facing the first three batters of the innings. Lopez scored on an MJ Melendez single.

Grandal’s two-run homer in the eighth brought the Sox within 4-2. But the team left the bases loaded again in that inning.

The Royals added an insurance run in the eighth. Vaughn hit a solo homer in the ninth before Scott Barlow retired the next three as the Sox dropped three of four in the series.

It was a rough trip for the Sox, who went 3-5 against sub.-500 teams in the Texas Rangers and Royals. It was their first losing trip since May 31-June 5, when they went 2-4 against the Toronto Blue Jays and Tampa Bay Rays.

“It’s definitely not ideal but we’re not hanging our heads,” Cease said. “We’ve battled all year so we pretty much just have to keep battling and not get emotionally negative in any way. Just give it everything we’ve got.”

The Sox returned to .500 at 56-56, with the inability to produce runs again proving costly.

The first two batters reached in the second, followed by a flyout and double play. They had the three straight singles in the scoreless third.

“The ball is caught by the right fielder and he’s halfway not tagging up we’d be upset,” La Russa said. “So he stayed close to the bag. All you can do, get to third base. I’d rather him get to third base with one out (if the) guy caught the fly ball.

“We still had the bases loaded. If he would have scored Robert would’ve been on third base, but I think he made the right baseunning play.”

The Sox had runners on the corners with one out in the sixth but came up empty. Even when they scored two in the eighth on Grandal’s homer, they failed to tack on, leaving the bases loaded later in the inning.

The Sox went 2-for-13 with runners in scoring position.

“We got (14) hits,” La Russa said. “You don’t get those hits luckily. You create opportunities. You follow Zack Greinke’s career, he pitches out of a lot of jams. And he pitched out (of) bases loaded and two on against the middle of our lineup. That’s tough to take. But tip your cap to him.”

The Sox stranded stranded 11 baserunners while falling to 8-8 during their stretch of 19 games against teams with sub .500 records. That stint concludes with three games this weekend against the Detroit Tigers at Guaranteed Rate Field.