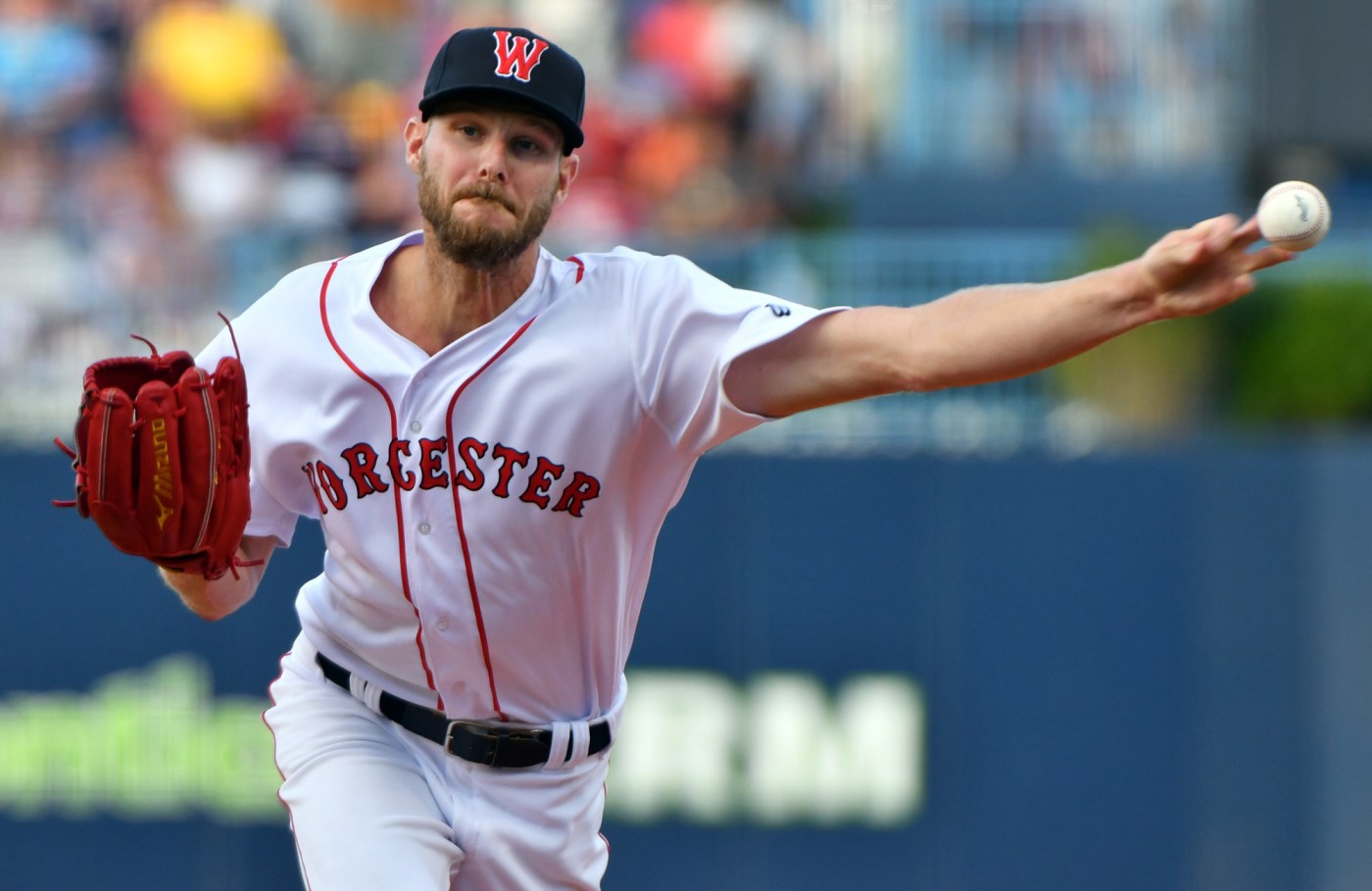 Chris Sale may have hit the finish line of his rehab assignment, but didn’t necessarily get the results he was looking for in potentially his final stop before his big-league return.

In his fourth rehab start as he returns from a rib-cage stress fracture, Sale’s command was off. The Red Sox lefty, pitching for Triple-A Worcester, issued five walks over just 3 2/3 innings, including a free pass to end his outing. Sale made 72 pitches – around the benchmark the Red Sox set for – with 42 going for strikes.

Sale’s velocity continued to reach 96 mph on his fastball, but his control was off the mark. He gave up two walks in the first inning, another in the second and a leadoff free pass in the third, which he worked around by retiring the side in four pitches, one on a double play.

Sale finished his outing on a sour note, surrendering three softly hit singles that loaded the bases. But after a mound visit from pitching coach Paul Abbott, Sale worked a full count against David Freitas, but issued his fifth walk of the night to score a run. That’s where his night ended.

Now comes the decision. If the Red Sox think Sale is ready, the lefty could make his season debut on his next turn, which would come Monday against the Rays at Tropicana Field. The team has said they want Sale to go five innings in a minor league start before he returns, but could see the 72 pitches he made Wednesday as enough.

After his third rehab start last Thursday in Portland, where he pitched four strong innings, Sale said he was ready.

“If they told me that I’m starting five days from now, I wouldn’t flinch,” Sale said last week. “I would be excited for that.”