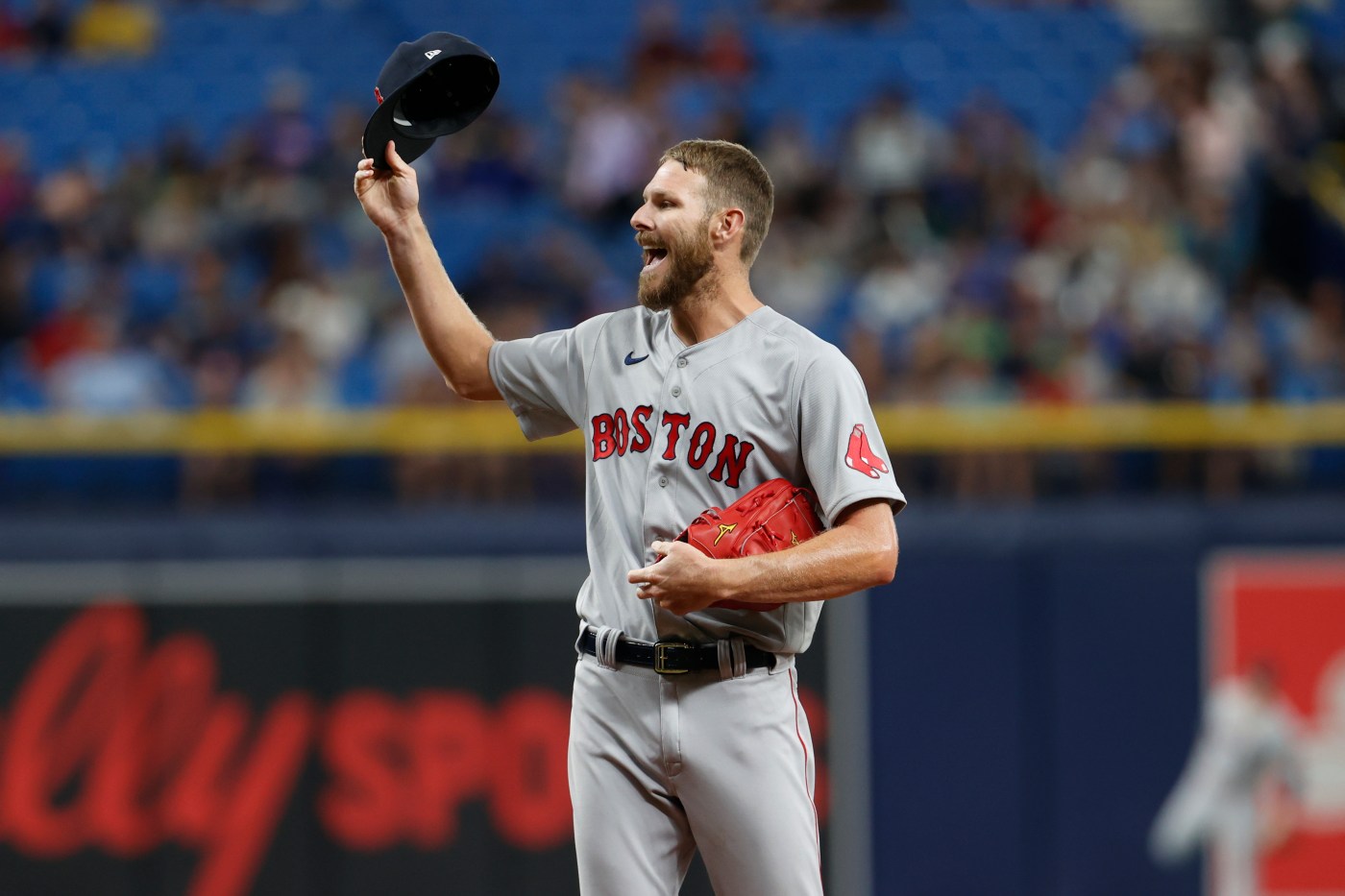 A healthy and effective Chris Sale changes everything for the Red Sox.

Forget about the bullpen blowing Tuesday’s game and wasting five scoreless innings from Sale in a 3-2 loss to the Rays.

Forget about the ridiculous decisions by Matt Strahm and Franchy Cordero to throw the ball around the infield and let the game-tying and go-ahead runs to score in the sixth.

Forget about Alex Verdugo’s baserunning blunder as he was picked off third base and the Sox’ couldn’t convert with runners on first and third, nobody out in the seventh.

Here’s the important part: Sale is healthy. He’s effective. He averaged 95.1 mph on his fastball, his hardest in a game since 2019 according to Brooks Baseball, and he generated a remarkable 10 called strikes on a dizzying slider that was dancing across the zone.

Tuesday’s game had plenty to talk about, from Alex Cora’s decision to play small ball (it almost worked, if Verdugo hadn’t jumped too far off third), to the bullpen suffering another loss, to Trevor Story exiting the game with a scary hand injury and the Sox revealing that J.D. Martinez is once again dealing with back stiffness.

It was a chaotic day in Red Sox Land, but don’t let that distract from the real news: Sale is back.

Not just a shadow of the figure who used to contend for Cy Young Awards on a year basis. The shadow figure showed up every five days for the Red Sox last year. That guy wasn’t nearly as precise or powerful, nor was his delivery under control the way it was for Sale on Tuesday.

It wasn’t a perfect night – he allowed three hits and a walk and got bailed out by some quality defense from Xander Bogaerts at shortstop and Story at second base – but it was close to perfect, and for a guy who hasn’t pitched in a big league game since last October, it was beyond anything that could’ve been hoped for.

“He threw the ball well, he finished well, he did an outstanding job towards the end,” Cora told reporters in Tampa. “Command of the pitches were OK, delivery was under control. It’s a good start.”

This was a great start.

He’s not vintage Sale. Not yet. But it’s easy to see the difference now compared to the guy who couldn’t throw strikes and whose slider wasn’t sharp enough to fool anybody at times last season.

Watching Sale talk about his start on NESN’s postgame show, it was clear that he felt the difference, too.

“I’m not broken anymore,” he said. “It’s different this year… I feel stronger now than I did anytime last year. Much better physical spot, mental spot.”

He struck out five, including a backdoor slider on the corner to catch Christian Bethancourt looking to end the third, another backdoor slider to get Yu Chang looking in the fifth, and a 94-mph heater through the bat of Brett Phillips for his final strikeout.

Sale was still touching 97 mph in his final inning and told reporters in Tampa he felt he had more in the tank.

“Just the overall strength towards the end of the game, I felt better as it went on,” he said. “Being able to have my best stuff, powerful stuff, feeling strong in the fourth and fifth inning, that’s nice.”

If Sale is able to continue improving and starts pitching like an ace for this Red Sox team, they’re scary.

Sale and Nathan Eovaldi are capable of being as good as any team’s one-two punch atop the rotation. Nick Pivetta has his moments of brilliance, too. Whenever he’s been on the mound, Michael Wacha has been sensational this season.

And the bullpen problems should be mitigated with the pending return of Garrett Whitlock and the eventual return of some of the injured starting pitchers, who could come back in relief roles or push one or both of the rookie starters, Josh Winckowski and Kutter Crawford, to the ‘pen.

At least the Sox will have some options.

More than anything, they’ll have a presence atop the rotation.

Is it too soon to say that Sale is back? Maybe. But the signs were there on Tuesday night. Do with them what you will.