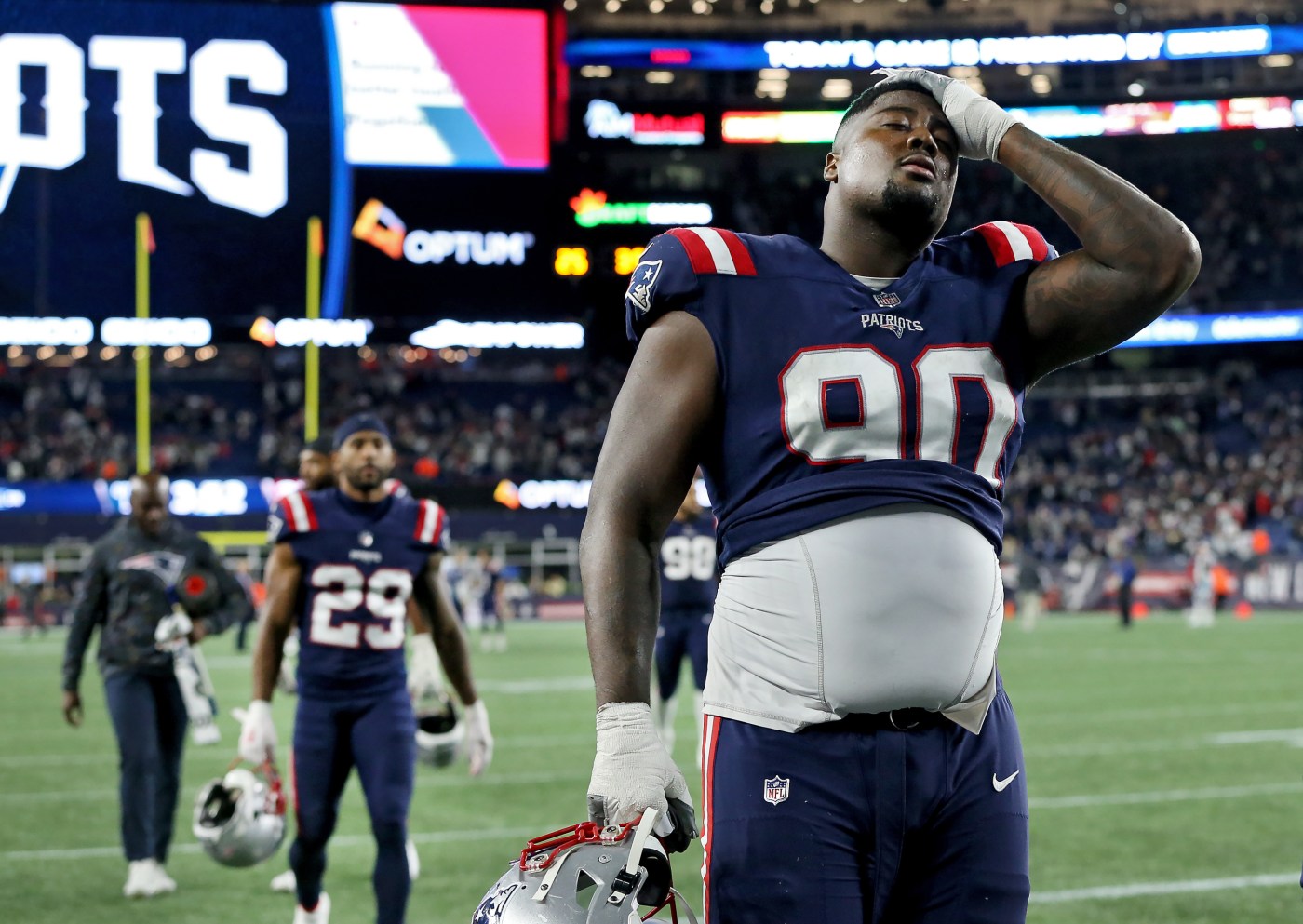 Patriots defensive lineman Christian Barmore is a surprise scratch for Sunday’s game against the Jets due to a lingering knee injury.

Barmore appears to have suffered a setback, considering he sat out a light practice Friday after being limited the previous two days. Barmore hasn’t played since going down during the team’s blowout win at Cleveland on Oct. 16 He is the only Patriot ruled out for kickoff, though punter Jake Bailey is listed as doubtful with a back injury.

If Bailey can’t play, practice-squad punter Michael Palardy figures to be elevated to the game-day roster this weekend. Three other Patriots are officially questionable, while safety Kyle Dugger (ankle) has been cleared to play.