Todays Though > News > Clash over climate, but what about fentanyl, border?
News

Clash over climate, but what about fentanyl, border? 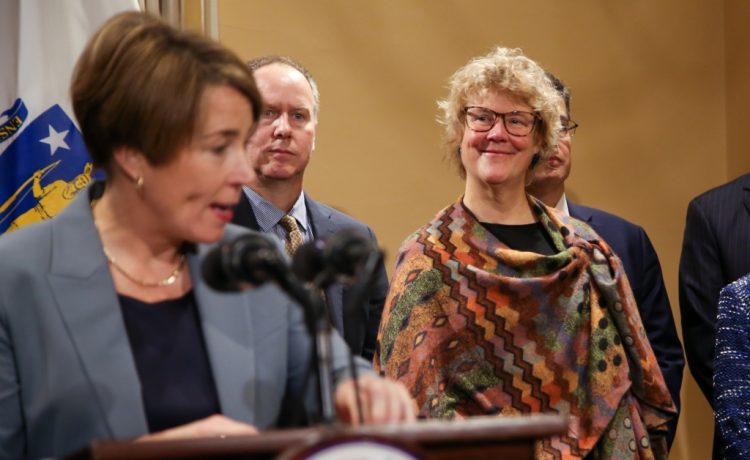 Or are we headed for a climate czar clash?

We may soon find out.

The question was raised after Gov. Maura Healey, taking a page out of Joe Biden’s playbook, made it a priority to name a climate czar upon assuming office.

In her “first order of business” on her first day as governor, Healey named Melissa Hoffer her climate czar, or climate czarina.

Hoffer, an attorney, once headed Healey’s Environmental Protection Division in the attorney general’s office, and most recently worked for Biden’s EPA.

Healey by executive order also created the Cabinet-level office of Climate Innovation and Resilience, which Hoffer will run, reporting directly to Healey.

Healey said, “The climate crisis threatens every aspect of Massachusetts, like our environment, economy, businesses, health, transportation, housing, and infrastructure.”

Healey, the state’s former chief “law enforcement officer,” left out rising crime, illegal immigration and the fentanyl drug crisis. Instead, she said climate change “is our greatest challenge, but it is also our greatest opportunity.”

“Massachusetts can and will be a global leader in the fight against climate change,” she said.

This may come as a surprise to John Kerry of Louisburg Square and Nantucket. He thought he was the global leader in the fight against climate change.

Talk about getting dissed, even in your own backyard.  And he attended Healey’s inauguration a day earlier but got no shout-out.

Two years ago, in his first order of business, Joe Biden not only named Kerry, the former Massachusetts senator and U.S. Secretary of State, the country’s first climate change czar, but elevated the position to Cabinet-level status.

Biden also shut down the Keystone XL pipeline and threw 10,00 workers out of a job in the first salvo in his war against domestically produced energy.

Since his appointment Kerry has jetted more than 180,000 miles — equivalent to more than seven times around the world — emitting pollution everywhere.

In his battle against the “existential” threat of climate change, Kerry has traveled to such far-off places as Tajikistan, Turkmenistan and Uzbekistan.

While Hoffer is side by side with Kerry in the holy war against climate change, a clash can be averted since Hoffer is a state czarina and not a national czar like Kerry. So her travel could be limited to Tyngsboro, Tewksbury and Uxbridge.

But not to worry. Under Healey’s plan, Hoffer will be surrounded by many subordinate climate change czars and czarinas.

Like Communist Party commissars in the old Soviet Union, or Russia today, each Cabinet secretary will be required to appoint subordinate climate change czars — or czarettes — who will report to Hoffer on the implementation of climate-related efforts.

Those who fail to do so will be punished by being sent to accompany Kerry on his next trip to Turkmenistan.

But it’s no joke, as Biden would say.

That is because Hoffer is essentially expected to restore the tarnished image of the climate change movement and the reputation of the former climate czar in Massachusetts state government.

He was punished for revealing how climate change holy rollers like Kerry and Hoffer really think about everyone else.

While Healey may claim a first, the real first state climate czar was David Ismay, who former Gov. Charlie Baker appointed as Undersecretary of Climate Change in the Executive Office of Energy and Environmental Affairs.

Ismay, earning $130,000, had smooth sailing until he was forced to resign in 2021 after coming under sharp criticism for controversial comments made in a leaked video of a virtual meeting of the Vermont Climate Council.

In that video, Ismay talked about “turning the screws” on people and “breaking the will” of Massachusetts residents, especially seniors, to get them to curtail their carbon emissions by using less heating oil and gasoline. This was done to meet Baker’s climate change goals.

“We have to break your will.  I can’t even say that publicly,” Ismay said.

Others say that climate change zealots are a bigger threat.