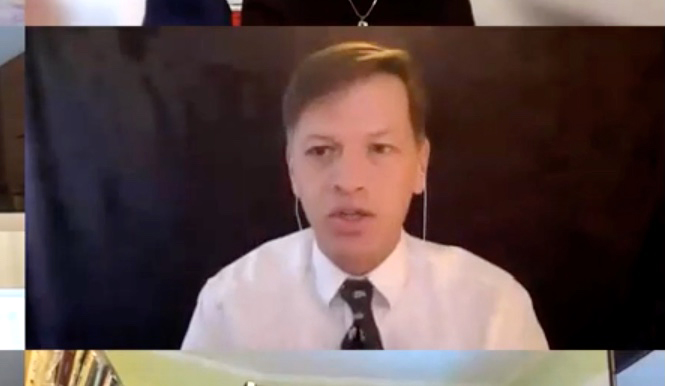 He was the state’s $130,000 a year climate change czar — a mini-John Kerry — who was forced to resign after he was inadvertently caught telling the truth.

He revealed how the Green anti-fossil-fuel movement wants to punish you to save the planet.

Ismay, speaking to a virtual meeting of the Vermont Climate Council last year on gas and oil emissions, said, “Sixty percent of our emissions that need to be reduced come from you — the person across the street, the senior on fixed income.”

If that was not damaging enough, he added, “There is no bad guy left, at least in Massachusetts, to point the finger at, turn the screws on and, you know, break their will so we have to break your will. I can’t even say that publicly.”

Ismay resigned after Baker took issue with his remarks.

Yet, in retrospect, Ismay was telling the truth when he talked about who would carry the burden for Joe Biden’s half-baked, premature and ill-conceived war on fossil fuel.

In his equivocating letter of resignation, he said, “Although my comments were interpreted by some as placing the burden of climate change on hardworking families and vulnerable populations, my intent was the opposite.”

The truth is that it is the hardworking families of the country who are paying for Biden’s ill-planned war on fossil fuel. They are paying for it every time they gas up or go to the grocery store.

Ismay should have stuck to his guns. He was right before he was wrong.

If there is any doubt about Ismay’s initial remarks, then all you had to do was listen to Biden at the NATO Summit in Madrid, or to Brian Deese, his progressive director of the National Economic Council.

Asked about how long gas prices would remain high Biden, blaming Russian President Vladimir Putin and his war in Ukraine, said, “As long as it takes.”

What he probably meant to say was as long as it takes until everybody is forced to buy an electric car.

People know that is not true, but Biden does not have it in him to level with the people. Not only has he attacked the big oil companies for alleged excessive profits, but he has also even gone after owners of local gas stations.

Biden even urged gas stations to cut prices. “This is a time of war and global peril,” he tweeted last Saturday. “Bring down the price you are charging at the pump to reflect the cost you are paying for the product. And do it now,” he ordered.

Biden was immediately mocked. Here, after all, was the man most responsible for high gas prices telling gas station owners to reduce prices.

Forget all of Biden’s rhetoric blaming everyone else for high gas prices. He is raising the price of gas to force you to live the way the climate change zealots want you to live. They are bent on saving the planet even if it means sacrificing you.

It was like a bolt of true lightning when Brian Deese, asked by a CNN reporter to respond to Biden’s “as long as it takes” remarks, said, “This is about the future of the Liberal World Order, and we have to stand firm.”

David Ismay could not have said it any better.

So shut up and pay.