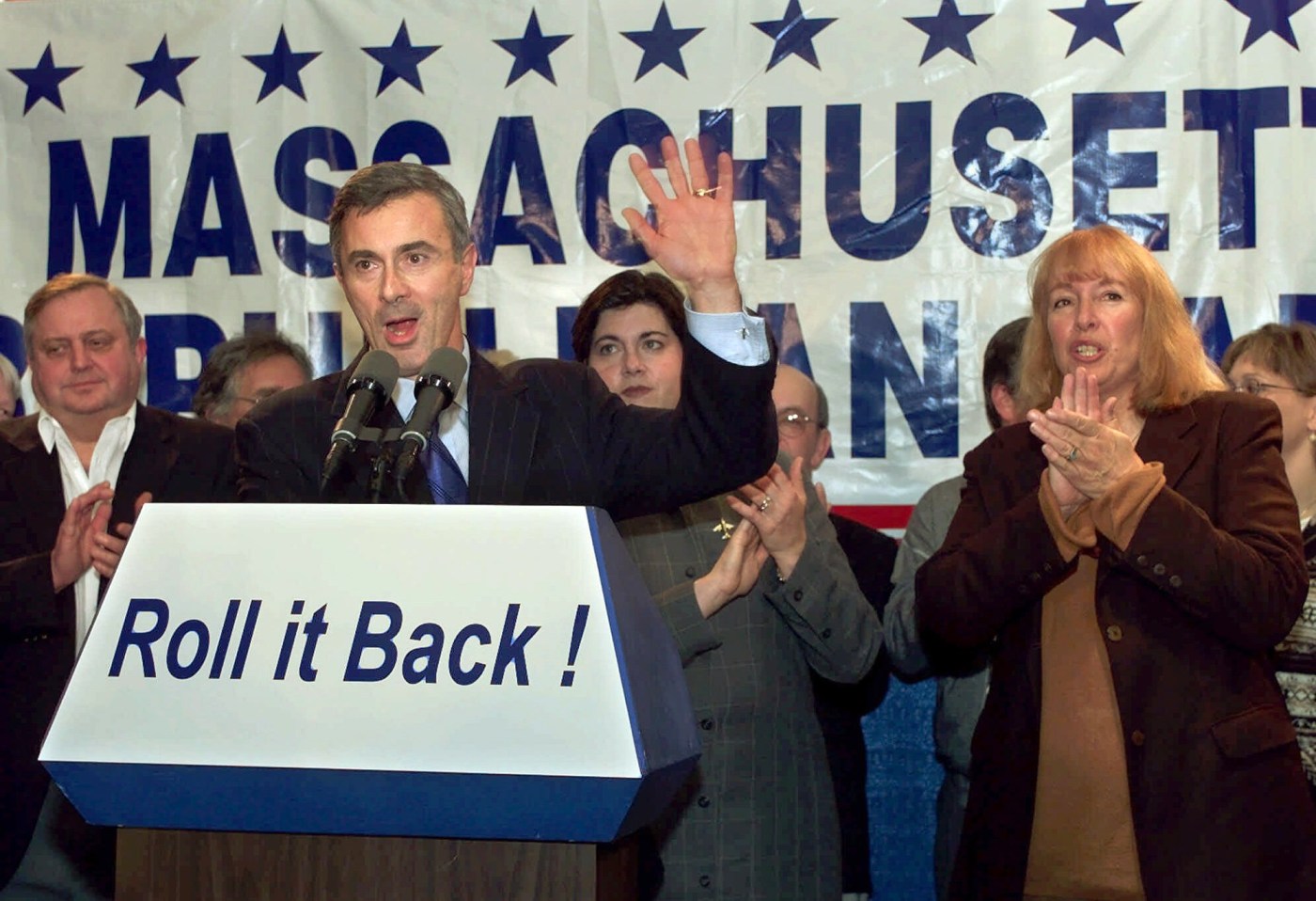 Citizens For Limited Taxation (CLT) is ending with a historic win.  It appears now the $3 billion tax refund due Massachusetts taxpayers will actually be paid to us – as the law (Chapter 62F) requires.  We, the people of Massachusetts, created that law by vote, after a 1986 referendum effort sponsored by CLT.

When it became apparent last summer that a tax refund was legally required, however, some prominent Democrat politicians immediately connived to undercut the law.  House Speaker Mariano (D-Quincy) said, “We could undo the law, we could change it, we could postpone,” later adding, “This is a stunt that was triggered by a law made in 1986 that gives people a one-time opportunity to get money.”   Note how the speaker considers a law passed by the people (us) a “stunt;” and he disparagingly implies we’re money-grubbing because we want our own money back, as the law stipulates.

Then a cabal of ultra-left Democrats led by Rep. Connolly (D-Cambridge) tried to reconfigure the refund – redistributing more to some, less to others.  They don’t understand: it’s not their money.  They have no right to redistribute or redirect it.  The money belongs to the taxpayers who paid it.  The law requires that it be refunded – that is, returned to the taxpayers who originally funded it.  That’s the meaning of “re-funded.”  (Reasoning must be elementary when explaining to left-wing politicians.)

Connolly self-describes as “proud . . . DSA member.”  DSA is Democratic Socialists of America.  Socialists don’t believe in private property, so they have no respect for your private property and no hesitation about taking it and giving it to favored others.

Fortunately, those obstructionist and redistribution schemes appear to be dead-ended – for now.  But beware when the legislature reconvenes.  In this one-party state, we can expect renewed efforts to sabotage the Tax Cap law.  For those voters planning to again vote the straight Democrat line, another reason to reconsider.

The late taxpayer champion Barbara Anderson led CLT in 1986.  She and CLT (aided by the Massachusetts High Tech Council) were the driving force that secured voter approval of the refund law.  Then, as now, the opposition came from Democrat leftist politicians.  I still have the editorials I wrote and broadcast in 1986 supporting the referendum, and then in 1987, criticizing then Gov. Michael Dukakis’ attempt to maneuver around the law.  This year’s refund is 100 times that of 1987’s.

The commonwealth is swimming in money.  As Gov. Baker noted, this past year, tax revenue grew by over 20%, on top of the previous year’s 15% increase.  And this year, revenues are running 5% ($450 million) higher than last year.  Chip Ford, CLT executive director, has aptly observed this isn’t a surplus, it’s over-taxation.  But Democrat politicians are insatiable.  They not only balked at the refund, but they actually want to raise taxes.

On this year’s ballot is a graduated income tax proposal – again.  After five defeats, this is the sixth time that maneuver is being tried.  It is pitched, as usual, as targeting the wealthy.  But that’s untrue.  Many not-so-wealthy would also be hit with higher taxes.

CLT, once again, and some other civic minded groups have organized in opposition.  We hope the ever-more-taxes crowd will be rejected again on election day.  Vote ‘no’ on Question 1.

But there is a sad postscript to this tax story.  After this election, CLT is closing down.  For over 47 years CLT has fought for the taxpayers and has saved Mass. citizens uncounted billions in taxes.  But there’s insufficient financial support from these same citizens to keep the organization going.  So, Citizens for Limited Taxation will pass into history, and we taxpayers will endure higher taxes because CLT is no longer here.

Avi Nelson is a Boston-based political analyst and talk-show host.