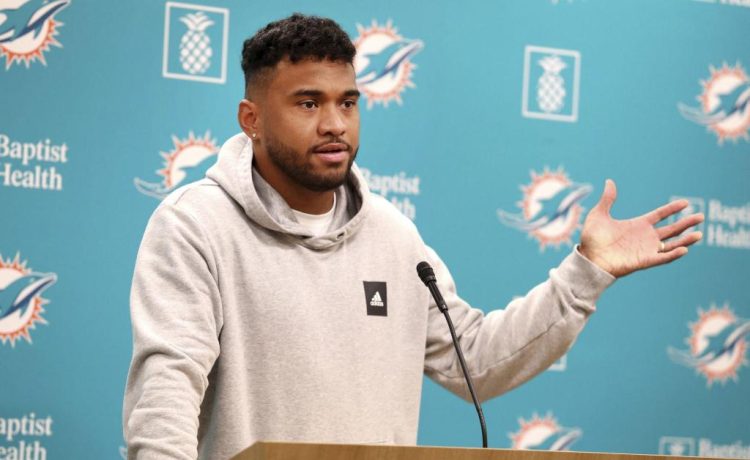 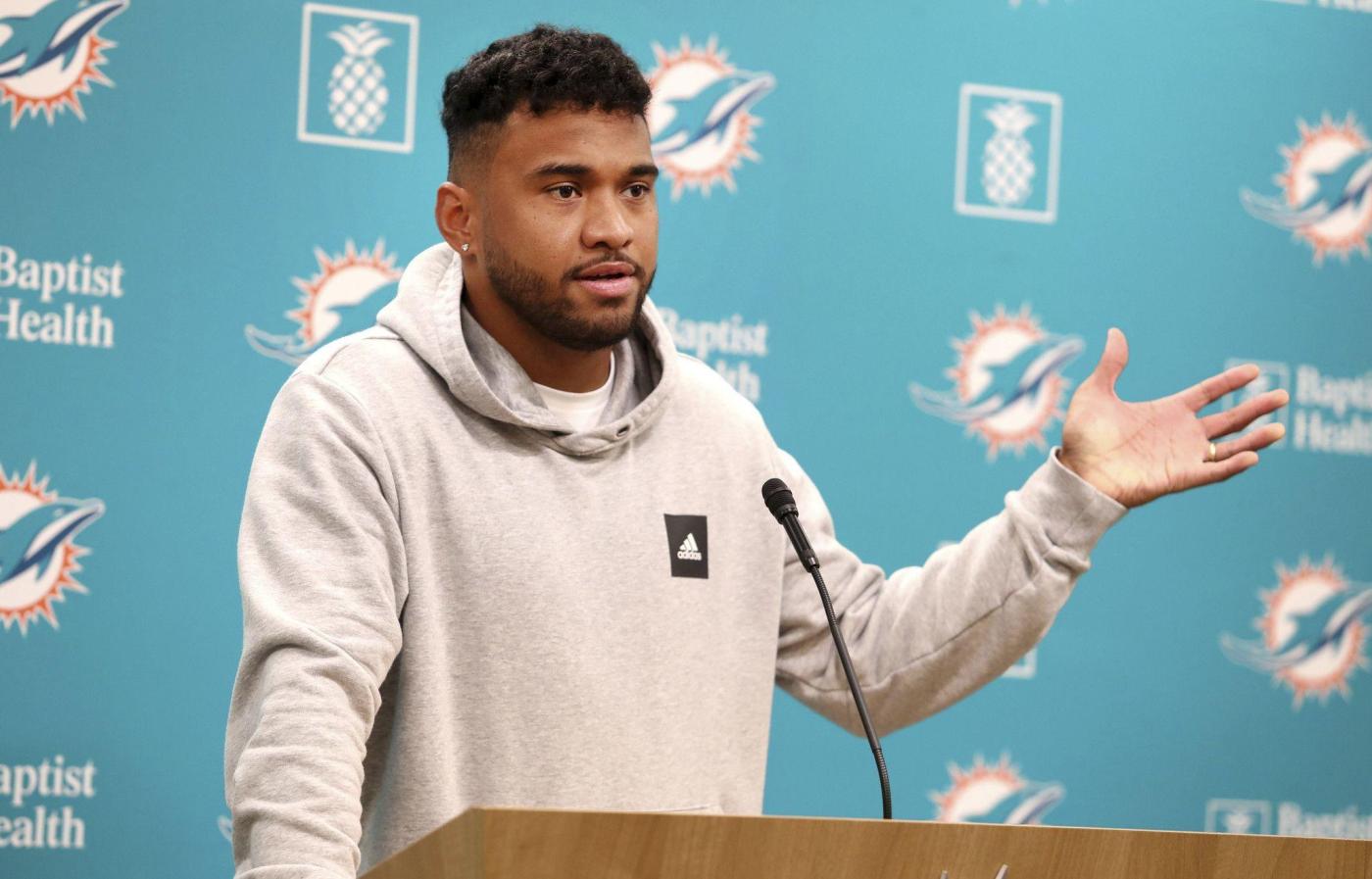 It doesn’t get any easier for the Miami Dolphins quarterback as it has been documented how much he has struggled in frigid environments.

According to ESPN’s total QBR statistic, which looks to delve deeper into quarterback play than the traditional passer rating stat, his three worst games have all come in 45-degree temperatures or lower at kickoff.

In the Dolphins’ Week 17 loss at the Tennessee Titans last season that eliminated the team from playoff contention, he had a total QBR of 10; the kickoff temperature was 36 degrees. In the 2020 finale at the Bills in Tagovailoa’s rookie season, he produced a QBR of 16 in 35-degree weather. Earlier that rookie year at the Denver Broncos: 45 degrees and QBR of 18.

Going by pure passer rating, all of those performances rank in the bottom 10 of games Tagovailoa has started and finished in his three-year NFL career.

And it figures to be even colder than any of those in Orchard Park for the Dolphins’ Saturday night game against the Bills (10-3) at Highmark Stadium.

The forecast that night calls for a low of 27 degrees with snow showers and wind gusts up to 17 mph, according to AccuWeather.

The change Tagovailoa is making this time around: He just won’t think about the inclement weather.

“It’s a mindset thing,” Tagovailoa said Wednesday. “If I’m too focused and worried about if it’s too cold, can I grab the ball, can I not, then I would say I’m focused on the wrong things. It would be hard to play that way going over there against a really good team.”

Being too fixated on how to play in the cold may have consumed too much of Tagovailoa’s preparation in previous opportunities, according to the quarterback coming off back-to-back poor showings.

“That was sort of the case the past couple of years,” he said. “Just worrying about the right things [this time].”

In a comical moment at Wednesday’s press conference, Tagovailoa had to confirm to a reporter that he has seen snow before.

“It snowed in Alabama my first year. It snows in Alabama, guys,” he said to laughter in the room. “People don’t know that. Some people just think it gets cold, but it does snow.”

And Tagovailoa did get throwing experience in the snow early last offseason. He said he went to Maryland to visit his younger brother, Taulia, and threw to some of his college receivers with the Terrapins in temperatures in the 20s.

But regardless of weather, Tagovailoa’s play must improve after his past two outings — losses to the San Francisco 49ers and Los Angeles Chargers — which also fall within those 10 worst passer-rating games of his career.

Contributing to that on Sunday night against the Chargers was how much inside leverage Los Angeles played to take away the middle of the field, where Tagovailoa has found comfort completing passes.

Coach Mike McDaniel said Wednesday it wasn’t necessarily anything the Dolphins (8-5) hadn’t seen before, but the Chargers just played it best with their physicality in press-man coverage and handling of the motion in Miami’s offense.

“It wasn’t because they were doing this cheat code,” McDaniel said. “It was because players were executing their plan. Their players were better prepared.”

After an outing where Tagovailoa finished 10 of 28 — a career-worst 35.7 completion percentage for any game he finished — Tagovailoa said he wants to get back to finding easier throws for completions after taking too many deep shots against the Chargers.

He also explained that, for much of the season, the Dolphins haven’t had to go deep into the quarterback’s progression, finding an open pass catcher with an early read in the route tree. If those downfield routes are taken away, Tagovailoa will have to be more willing to maybe check the ball down to a running back.

“Essentially, we never needed to check it down a lot this year,” he said. “It’s good lessons that we’re learning now in the season, getting into the grind time of the schedule. It’ll be good to just continue to fall back and resort to the things that we’ve been taught to play the position, which is take what the defense gives you.”

As wide receiver Jaylen Waddle was held to just two receptions for 31 yards Sunday, he also looks to get back into a groove with Tagovailoa at Buffalo.

“Just going back to our fundamentals,” said Waddle, who added this would be his first game in snow. “Going back to what we do best — playing complementary football, doing the things that he likes to do well, routes I like to run and just sticking to it. Back to our Day 1.”