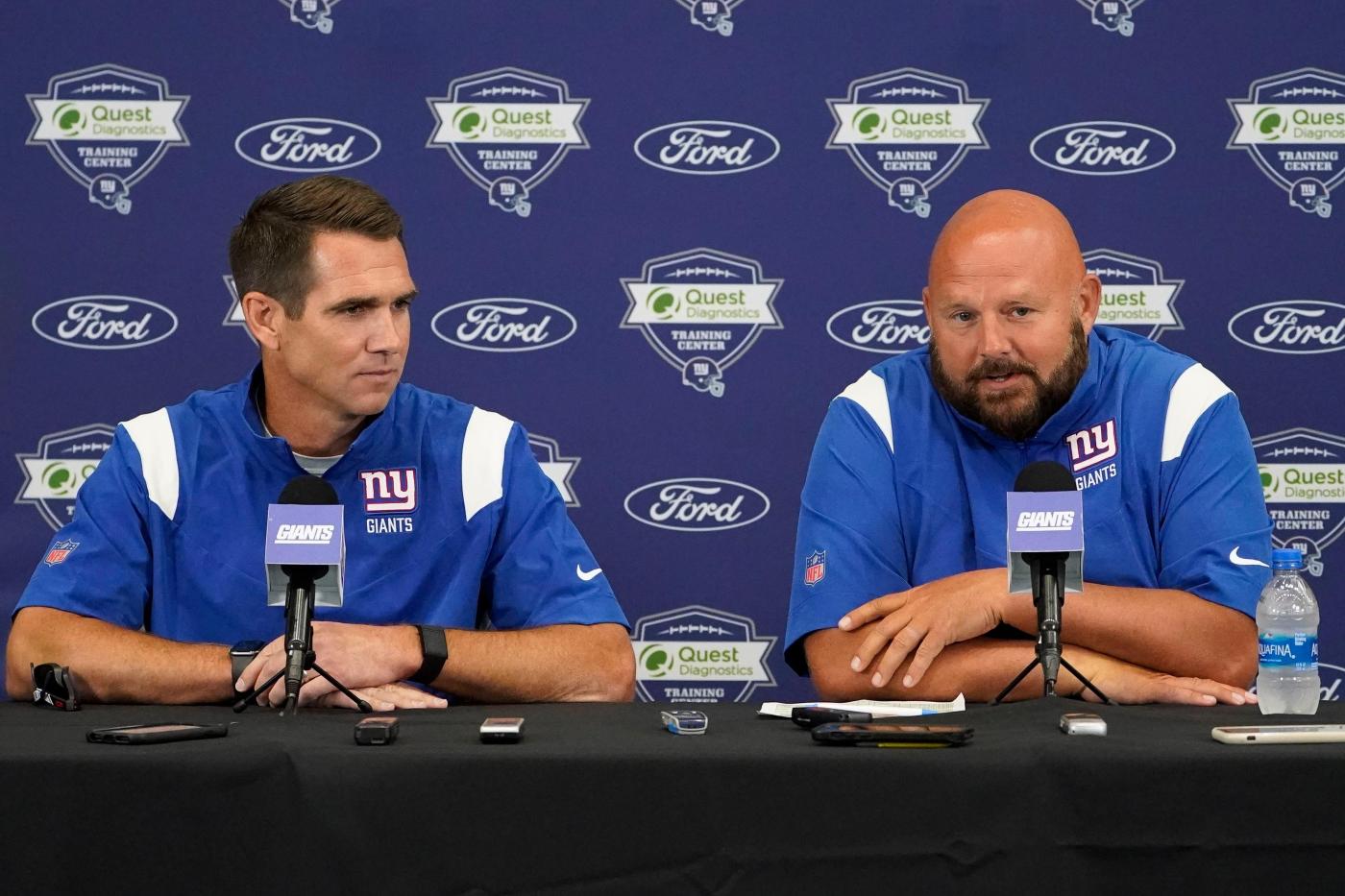 So is Beasley finished playing for good? Or is he biding his time before joining the Giants, who pursued him before he inked with the Bucs?

“I hope,” Giants center Jon Feliciano, a great friend of Beasley’s, said with a smile Wednesday. ”I’ve talked to him since he retired. I talk to him all the time. I dunno. I’m holding out hope. I think if the right situation comes, I think he comes back. But from what he says, he’s retiring. So I dunno. It might be just me holding out a little hope.”

The Giants’ desire to turn over and upgrade their receiver room is no secret, from GM Joe Schoen’s spring calls on Kadarius Toney, to the team’s dangling of Darius Slayton, to their benching of Kenny Golladay, their Beasley courtship and Odell Beckham Jr.’s unofficial Monday visit to East Rutherford.

“We didn’t do anything illegal!” Sterling Shepard said of Beckham’s visit to see his injured friend — though Shepard was walking on eggshells Wednesday and looking to Giants public relations for guidance, afraid he’d say something that would make the back page.

Beckham’s best fit once he’s fully healthy in November is likely back with the L.A. Rams, where he won the Super Bowl last season. He could seemingly help contenders like the Kansas City Chiefs, Green Bay Packers and Buffalo Bills out, too.

But don’t rule the Giants out.

“I think Odell will be torn between New York and L.A,” former NFL receiver Bennie Fowler, Beckham’s former Giants teammate, said on the ‘Talkin’ Ball with Pat Leonard’ podcast. “Those are two places that fit his personality, they fit who he is, they fit his brand, they fit him as an entrepreneur, they fit him as an athlete… I wouldn’t be surprised if he actually did choose New York. They’re a hot team.”

A major issue with recruiting Beasley and Beckham is that the Giants have no money. They have only $4.4 million in cap space, according to the NFL Players’ Association’s database and no desire or means to free more and kick it down the road.

They have started 3-1, though and their receiver room is decimated by injuries. So there is an opportunity and need at the position for a team that is winning games.

Shepard (torn left ACL) and Collin Johnson (torn left Achilles) are out for the season. Golladay (knee), Richie James (ankle), Toney (hamstring) and Wan’Dale Robinson (knee) all were either out or limited Wednesday. Golladay is not playing Sunday in London.

Beasley has been a good receiver for a long time with the Dallas Cowboys and Buffalo Bills. Giants head coach Brian Daboll was his offensive coordinator in Buffalo.

Feliciano, Beasley’s former Bills teammate, actually met Beasley for a “recruitment dinner” in early September when he was still a free agent.

Beasley’s retirement happened Wednesday just before Daboll stepped to the podium for his press conference. So it caught him off guard.

“When was that?” Daboll said when informed.

“Oh. He retired,” Daboll said to himself, repeating it, as if to make sure it was real. “Great guy. Very productive in our system. Wish him the best of luck. Him and his family, children, great person.”

Feliciano nodded: “Yeah. Dabes loves players that can get open.”

Agent Justin Turner told NFL Network, which first reported Beasley’s retirement on Wednesday, that Beasley “is ready to be with his family [in Texas] after playing in 11 seasons and it’s time to be a full-time dad and husband.”

Feliciano confirmed his friend “missed his family a lot and things probably weren’t going the way he wanted” in Tampa. It has nothing to do with Beasley’s ability to play.

“He hasn’t lost a step,” Feliciano said. “And the difference in hypotheticals of whether he came here or went back to Buffalo, in a scheme he already knows, I believe going to Tampa and learning a new offense kinda takes some time.”

Feliciano admits part of the reason he’s holding out hope for Beasley to come back to the Giants is “just me being biased or a fan of his.”

But he also said Beasley “has a lot of juice left in him and I know he has some marks that he’s trying to hit … I think it was 6,000 yards and 40 touchdowns or something like that.”

Indeed, Beasley has 5,726 career receiving yards and 34 TDs. He could hit those marks with one more year in the league.

Per a league source, unretiring to join another team would be easy enough for Beasley, too. Beasley’s rights would go back to the Buccaneers and then the Giants (or another team) could simply sign him off Tampa’s practice squad, provided they put him on their active roster for three weeks.

Will Beasley be a Giant? Will OBJ return? There are no answers yet. But there’s hope.

“Regardless, I’m happy he’s probably in a better head space right now going back home,” Feliciano said of Beasley. “He has three kids and a wife. But I’m kinda holding out hope that he unretires and [goes] if not here then somewhere else [where] he can ball.

Daniel Jones was listed as “limited” for Wednesday’s indoor practice in New Jersey due to his sprained left ankle. But Jones looked good rolling out and throwing on the run during the open portion of practice and the Giants didn’t sign an extra quarterback.

It looks like Jones is on track to play Sunday in London against the Green Bay Packers.

“Felt good out there,” Jones said. “Made a lot of progress the last couple days. It’s early in the week so I’m just trying to do everything I can to get back there. But I’m feeling good… I’m confident in my ability to throw from the pocket, throw outside the pocket and make plays from both.”

Jones switched his cleats back to the red high tops he wore last season and admitted they give his ankle “a little bit” more support. He also had the ankle taped. But there are no signs he won’t be ready for Sunday. For now, practice squad QB Davis Webb is tracking as Sunday’s backup QB with Tyrod Taylor (concussion) still in the protocol.

On the plus side, center/guard Nick Gates returned to practice as the Giants opened a 21-day window for him to prove he’s healthy enough to be activated off the physically unable to perform list.

“I’m just trying to make the team, basically,” he said. “I’m putting my best foot forward the next three weeks and [trying to] give them any reason not to be able to cut me.”