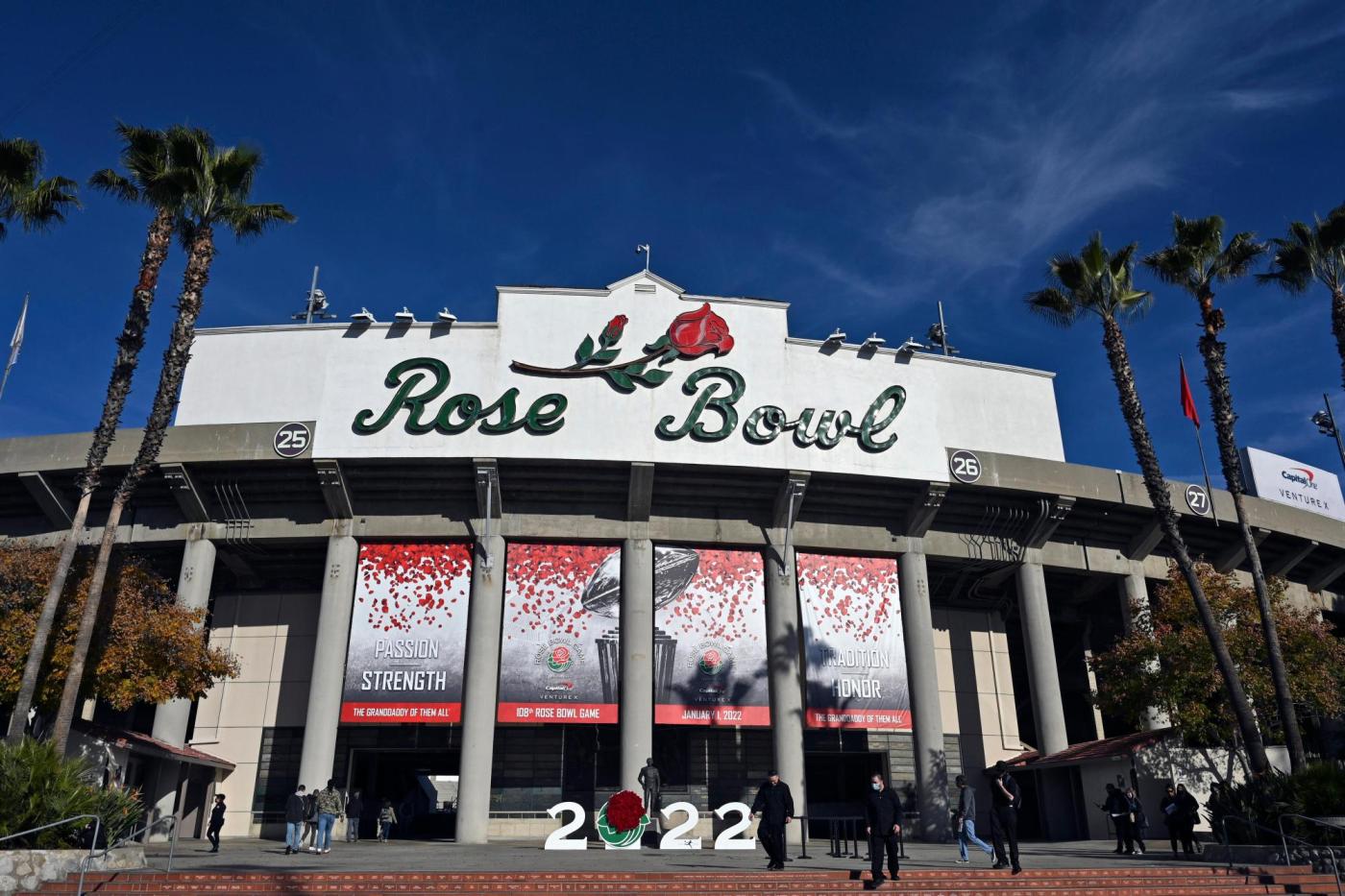 The College Football Playoff announced Thursday it will expand to a 12-team event starting in 2024, completing an 18-month process that was fraught with delays and disagreements.

The announcement came a day after the Rose Bowl agreed to amend its contract for the 2024 and 2025 seasons, which was the last hurdle CFP officials needed cleared to triple the size of what is now a four-team format.

The first round of the playoff in 2024 will take place on campus sites matching teams seeded 5-12 the week ending Saturday, Dec. 21. Exact dates are still to be determined.

The quarterfinals and semifinals will be played in the bowls that have been rotating as hosts of the semifinals in the current format: Rose, Sugar, Orange, Peach, Cotton and Fiesta.

“I want to re-emphasize that all the bowls stepped up, all six,” Hancock said. “And there’s no secret that we were down to the final minutes of the fourth quarter. And there was no overtime. And if we hadn’t reached an agreement, there’s no question in my mind that we would have continued the four-ream playoff through the ’2024 and ’25 seasons. But we’re here to celebrate the fact that we did reach an agreement.”

Expansion is expected to produce about $450 million in additional gross revenue for the conferences and schools that participate. The College Football Playoff’s 12-year contract with ESPN runs through the 2025-26 season.

The plan to expand the playoff was unveiled in June 2021, but conference commissioners who manage the CFP could not come to the unanimous consensus needed to push the proposal forward. Expansion for the 2024 season was pronounced dead back in February.

University presidents and chancellors who oversee the CFP stepped in and revived the process over the summer. They approved the original plan for use by 2026, and threw it back to the commissioners, directing them to try to expand by 2024, if possible.

No longer haggling over the format, the commissioners needed to work through when and where the games would be played and whether bowl partners and championship game hosts cities could accommodate a change in schedule for 2024 and 2025.

The Rose Bowl issue was the last to be settled, as organizers for the 120-year-old bowl game were hoping to get some assurances from the CFP that they would keep their valuable New Year’s Day time when new contracts go into effect in 2026.

CFP officials balked. Facing the possibility of being painted as an obstructionist and potentially being shut out of the expanded playoff in the long term, the Rose Bowl agreed to move forward in good faith.

“It’s our intent to keep the Rose Bowl game on Jan. 1,” said Laura Farber, chairwoman of the Rose Bowl Management Committee. “But we’ll remain flexible in scheduling as needed.”

Follow Ralph D. Russo at https://twitter.com/ralphDrussoAP and listen at http://www.appodcasts.com