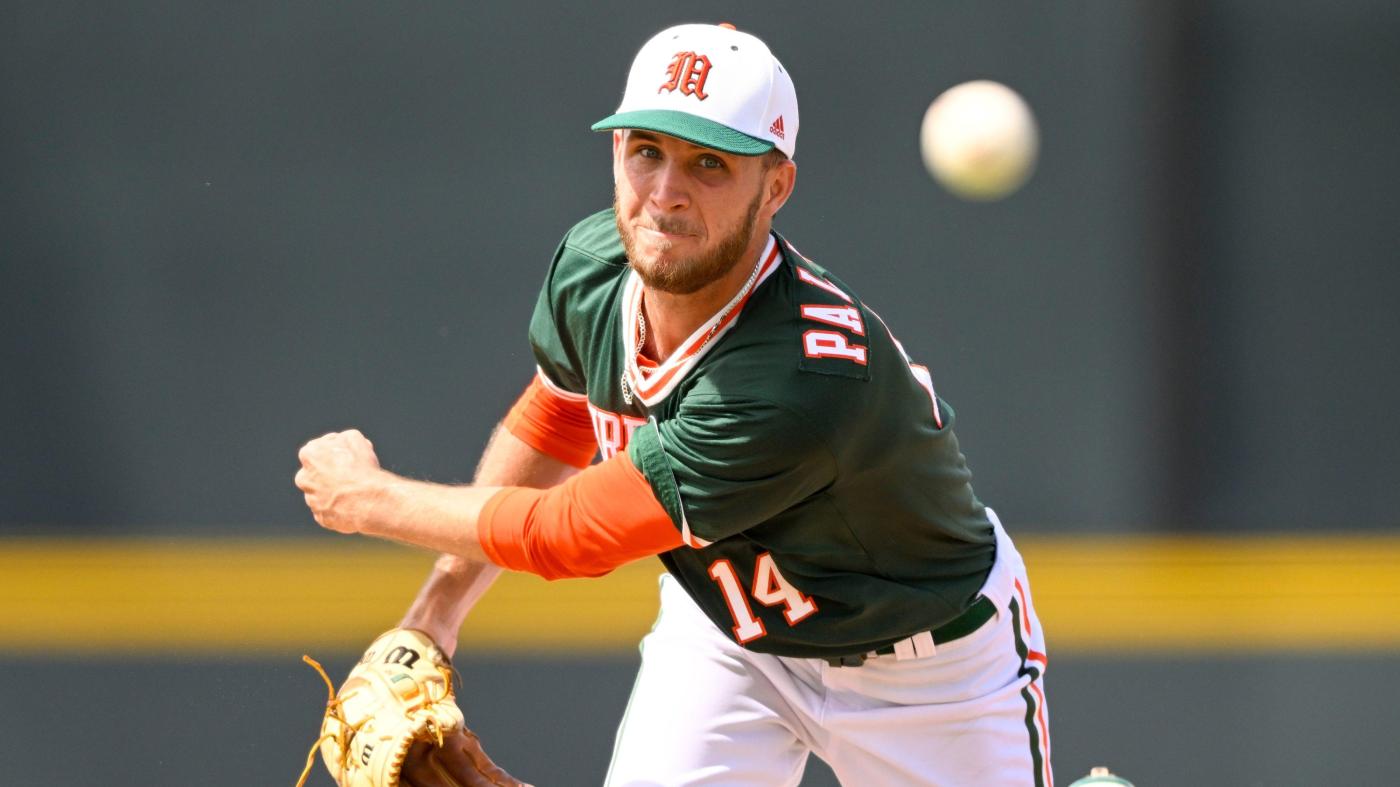 Over the past three seasons, Carson Palmquist showed college baseball fans he was among the nation’s best pitchers. Now he will have the chance to prove it in the professional ranks.

The Colorado Rockies picked the Hurricanes’ ace in the third round with the 88th pick of the MLB draft on Monday. Palmquist was the first UM player to be selected in this year’s draft.

The 88th pick has a bonus value of $713,000, according to MLB.com. Teams can sign players above or below the pick’s assigned value.

Palmquist moved from the bullpen to the starting rotation this year, going 9-4 with a 2.89 ERA and 118 strikeouts in 84 innings. The strikeouts were the most for a UM pitcher since Cesar Carrillo had 127 strikeouts in 2005.

Palmquist earned several postseason awards, being named to the All-ACC first team and All-American second-team by Collegiate Baseball and the NCBWA.

Palmquist’s success this season comes after a dominant run in Miami’s bullpen in his first two seasons. He was one of the best closers in the nation last year, earning All-American honors from multiple publications. He had 14 saves and a 2.22 ERA and 75 strikeouts in 44 2/3 innings.

“With a loose arm and a funky, lower-slot delivery, Palmquist has a sneaky fastball that tops out at 96 mph, but sits in the low 90s, in shorter relief stints,” Palmquist’s scouting report for MLB Pipeline says. “As a starter, he’s topped out at 93 mph and averaged just over 90 mph, but it plays up because of the deception from his delivery and his excellent command of it. His upper-70s slider features some quick break, is extremely tough on lefties and misses bats consistently. He had mostly used those two pitches coming out of the pen, but has gone to his fading changeup a lot more frequently as a starter.

“While Palmquist’s willingness to use that third pitch perhaps gives him the chance to start, scouts are unsure if he has the overall command, especially of his secondary stuff, to do so long-term, particularly with his funky delivery. Teams considering taking him in the first few rounds can always send him out as a starter knowing they can put the southpaw in the bullpen and get him to the big leagues in a hurry.”