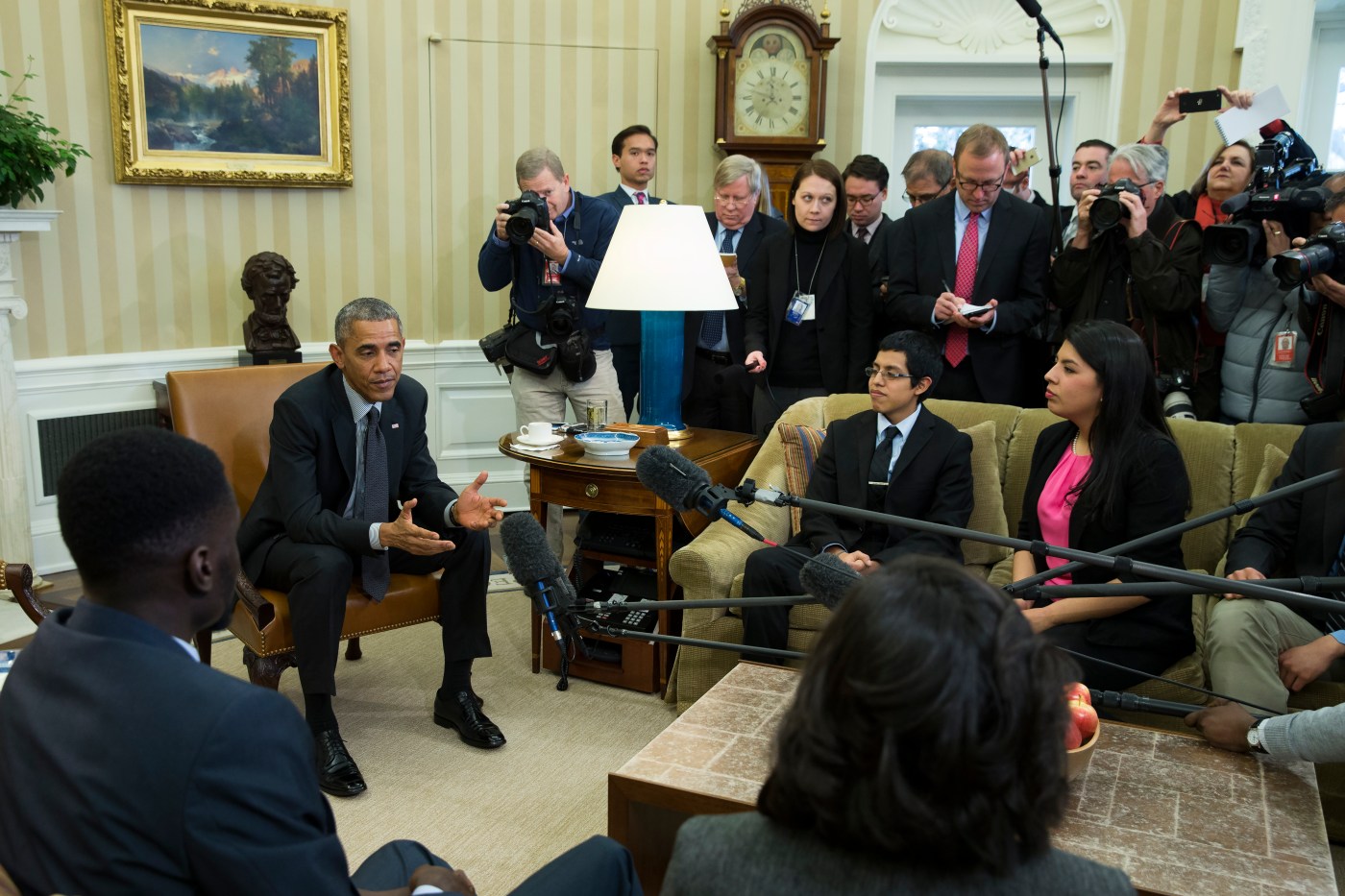 When I was just 11 years old, my family brought me to the United States from El Salvador. It was 2001, and we were visiting family. I couldn’t grasp then how permanent this trip would become or that we overstayed a visa.

Over the years, I could see the shame my family carried about our situation. I focused on making them proud through my involvement in school and church, and I didn’t learn until I walked across the stage for my high school diploma of my limitations as an undocumented immigrant.

I was not eligible for financial aid for college so I sought out the U.S. Army when I turned 18. I walked into the recruitment office with hope that it would be my path to citizenship by serving the country I was raised to love. Yet, I was turned away there too because I lacked a green card.

Ultimately, I worked hourly jobs, from the restaurant industry to landscaping, to pay course by course until I graduated with a bachelors in cyber security from the University of Maryland.

In 2012, the Deferred Action for Childhood Arrivals (DACA) policy arrived. I felt God had seen me. I could pursue more jobs, travel without fear of ICE and buy a house.

Every two years, I diligently renewed my DACA status. My card read “unknown” on my employment papers as DACA recipients have no path for qualifying for H-1Bs, L-1s, OPT or other work-based visas. As a result, despite my skills, I wasn’t hireable for the jobs I was credentialed in.

As of June 15, DACA has been in place for 10 years. It isn’t a perfect policy, but it has created protections for people like me who moved to the U.S. as small children without choice or say. It’s time for Congress to intervene for the more than 600,000 other DACA recipients, including roughly 5,000 here in Massachusetts, who love America and have put their best foot forward to be productive members of this society as nurses, teachers and other critical frontline workers.

Imagine what more we would unlock for the American spirit and economy if my community had the ability to earn legal permanency!

Unfortunately, experts are warning that the courts could instead put an end to DACA as early as this year. If so, people with my similar story run the risk of unemployment and deportation to countries with no familiarity or connections.

I wish my story was enough to motivate elected officials, but the least they can do is listen to their voters. The National Immigration Forum recently published a poll showing a super majority want Congress to act on common-sense immigration policies in 2022 that include earned legal status for undocumented immigrants who came to the U.S. as children. The Alliance for New Immigration Consensus has also emerged demonstrating this momentum represented by nearly 40 grassroots organizations across the faith, business, agriculture and national security communities.

My chapter took a turn in 2016 when my now wife and I fell in love. She is a fellow Spanish speaker, so we explored potentially moving to Mexico or Costa Rica to ensure we would never face separation because of my DACA status. After our wedding, we started with a family petition, and I was approved for a green card that has unlocked so many more ways for me to live fully in America.

Policymakers need more exposure to the significant impact it creates when immigration status is clear and how hard it is to obtain. Had there been a “right way” when I reached the age to understand my circumstances, I would have done it immediately. I would have figured out how to pay any fee, earn any degree or serve in any capacity. I know I am not alone.

We love America. We grew up here. All we know is this incredible land of opportunity.

Congress has the ability to positively impact many lives by passing a solution such as the Dream Act, to include a pathway to permanent residency and eventually citizenship. The time to act is now.

Samuel Zelaya Rivas and his wife reside in Shrewsbury.