Connor Clifton making himself an essential piece of the puzzle 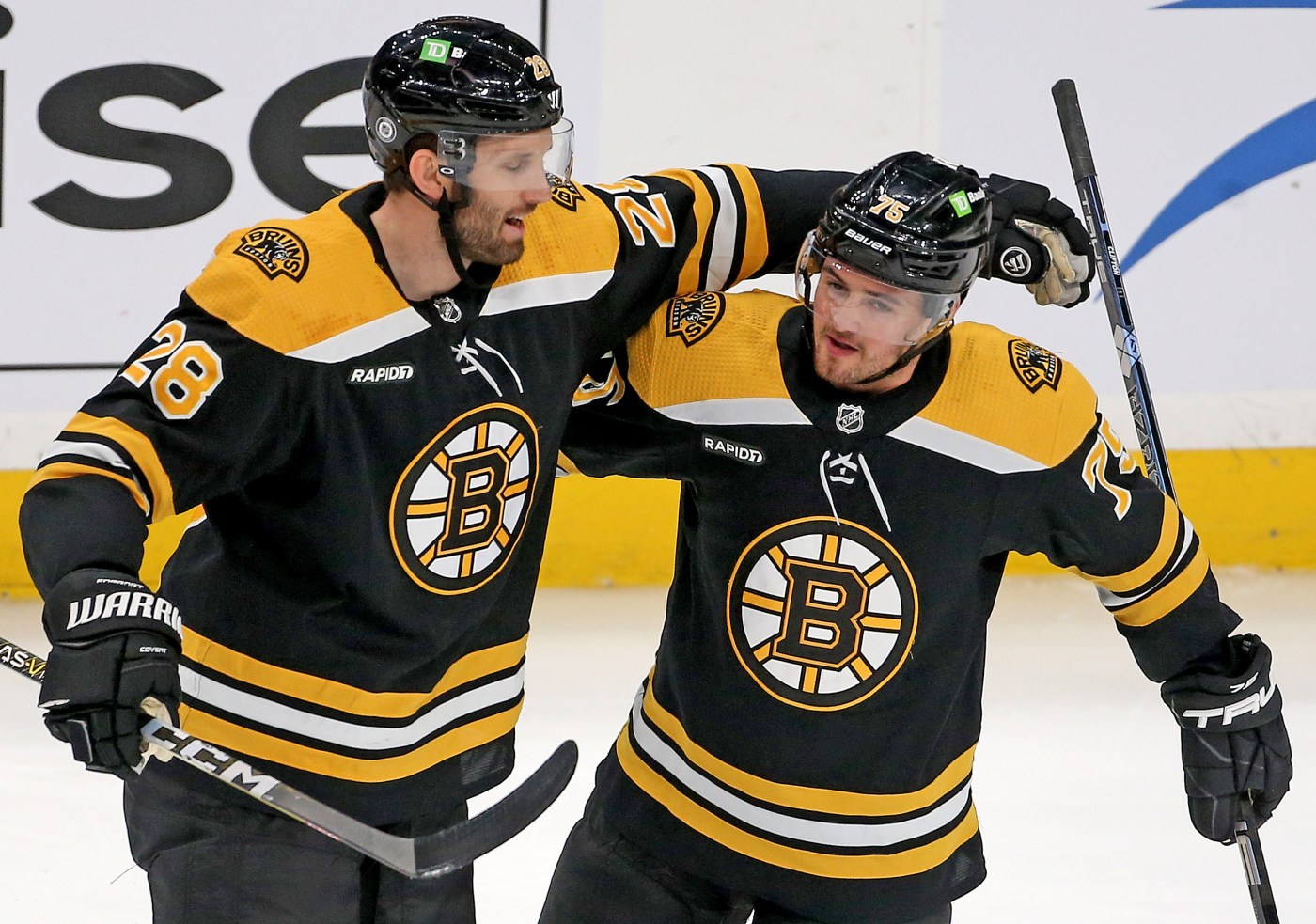 Connor Clifton, in the last year of a three-year bargain basement contract, said he has not yet talked to Bruins’ management about an extension. And for the record, the defenseman said he’s not overly concerned with his next deal. This Bruins’ season has been too much fun to obsess about business right now.

But that business will take care of itself – whether it’s here or somewhere else — if Clifton continues to play like he has been. After a little bit of lull in his game when his role was somewhat reduced with the return of the Charlie McAvoy, he looked very much back on the beam in the B’s 7-3 victory over the Florida Panthers on Monday.

He’s no longer that guy who’s desperately clinging to the sixth D-man spot.

“I think I’ve finally found some confidence and it’s been building from Game One,” said Clifton. “I honestly think playing more minutes earlier in the year helped that and now my role’s been more limited and I’ve been trying to play that same way with less minutes, which is obviously an adjustment. But it’s been going pretty well. I talked to (coach Jim Montgomery). I thought I lost my game a couple games ago but I thought (Monday) night was really good after two games ago, because I kind of struggled honestly. So it’s just finding that balance and trying to maintain that confidence for me.”

“I just felt like I wasn’t closing as fast,” said Clifton. “Earlier in the year, I was just closing so hard and we were playing with the puck. They’d get it in our D-zone, we’d get it back and we’d be going on the rush. It was less time in the D-zone. And I just felt like, after having some conversation with the coaching staff, I hadn’t been doing as good f a job. It felt good (Monday).”

Clifton jump-started the B’s in the win over Florida when he took the puck in deep for a shot, followed the play behind the net and scored on the rebound for the first goal of the game. It was the kind of play that we’re used to seeing occasionally from Clifton — and Montgomery would like to see more of it

“One day he came to me and said ‘Man, I didn’t think I had to worry about you and you’re lack of aggressiveness,’” said Clifton. “He was like ‘I want you to go here.’ And I’m like ‘That sounds great.’ Obviously there’s a line. We want to be part of the offense, and we have been. But you don’t want to give up chances that you could have prevented if you were a little more conservative.”

Finding that balance is something that has been a work in progress. Montgomery has wanted his defensemen to play on their toes, be ready to activate in the offensive zone and be comfortable playing down around the dots at times. Montgomery said the group had been doing that well at the start of the year but had slowly gotten away from it.

About 10 days ago, the coaching staff started to harp on it more in video sessions. It showed on Monday. Not only did Clifton score the game’s first goal, Brandon Carlo scored his first of the season and a Hampus Lindholm rush produced a breathing-room goal from David Krejci that helped to turn back a Florida comeback attempt.

As for Clifton in particular, Montgomery sees some untapped offensive potential.

“Just looking at Cliffy’s game, he makes plays out of nothing, which is his instincts and his natural abilities,” aid Montgomery. “But he also has the ability to make really good decisions on entries. I think in the offensive zone is an area where his game can grow the most, just knowing that this is going to work and having the confidence to go to those areas as a support player.”

While most people understandably have been wondering what David Pastrnak’s contract might look like – and when it’s going to get done — Clifton is in line for a decent raise himself. He’s been on a three-year deal that has paid him $1 million per season. With right-shot defensemen being the commodity that they are around the league – and there doesn’t appear to be a player within the B’s organization who’d be ready to step into that spot – it could make for a challenging negotiation.

But for now, that’s not at the forefront of his mind.

“I’m not too worried about it,” said the 27-year-old Clifton. “Is it on my mind every once in a while.? Yeah, I think about it. But we’re having such a great year. It’s such a special group and I’m taking it one day at time right now because it’s been great.”…

Montgomery admitted that the development of defenseman Jakub Zboril is a concern. He has not played since November 23 in Florida, when he coughed up the puck in a costly mistake. But unfortunately for Zboril, said Montgomery, there are higher priorities right now.

“It’s a tough situation,” conceded Montgomery. “We stay in communication with him about his development. We want to get him in a game. But we’re in the winning business and we have six defensemen who are playing really well. And the team’s doing well.”…

Though holiday roster freeze is on, teams are still allowed to call players up from the AHL (they cannot be sent down during this period) and the B’s officially called up Craig Smith after making a paper transaction on Monday night after he cleared waivers earlier in the day for cap flexibility. Smith took his regular shift with the fourth line on Wednesday…

The B’s have a tough two-game set before the three-day holiday break, hosting the Winnipeg Jets (21-10-1) on Thursday and visiting the New Jersey Devils (21-9-2) on Friday, though the young Devils have been slumping of late and lost the Metropolitan Division lead on Tuesday.