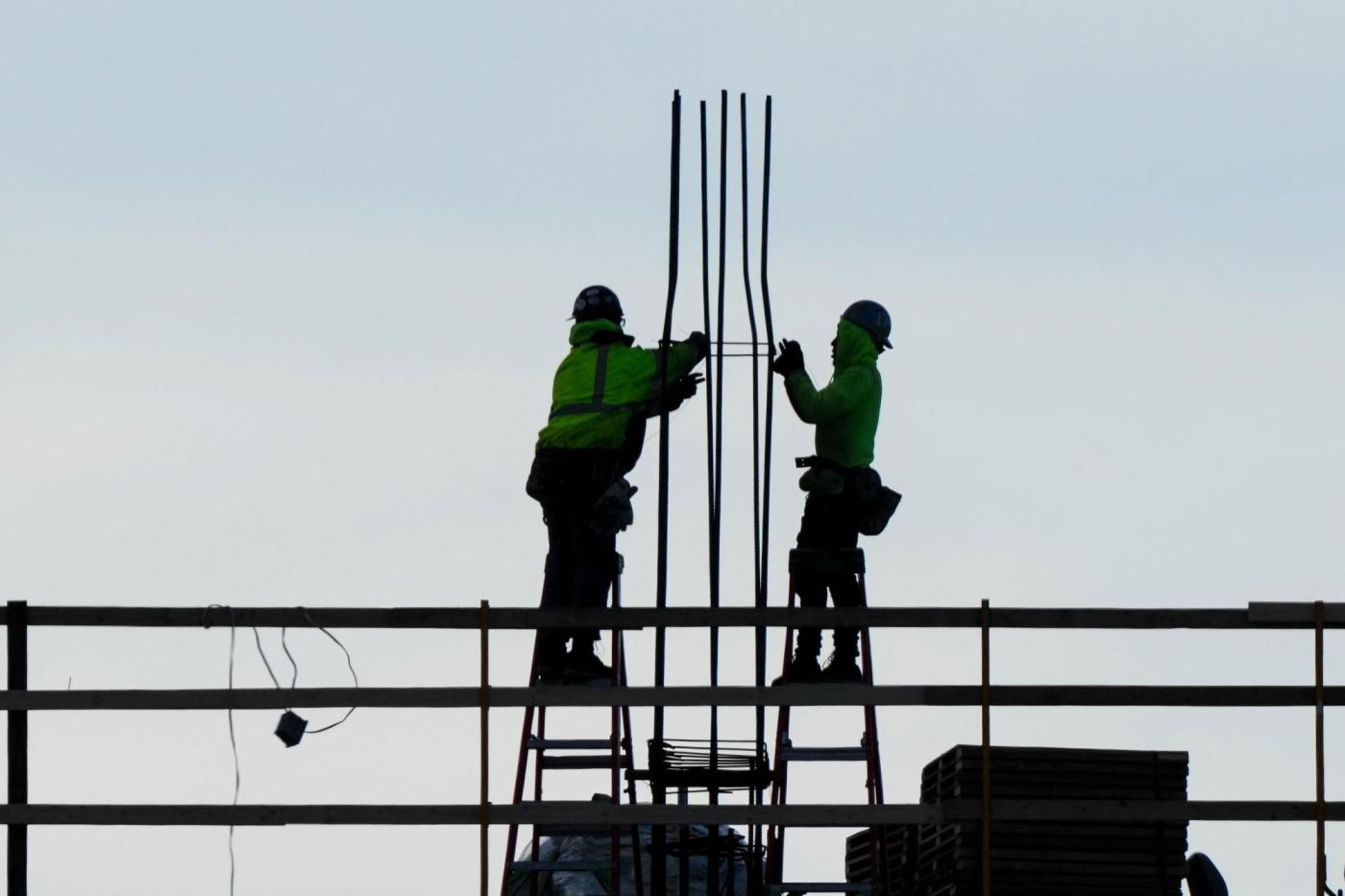 WASHINGTON (AP) — America’s employers added a solid 223,000 jobs in December, evidence that the economy remains healthy even as the Federal Reserve is rapidly raising interest rates to try to slow economic growth and the pace of hiring.

With companies continuing to add jobs across the economy, the unemployment rate fell from 3.6% to 3.5%, matching a 53-year low, the Labor Department said Friday.

All told, the December jobs report suggested that the labor market may be cooling in a way that could aid the Fed’s fight against high inflation. Last month’s gain was the smallest in two years, and it extended a hiring slowdown that began last year. And average hourly pay growth eased to its slowest pace in 16 months. That slowdown could reduce pressure on employers to raise prices to offset their higher labor costs.

“If these trends continue, we can feel more and more confident that the strength of this labor market is sustainable,” said Nick Bunker, head of economic research at the online job site Indeed’s Hiring Lab. “The outlook for next year is uncertain, but many signs point toward a soft landing,” rather than a feared recession.

At the same time, December’s hiring figures don’t necessarily make the Fed’s path forward any clearer. The pace of job gains is still strong enough to keep lowering the unemployment rate, which, in turn, could keep pay growth high. Lisa Cook, a member of the Fed’s Board of Governors, said in a speech Friday that “inflation is far too high” and “of great concern,” though she also noted that wage growth “has indeed started to decelerate.”

Other recent data also point to a cooling economy: A measure of business activity in services, including finance, restaurants and transportation, contracted in December for the first time since 2020. A similar measure for manufacturing also shrank last month.

And a near-doubling of mortgage rates this year has sent home sales tumbling for 10 straight months.

Last month’s job gains capped a second straight year of robust hiring during which the nation regained all 22 million jobs it lost to the COVID-19 pandemic. Yet the rapid hiring and the hefty pay raises that accompanied it likely contributed to a spike in prices that catapulted inflation to its highest level in 40 years.

The picture for 2023 is much cloudier. Many economists foresee a recession in the second half of the year, a consequence of the Fed’s succession of sharp rate hikes. The central bank’s officials have projected that those increases will cause the unemployment rate to reach 4.6% by year’s end.

Though the Fed’s higher rates have begun to cool inflation from its summertime peak, they’ve also made mortgages, auto loans and other consumer and business borrowing more expensive.

For now at least, the pace of hiring is showing surprising resilience in the face of higher interest rates across the economy. One recent beneficiary is Ethan Edwards of Oklahoma City, who accepted a job offer last month after having looked around for nearly a year.

Edwards, 41, had taken his time because he was picky: He already had a job in local broadcasting, where he worked in marketing. But he wanted to find a position in a new industry in which he could work from home while avoiding a pay cut.

“So far,” he said, “every step of the way has been awesome.”

Among industries, the largest job gains last month were in health care, which added 74,000. Leisure and hospitality, a category includes restaurants, hotels, and entertainment, gained nearly as much: 67,000.

Many of those jobs were part-time positions. That trend suggests that as inflation began to accelerate, some people took on second jobs to help keep up with rising costs.

Bill Adams, chief economist at Comerica Bank, noted that the December jobs report showed that roughly 80% of people who found jobs last month took part-time work, which typically pays less than full-time jobs. That is likely one reason why wage growth has been slowing.

President Joe Biden suggested Friday that the continuing job gains were, in part, a reflection of his policies, in which the government supplied vast aid during the pandemic to boost hiring and then added spending on infrastructure, computer chips, manufacturing and other areas to support business investment.

“It’s a good time to be a worker in America,” Biden said in a statement. “We still have work to do to bring down inflation.”

Jared Bernstein, a top economic adviser to Biden, said the administration is still hoping for growth in inflation-adjusted wages.

“What’s important to us is that families have the buying power through their paychecks to get ahead,” Bernstein said

Some companies, notably restaurants and hotels, are still scrambling to regain jobs lost to the pandemic. Among them is HMSHost, which operates 990 airport restaurants in North America under 350 different brands. The company is looking to hire 100 workers to help staff new restaurants that will open in the coming weeks.

“We’re not slowing down in our hiring efforts or our business at all,” she said.

HMSHost hired roughly 23,000 people last year as the company desperately tried to staff up after laying off 90% of their workers during COVID-19 shutdowns. FitzRandolph said many job applicants had failed to show up for interviews. But in recent months, the company is seeing more people apply for openings, and those applicants are more likely to appear for interviews.

“It’s becoming somewhat easier to find people to work in the restaurant industry,” she said.

In June, year-over-year inflation had reached 9.1%, the highest level in 40 years, before slowing to 7.1% in November. Last year, in an aggressive drive to reduce inflation back toward its 2% goal, the Fed raised its benchmark rate seven times.

Fed Chair Jerome Powell has emphasized in recent remarks that consistently strong job growth, which can force employers to raise pay to find and keep workers, can perpetuate inflation: Companies often raise prices to pass on their higher labor costs to their customers. And higher pay typically fuels more consumer spending, which can keep inflation elevated.

For that reason, Powell and other Fed officials have signaled their belief that to tame inflation, unemployment will have to rise from its current low level.

Technology companies have been laying off workers for months, with some, including Amazon, saying that they had hired too many people during the pandemic. Amazon has boosted its layoffs to 18,000 from an earlier announcement of 10,000. Cloud software provider Salesforce says it will cut 10% of its workers. And Facebook’s parent company Meta says it will shed 11,000.

Yet outside of high tech, smaller companies, in particular, are still hiring. According to the payroll processor ADP, companies with more than 500 employees cut jobs in December, while businesses below that threshold added many more workers. And an analysis by investment bank Jefferies showed that small companies were posting a historically high proportion of job openings.