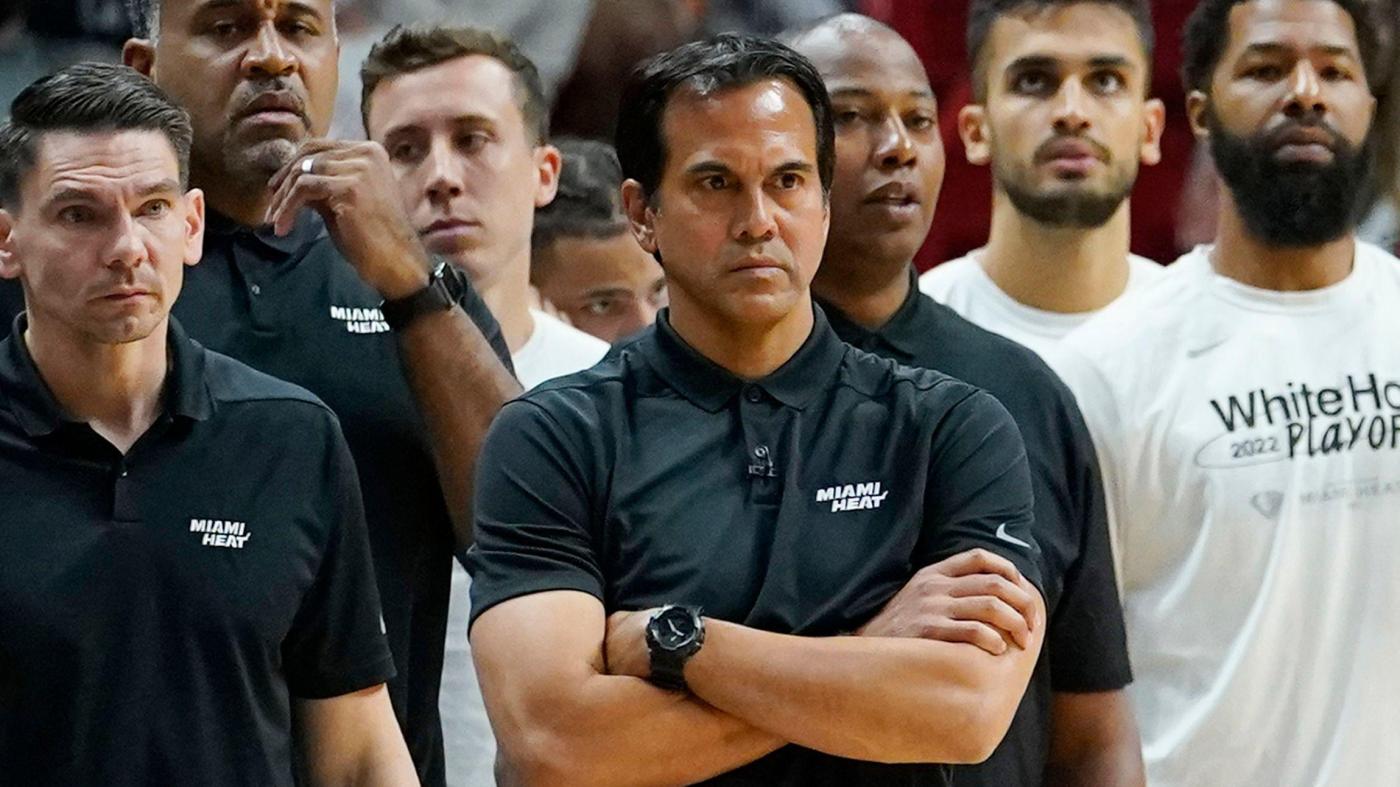 Q: Hi, Ira. OK, this might be a good problem for Erik Spoelstra to have, but what if Victor Oladipo outplays Tyler Herro during training camp? He might be as good offensively and probably better defensively. If the Heat are, in fact, a meritocracy, could things play out that way where Tyler remains the sixth man or are they more in need of showcasing him for a possible trade down the line, maybe right before the trade deadline? I’m concerned that would cause some locker room issues. – Eddie, South Bend, Ind.

A: I believe it is more a matter of best fit, both for the starting lineup and the bench. Look, Erik Spoelstra already has started Kendrick Nunn over Tyler Herro, and then stayed with a struggling Duncan Robinson over a surging Tyler Herro for the better part of last season. Rotation matters most. So being outplayed during the preseason does not necessarily mean being demoted or elevated. The rotation is a factor of team chemistry, as well.

A: I’m not sure the Heat are going into camp with a “Max Strus starting position.” As stated above, chemistry will dictate the lineup and the rotation. For example, if Caleb Martin is the starting power forward, it could call for a different cocktail than if the Heat open with a pair of big men in the power rotation. Heck, Max could be in an undersized power mix. Camp and the preseason could have a lot to do with what might follow.

Q: Would you agree that Kevin Durant did not learn anything from the contract extensions LeBron James would sign in Cleveland? LeBron would sign a two-year contract with a player option for the second year. This would allow him to pressure the team to keep him happy. By signing the four-year extension last summer, Kevin gave away his leverage and the team holds all of the cards. – Karl, Miami.

A: And, yet, hasn’t Kevin Durant seemingly gotten everything he has wanted from the Nets over his Brooklyn tenure, from a year’s pay without playing, to adding Kyrie Irving and James Harden, to getting a coach he said that he liked until he said he didn’t? And the other argument to be made is that he still seems to be holding plenty of leverage, including the Nets looking to facilitate his trade demand at fair-market value. It has become clear that the NBA maxim is happy player, happy life . . . no matter the contract status.