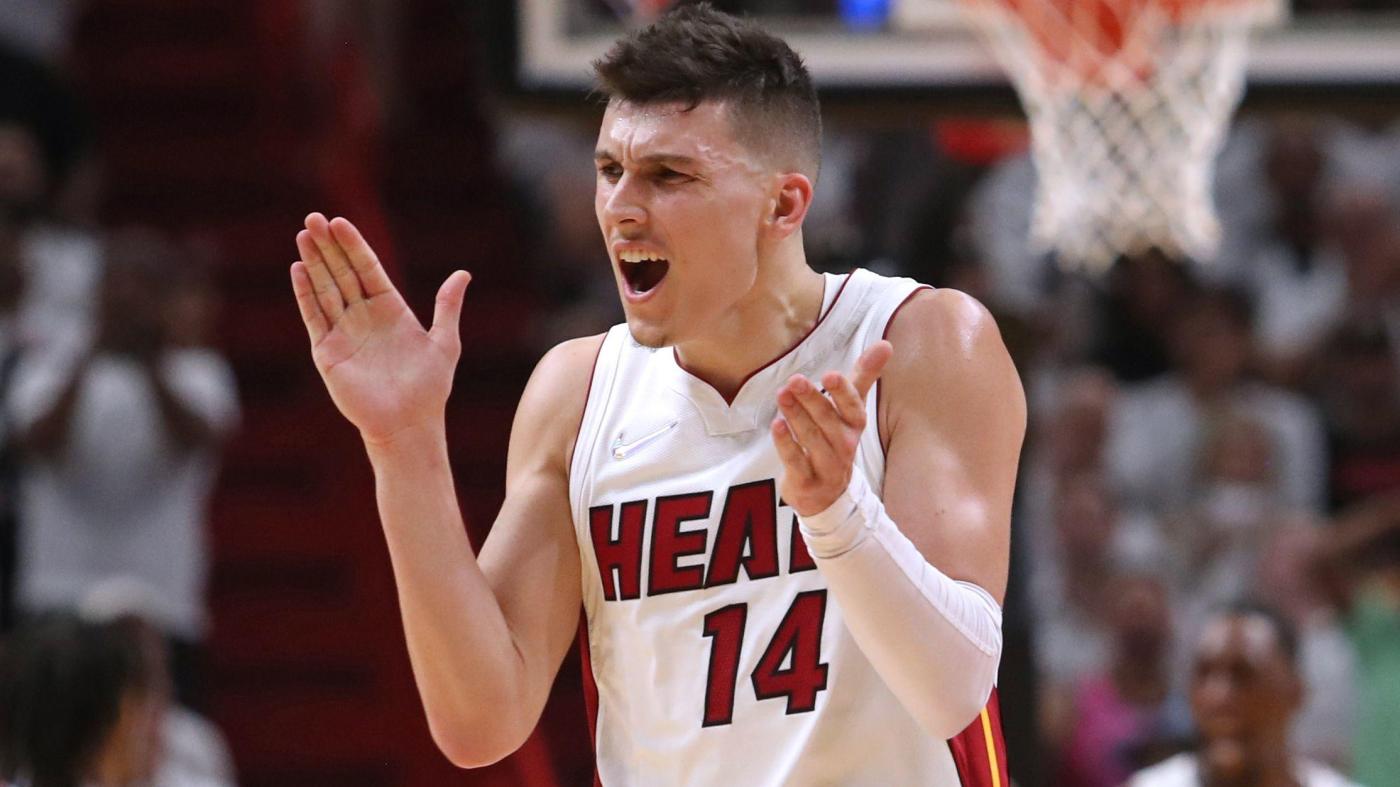 The last time a Miami Heat first-round pick was positioned for a sizable extension from the NBA rookie scale the move came within six weeks of the end of the previous season. It also came less than a month before the start of the next season.

Such was the unusual timing when Bam Adebayo maxed out with a five-year, $163 million extension in November 2020, with the previous season not ending until Oct. 11 due to the pandemic and the next season starting on Dec. 22.

The timing constraints hardly are similar this time around for Tyler Herro, with the NBA back to a more traditional schedule that had the season ending on June 16 and next season not opening until Oct. 19.

Still, the clock is ticking for the Heat, and for more than the decision on whether to extend Herro by his Oct. 18 deadline or allow him to become a restricted free agent next summer.

Because Herro would go from his locked-in 2022-23 salary of $5.7 million to something closer to an average of $25 million in an extension, the Heat effectively would be unable to trade him until the 2023 offseason once extended.

In NBA’s salary-cap vernacular, the wildy divergent salaries from 2022-23 to ‘23-24 would create a “poison pill” for any Herro trade. In a deal between teams operating above the salary cap, the streak-scoring guard would go out at about four times the amount of the salary the Heat would be able to take back.

In essence, the poison pill would make him toxic as a trade asset once extended.

An extension for Herro effectively would remove him from any trade discussions regarding Brooklyn Nets forward Kevin Durant or Utah Jazz guard Donovan Mitchell.

Typically, other than with the most elite of draft picks, extensions stand as a waiting game, as seemingly will be the case for Herro, the No. 13 selection in 2019 out of Kentucky.

Not out of disrespect.

But simply because it’s business.

So far extensions the 2019 draft class have gone to No. 1 pick Zion Williamson, with the New Orleans Pelicans extending the forward for $193 million over five seasons; No. 2 pick Ja Morant, with the Memphis Grizzlies guard extending for the same amount as Williamson, with the chance of his deal rising to $231 million; and No. 5 pick Darius Garland, with the Cleveland Cavaliers guard also receiving $193 million over five seasons.

But that doesn’t mean that deals down the draft order can’t be quickly consummated. Last week, Keldon Johnson, the San Antonio Spurs guard selected at No. 29 in 2019, received a four-year, $80 million extension.

The mere fact that Herro is extension eligible could work against the Heat in trade talks with a rebuilding team such as the Jazz possibly preferring not to have to consider such an immediate outlay. That also reportedly has Utah debating the viability of dealing for New York Knicks guard JR Barrett, the No. 3 pick in 2019, who also is extension eligible.

But that also does not mean the Heat are slow-playing the process.

Even when second-round pick Josh Richardson was extended from his rookie contract by the Heat in 2017, that four-year, $42 million extension did not come until Sept. 18, 2017.

Based on Herro’s interactions with coach Erik Spoelstra and Heat teammates at the NBA Las Vegas Summer League a week ago, there certainly does not appear to be any bad blood or tension, even as his extension clock ticks.

Then again, the Heat have largely moved beyond the extension game since selecting Dwyane Wade at No. 5 in 2003, with Michael Beasley and Precious Achiuwa among first-round selections dealt before reaching their Heat extension windows.