Todays Though > News > Could there be a Jimmy Butler component to a Heat trade for Kevin Durant? – Boston Herald
News

Could there be a Jimmy Butler component to a Heat trade for Kevin Durant? – Boston Herald 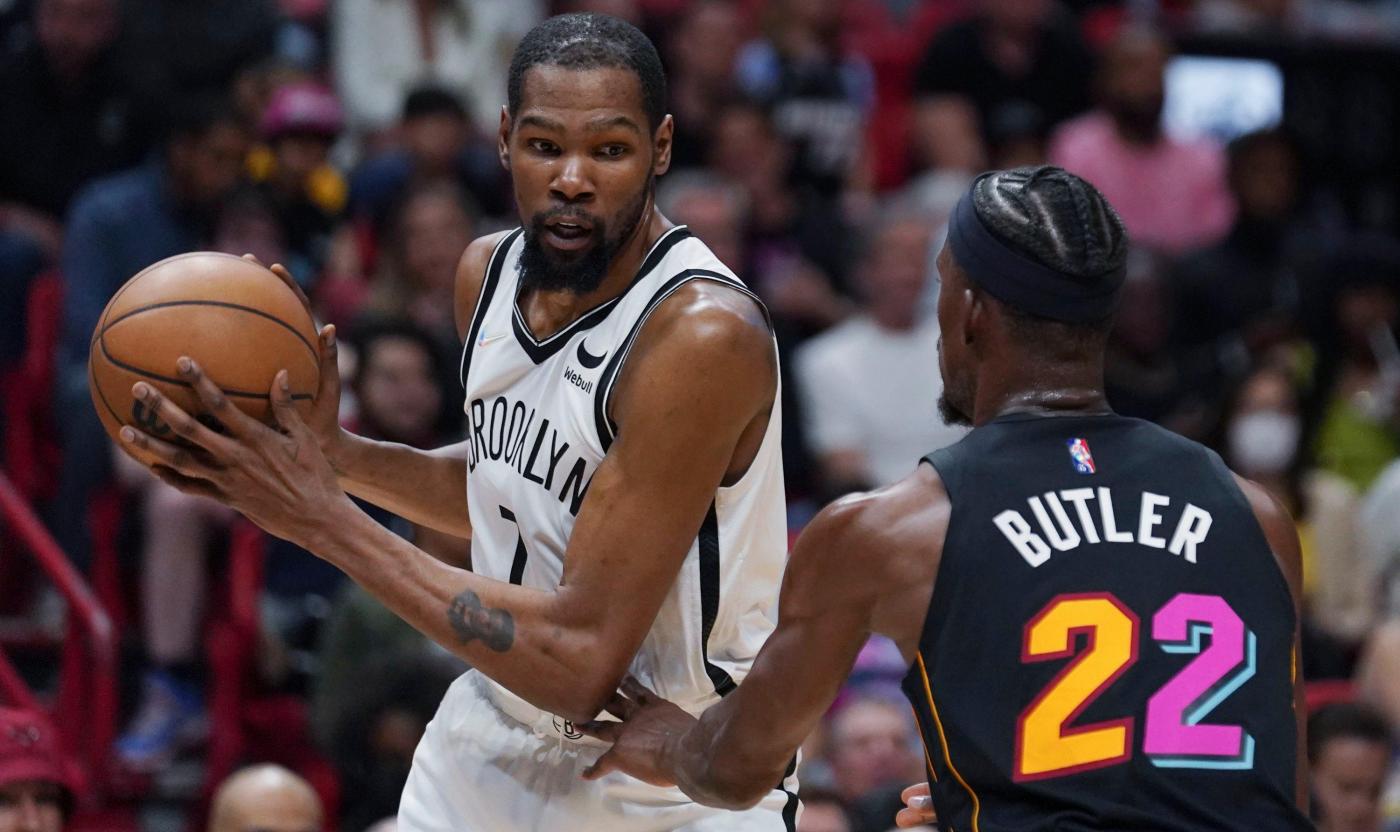 Q: If Boston has now set the mark that an All-Star needs to be included in the package for Kevin Durant, it should be Jimmy Butler and not Bam Adebayo. The combination of Butler and Durant is simply not as lethal as a combination of Bam and Durant. Not to mention, having two 34-year-olds is something that should be avoided especially with the severity of injury Durant had. Bam has 10 elite-level years left and Butler maybe a few. The team would be in better shape for the future, as well, by keeping Bam. – Brian.

A: Actually, when reports of Kevin Durant’s trade request surfaced, some of the speculation did center on Jimmy Butler as a matching trade piece. But that seemingly would be nothing more than subbing out similar components, with a potential net gain, but not an extreme net gain, in light of Butler’s perimeter defensive capabilities. And Jimmy is so tied to Kyle Lowry that there could be some lingering concerns there, as well. When you go through the machinations to bring aboard a Kevin Durant, it has to be with the mind of a significant, franchise-altering upgrade. I’m not sure it’s worth the effort if it means moving on from a player who helped you make the Eastern Conference finals in two of the past three seasons, at times carrying the team on his back, as well as tossing in other sweeteners. To this point, what team has offered their best player to Brooklyn for Durant?

Q: Dare I point out what should be the elephant in the room, but somehow is camouflaged against a gray-painted wall? Jimmy Butler as the centerpiece for Kevin Durant makes more sense from both sides than Bam Adebayo. They fill the same role on each team and they’re the same age, so we don’t mortgage 10 years of good basketball for a 2-3 year window. Butler trumps all the Jaylen Browns and Andrew Wigginses out there. We don’t decimate a “big men” front line that already has nothing behind Bam that can be played in a Finals rotation. – Morgan, New Orleans.

A: So then let’s go to the other side of the equation, regarding the Nets. Subbing out Kevin Durant in favor of Jimmy Butler would hardly move the needle there, as well. Jimmy Butler, Kyrie Irving and Ben Simmons gets you where? Let alone the awkward reunion between Butler and Simmons. That’s why the attraction with a younger star, be it a Jaylen Brown and Bam Adebayo. That way you at least can try to bridge to a future.

Q: Are Nets playing a chess game of attempting to dismantle the Celtics’ and/or Heat’s young core? Kevin Durant may change his mind (wink, wink) by deciding to stay with Kyrie Irving, but the emotional scars of battle remain into the 2022-23 season. Irving is known to be a habitual manipulator. This vendetta especially applies to the team which swept the Nets out of the playoffs in the first round. Some observers are still trying to figure out the raison d’etre of Durant’s puzzling trade demand last month. – Leonard, Cornelius, N.C.

A: No, not psychological warfare, but rather a team desperately trying to regroup from a failed experiment. As for Jaylen Brown, Bam Adebayo or any other player mentioned in trade speculation, that’s when you put your big-boy pants on and handle it like a pro. It’s all part of the game.