Todays Though > News > Crete-Monee’s Lynel Billups-Williams goes for 237 yards and 3 TDs in playoff opener. And his family? ‘Everybody is rooting for me.’ – Boston Herald
News

Crete-Monee’s Lynel Billups-Williams goes for 237 yards and 3 TDs in playoff opener. And his family? ‘Everybody is rooting for me.’ – Boston Herald 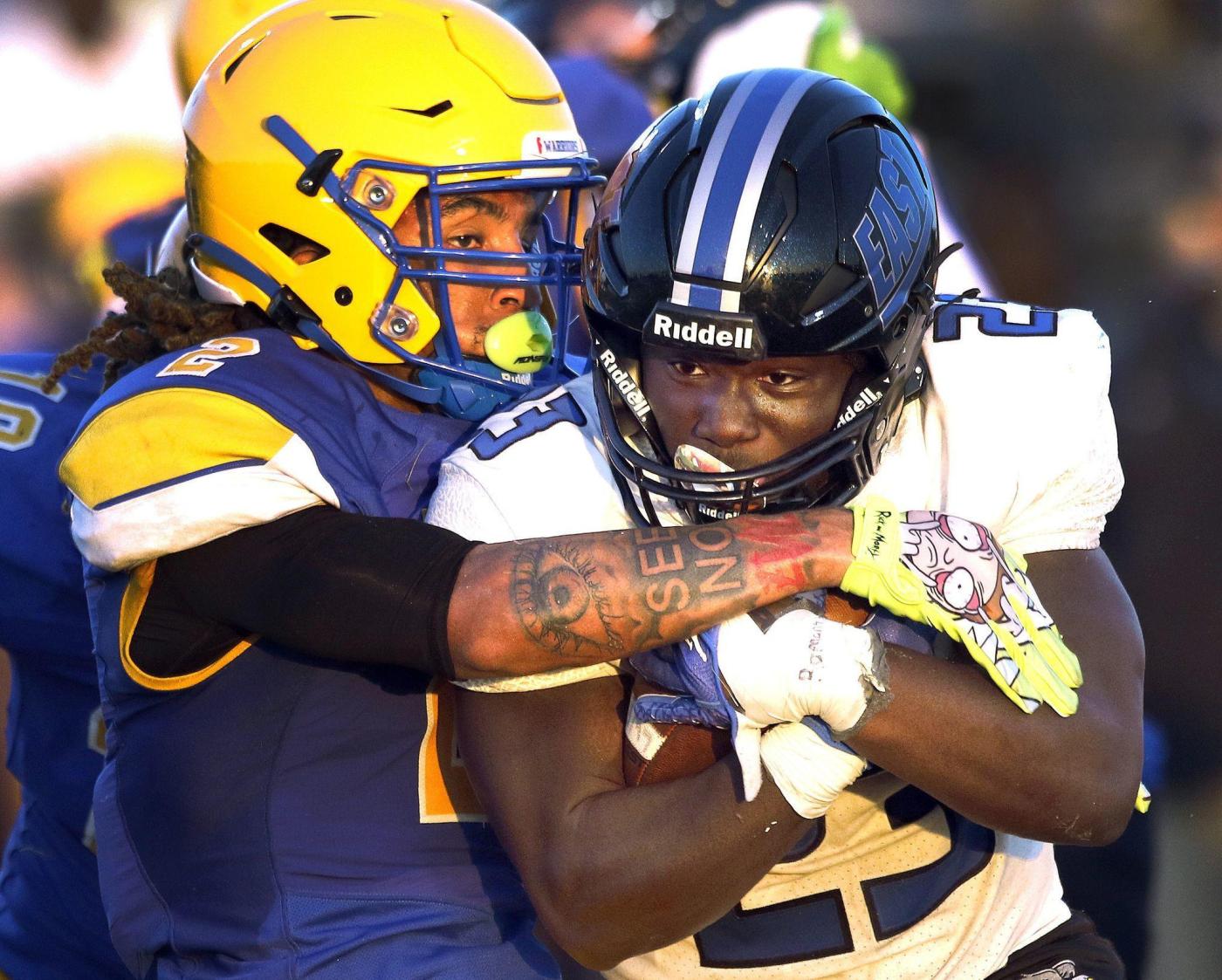 Like many talented high school football players who receive Division I offers, Crete-Monee’s Lynel Billups-Williams has a dream of playing in the NFL.

But there is something else the senior receiver wants to accomplish. Billups-Williams, who committed to Miami of Ohio in the summer, has a big goal off the field.

“I want to be the first member of the Billups family to graduate from college,” he said. “I want to do that for the family. Everybody is rooting for me to do that.

“Uncles, cousins, friends, everybody. Some of them have gone to college but didn’t graduate.”

Billups-Williams, who plans on majoring in business, said he wants to own a business that will promote change in the world.

He changed the complexion of the game Saturday afternoon for the Warriors in a 53-13 victory over Champaign Centennial in the first round of the Class 6A playoffs.

The 5-foot-11, 160-pound Billups-Williams had eight catches for 237 yards and three touchdowns for Crete-Monee (8-2), who will play against Simeon (10-0) at 1 p.m. Saturday in the second round at Gately Stadium in Chicago.

So, he wants to work on a couple of things in the coming years — making it to the NFL’s draft day and wearing the cap and gown in earning a diploma.

“That would be a big deal to make my family proud,” Billups-Williams said of graduating college. “If I do that, it’s going to make me happy, and they will be happy. It’s a win-win.”

Speaking of winning, Billups-Williams has been helping the Warriors do a lot of that lately.

They lost their first two games of the season to Lincoln-Way East and Andrean before going on an eight-game winning streak, including a perfect Southland Conference finish.

On Crete-Monee’s first offensive play Saturday, senior quarterback Cory Stennis found Billups-Williams open for a short pass and he turned it into a 73-yard TD.

“He does everything,” said Stennis, who completed 22 of 29 passes for 383 yards and five TDs. “He has speed. He can get open. He can catch everything.”

Crete-Monee coach John Konecki saw Billups-Williams play on the grade school level for the first time and was impressed.

“As a junior high football player, we knew he was something special,” he said. “Then we met him and he had all the physical attributes, which were really impressive.

“As time marches on, he has gotten better and better with his football acumen.”

Billups-Williams is also dangerous as a defensive back and a returner on special teams.

A three-sport athlete who plays basketball, he joined quarterback/receiver Joshua Franklin, defensive back/receiver Edward Clark and graduated sprinter George Safo in the spring and won the Class 3A state title in the 800-meter relay.

“We can open up the playbook,” Stennis said. “We want to make sure everybody touches the football.”

Stennis, a Rich Township transfer, started the season as a receiver but took over for Franklin, who hurt his shoulder against Andrean and then came back as a receiver.

Billups-Williams said the key to the success as a receiver is the relationship with the quarterback. He has that with Stennis.

Jeff Vorva is a freelance reporter for the Daily Southtown.