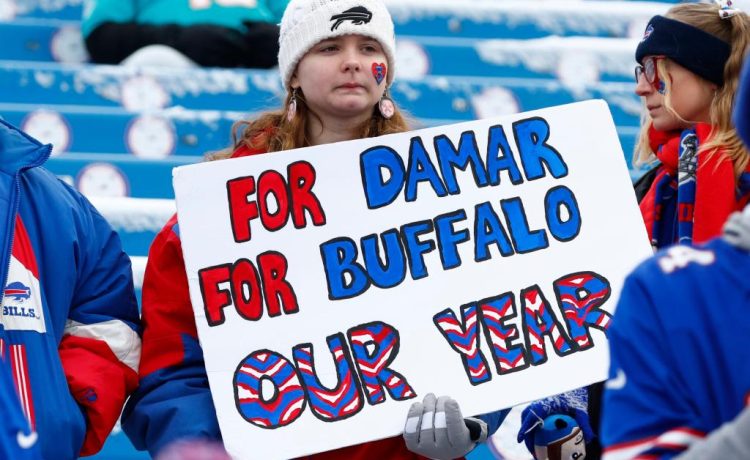 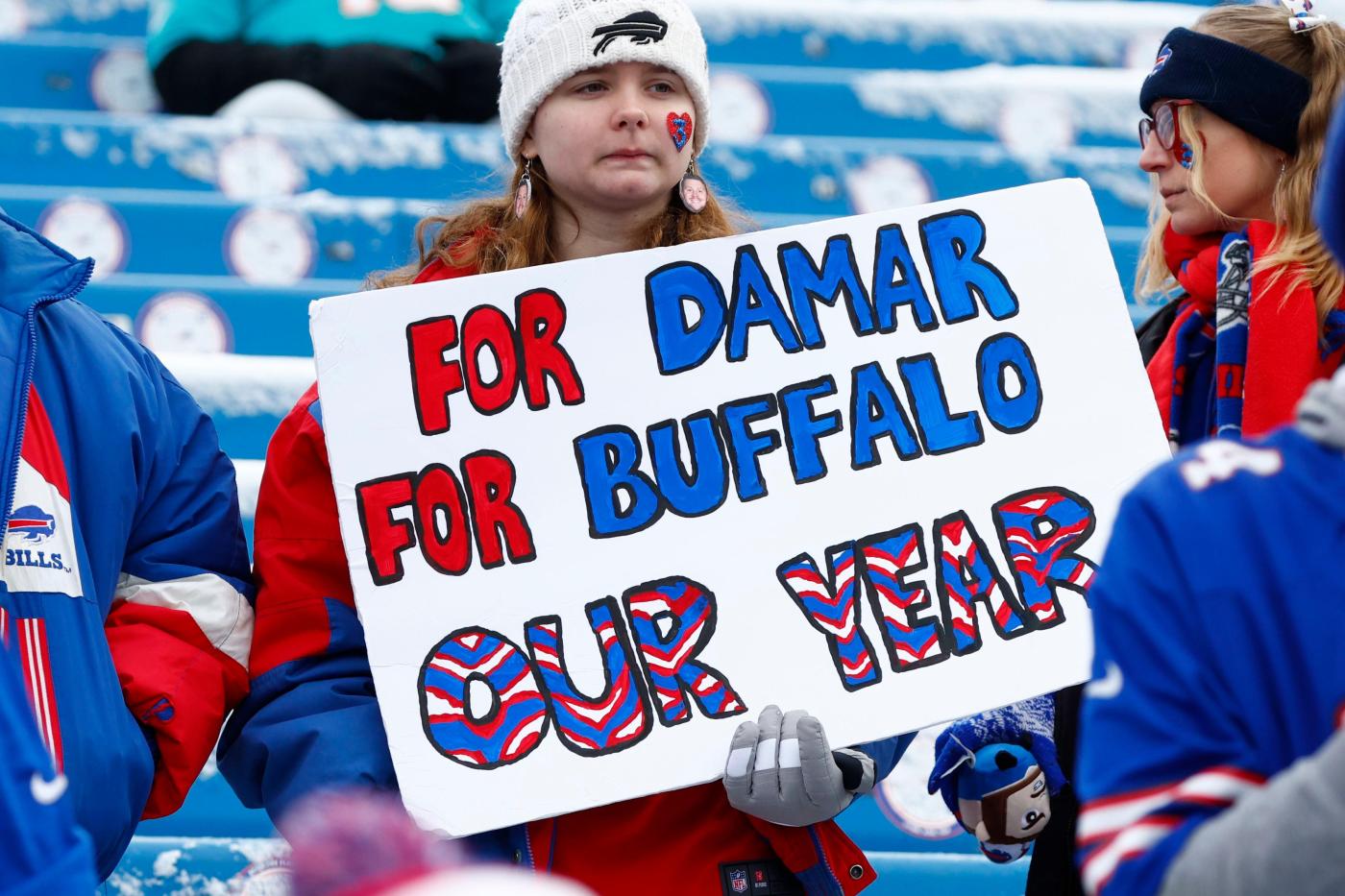 The Buffalo Bills continue their emotional season with an AFC Wild Card matchup against the Miami Dolphins at Highmark Stadium on Sunday as Damar Hamlin watches from home, days after being released from the hospital.

“My heart is with my guys as they compete today!” Hamlin wrote on Twitter. “Supporting from home as I focus on my recovery. Nothing I want more than to be out there with them! LFG”

The Bills are hosting a shorthanded Dolphins squad that is without their starting quarterback Tua Tagovailoa, who has been in concussion protocol since Dec. 26. Skylar Thompson got the start in place of Tagovailoa.

The Wild Card matchup comes nearly two weeks after Hamlin suffered a cardiac arrest on a Monday Night Football game against the Cincinnati Bengals on Jan. 2. Less than 10 days from suffering the horrifying incident, Hamlin was discharged from a Buffalo-area hospital and continued his rehab at home.

The playoff game comes a day after Hamlin visited his teammates at the team facility, according to an ESPN report. Bills linebacker Matt Milano posted a photo of Hamlin on his Instagram story taken at the team’s facility.

Brooke Kromer also tweeted that Hamlin was present at Bills practice on Saturday.