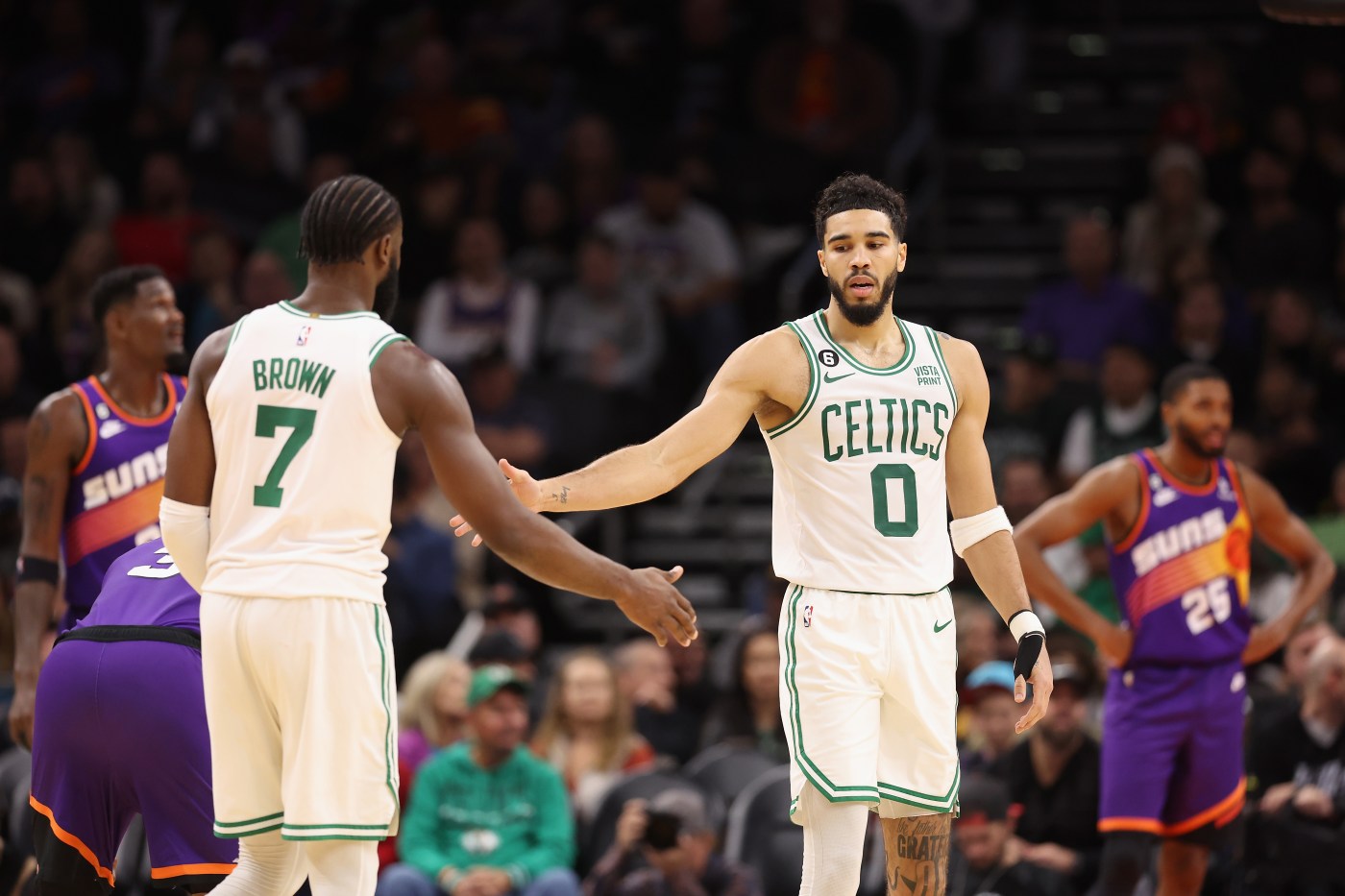 Before Damon Stoudamire joined the Celtics on Ime Udoka’s coaching staff last summer, he didn’t know much about Jayson Tatum and Jaylen Brown.

“All I heard was they couldn’t play together,” Stoudamire said. “I had never met them. I just watched TV. I never knew the narrative that was around it. I haven’t seen anything like that.”

The Celtics’ star duo put that narrative to bed with last season’s run to the NBA Finals, and they’ve raised their game to a new level this season. Tatum is an MVP frontrunner, and Brown is a strong candidate to make his first All-NBA team.

Tatum and Brown’s play over the last calendar year has spoken for itself. But behind the scenes, when he did meet the tandem, Stoudamire – who played 13 seasons in the NBA and has coached in the league at several stops since – was struck by how they carried themselves despite establishing themselves as stars in the league.

“How humble they were. Both of them,” Stoudamire said. “I’ve been around this league a long time, I’ve never seen that. I’ve never seen a star like J.T., he’s kind of a throwback. He practices, he plays, J.B. is the same way. …

Stoudamire believes Tatum and Brown have different styles that work together.

“(Brown is) a bully to me, like when I say a bully, I say it from the standpoint of a good way,” Stoudamire said. “I feel like he’s the type of guy every team needs. The way he plays, I think it balances J.T. I think that he’s the total opposite of J.T., and I think that’s why it works with them.”

The Celtics’ starting five of Tatum, Brown, Marcus Smart, Al Horford and Rob Williams that led them to the Finals last season hasn’t gotten much run since Williams returned from left knee surgery two weeks ago, but Stoudamire played them together for the final 5:06 of the second quarter in Thursday’s win. The results were mixed. The group went on a 9-0 run to start their stint, but the defense slipped as they gave up 12 points over the final three minutes.

Still, it was an encouraging run from that five as the C’s look to play them more together.

“I thought they were good,” Stoudamire said. “I think the thing about it is when you play two bigs, it makes you feel funny a little bit, especially when with the Clippers, I think they had (Nicolas) Batum at the 5 at one point. So it makes you feel funny, but I think that Rob makes up for a lot of stuff at the rim, and I think Al is great at keeping his man — staying between his man and the basket. So I was happy. We wanted to see what that looked like regardless. We wanted to see what that looked like moving forward, and I would think you will see a little more of that.”

As for Williams, the center looked strong again as he finished with 12 points and six rebounds in 21 minutes. There isn’t certainty if he will return to the starting lineup, and he reiterated Thursday that he doesn’t mind coming off the bench. But either way, he has been impacting wins. On Thursday, he came up big early in the fourth quarter as the C’s took command down the stretch.

“Rob is looking really good the last few games,” Brown said. “In the fourth quarter he had high energy. He had some good plays, he got some big baskets to start the fourth quarter and helped us I think end up winning the game. So we want to get Rob the ball and get him comfortable and as he continues to progress he’s going to get more dominant out there. So it’s great having him as an option, as a threat, and as he continues to get back to himself, look out.”

Joe Mazzulla has developed a reputation of not calling timeouts in his first stint as a head coach, as he wants his players to figure things out themselves on the fly. But as Mazzulla missed a second consecutive game Thursday due to an eye injury, Stoudamire seemed to have his own timeout philosophy. Early in the third quarter, as the Clippers cut their 11-point halftime deficit to two, the acting coach called a quick timeout.

“Just, guys, go sit over there and let’s relax for a second,” Stoudamire said. “We came out a little flat. We came out flat against Houston in the third quarter as well, they just didn’t have the same firepower but these guys have firepower. I didn’t feel like the game was getting away from us but I just felt like we needed to regroup. I didn’t even say too much. Sometimes you’ve gotta just call timeout just to call timeout. Then you’ve gotta just settle everybody down and just kind of get the game and momentum back. And that’s really all that was.”

Tatum passed Antoine Walker to move into second on the Celtics’ all-time 3-point list during Thursday’s win. He now has 940 career 3-pointers, only trailing Paul Pierce’s 1,823 triples. … The Celtics finished the calendar year of 2022 with the best record in the NBA, with a 60-22 mark. According to Celtics broadcaster Sean Grande, the Celtics’ only better record during a calendar year in the last 35 years came in 2008, when they went 68-18.