Todays Though > News > Dan Renouf gets the call
News

Dan Renouf gets the call 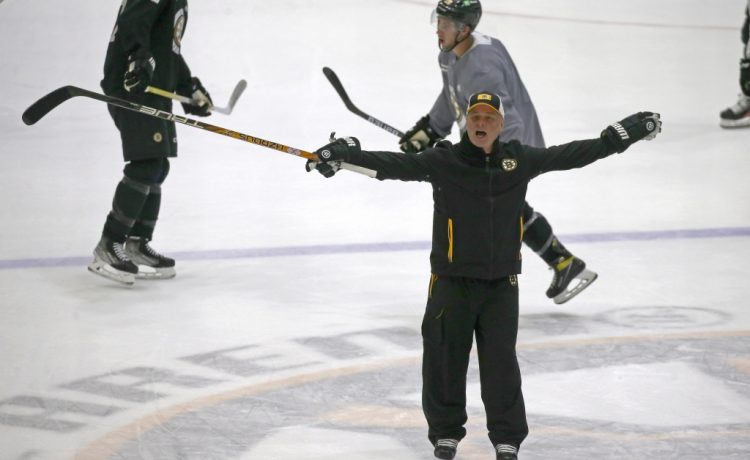 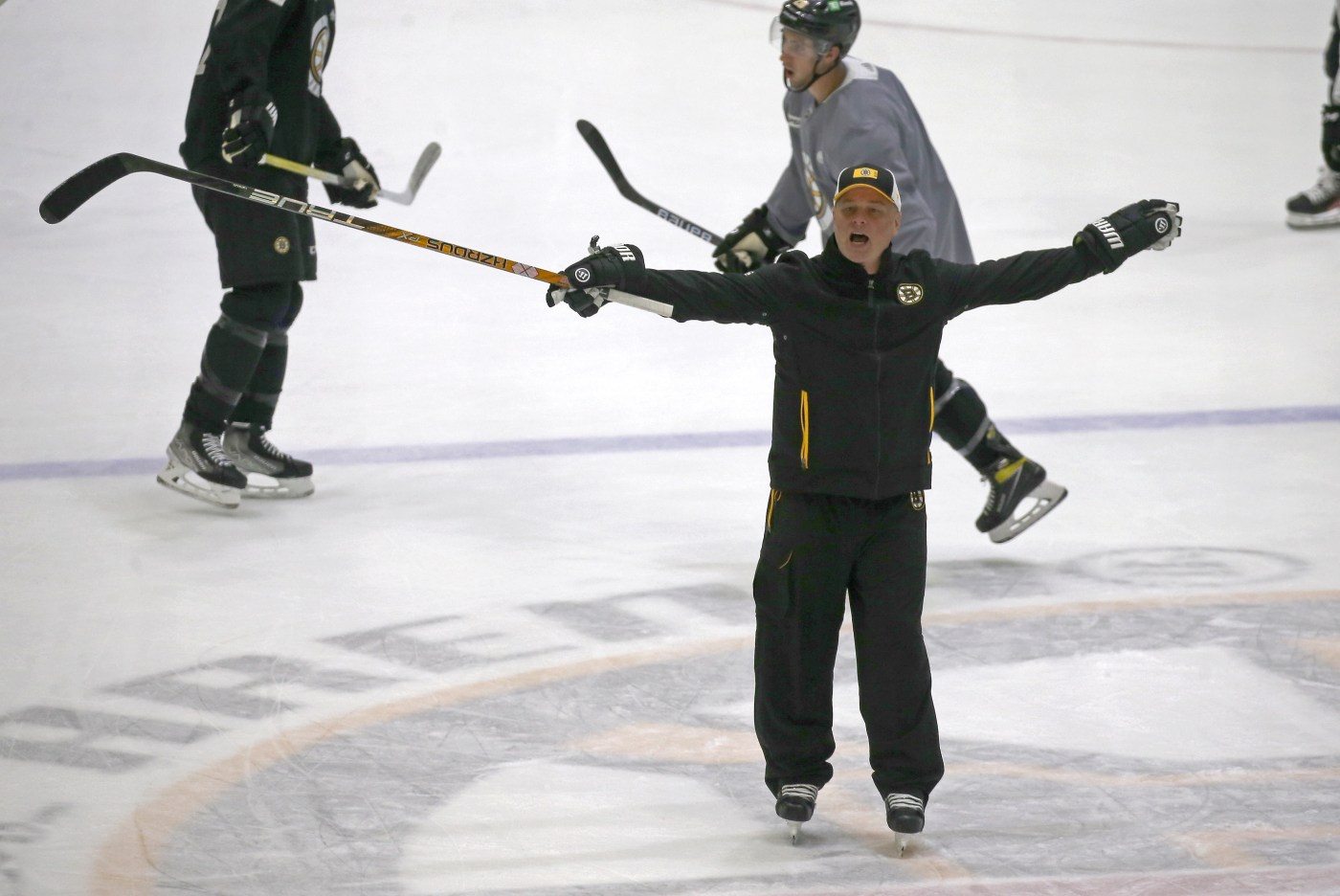 When the Bruins signed free agent defenseman Dan Renouf back on July 13, it created barely a ripple in the consciousness of most local hockey fans.

The University of Maine product had played a total of 23 NHL games in his seven-year pro career for Detroit and Colorado, the most in one season being 18 in 2020-21 for the Avalanche. But he earned a few attaboys from coach Jim Montgomery in training camp and, when Brandon Carlo was knocked out of the lineup after being dazed on a Liam O’Brien hit last Saturday, the left-shooting Renouf was the first to get the call-up despite the paucity of right shot defenders.

While Renouf and Montgomery share a Black Bear heritage, it was when Montgomery was coaching Dubuque of the USHL and Renouf was playing for Youngstown that the coach first became familiar with Renouf..

“He was the best defenseman on the other team and it was a real tough playoff series, so I know how smart he is, how poised he is,” said Montgomery on Monday morning. “He manages the game well and I think he’s going to help us (Monday) against a team you need to manage the game against.”

The insertion of Renouf into the lineup on Monday against the Florida Panthers meant the B’s were going with five left-handed defenseman. Renouf was going to start the game playing his offside on a third pair with Jakub Zboril while Mike Reilly was set to bump up to play his off side with Hampus Lindholm. Derek Forbort and Connor Clifton were the only left-right combo.

“It is (a challenge), just because you like people on their strong sides,” said Montgomery. “It’s easier to see the whole ice. Your body is turned receive to the pass….so it provides it’s challenges but we think it’s the right D corps to help us win.”

One of the things that made Renouf the candidate to come up – aside from the fact that he’s the type of stay-at-home D-men they were looking for to replace Carlo – was the fact that he’s well versed in playing the right side, having done it all last year with Grand Rapids and the Red Wings.

“It’s important to have that in my toolbox, so I’m excited to show it,” said Renouf.

While the 28-year-old knows who he is as a player, he doesn’t believe he should be completely left out in the B’s new aggressive aggressive approach.

“That’s my bread and butter, being the guy who’s steady and stays back,” said Renouf. “But I think from my time at UMaine and from my rookie year, I think I’ve incorporated getting up the ice and being part of the breakouts and kind of being able to create offensively and in the O-zone. So it’s something I’ve working on my whole career, being a 200-foot player.”

Though he was excited to play in his first ever game at the Garden, he feels he’s been around long enough not to be completely wowed by the experience.

“I’ve been here before,” he said. “I’ve played some games (in the NHL) and I kind of know what I’ve got to do. I’m just enjoying every day and making sure I make the most of this opportunity.”…

The B’s were set to get a double-dose of Tkachuks, with Matthew in town on Monday and then in Ottawa on Tuesday to face Brady.

Montgomery, who has a home in St. Louis where the Tkachuks were raised and coached with the Blues for two years, paid Matthew a pretty high compliment for the sandpaper style with which he plays.

“I think there’s a price to pay for it, and it’s an attitude, right?” said Montgomery. “It’s pretty impressive for someone like Matthew Tkachuk to have that. You’re a fifth overall pick, his Dad (Keith) should be a Hall of Famer, so he grew up privileged – and he doesn’t act like a privileged young man. It’s very impressive. It speaks volumes about Keith Tkachuk and his wife Chantelle, his parents. And it speaks volumes about the kid. And we’ve got another one we’re facing on Tuesday night.”….

Clifton was the lone righty in Monday’s lineup, but he said that’s happened before.

“My first year in (Providence), I felt like I was the only righty in the organization. When I was getting scratched, we were dressing six left-handed D,” he said with a chuckle.

Whether that translates as more icetime for him remained to be seen but when they lost Carlo on Saturday late in the first period, he skated 24:06.

“I felt great, honestly,” said Clifton. “Generally, the more you play, you just get out there and play. You know you’re going next and then the shift after that. You just kind of lock it in and just keep going.”…

After Trent Frederic earned a healthy scratch in the season opener with a low impact training camp, Montgomery liked what he saw from Frederic and his line with Charlie Coyle and A.J. Greer, which chipped in for three goals against Arizona.

“I liked what I saw from him and loved what I saw from the line,” said Montgomery. “I thought they were connected. I thought they fed off each other’s energy and their physicality. They were going every shift, them and the fourth line. Now the key is, can they do it again? Consistency in the middle of three in four, being that physical, having your feet moving. That’s what need. Now they need to show they can do it night in and night out.”