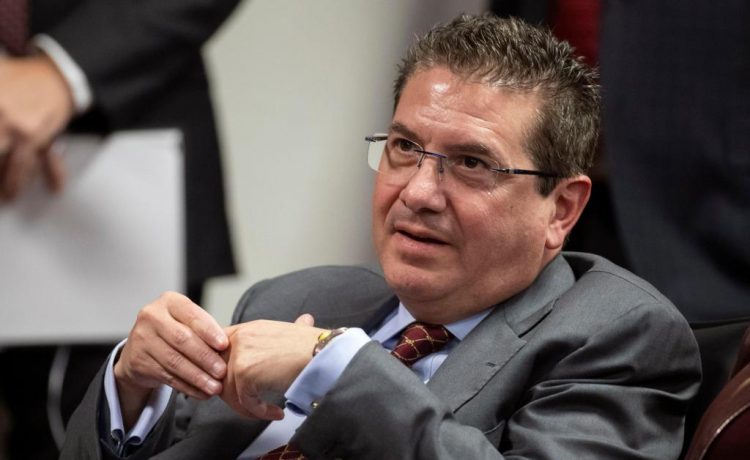 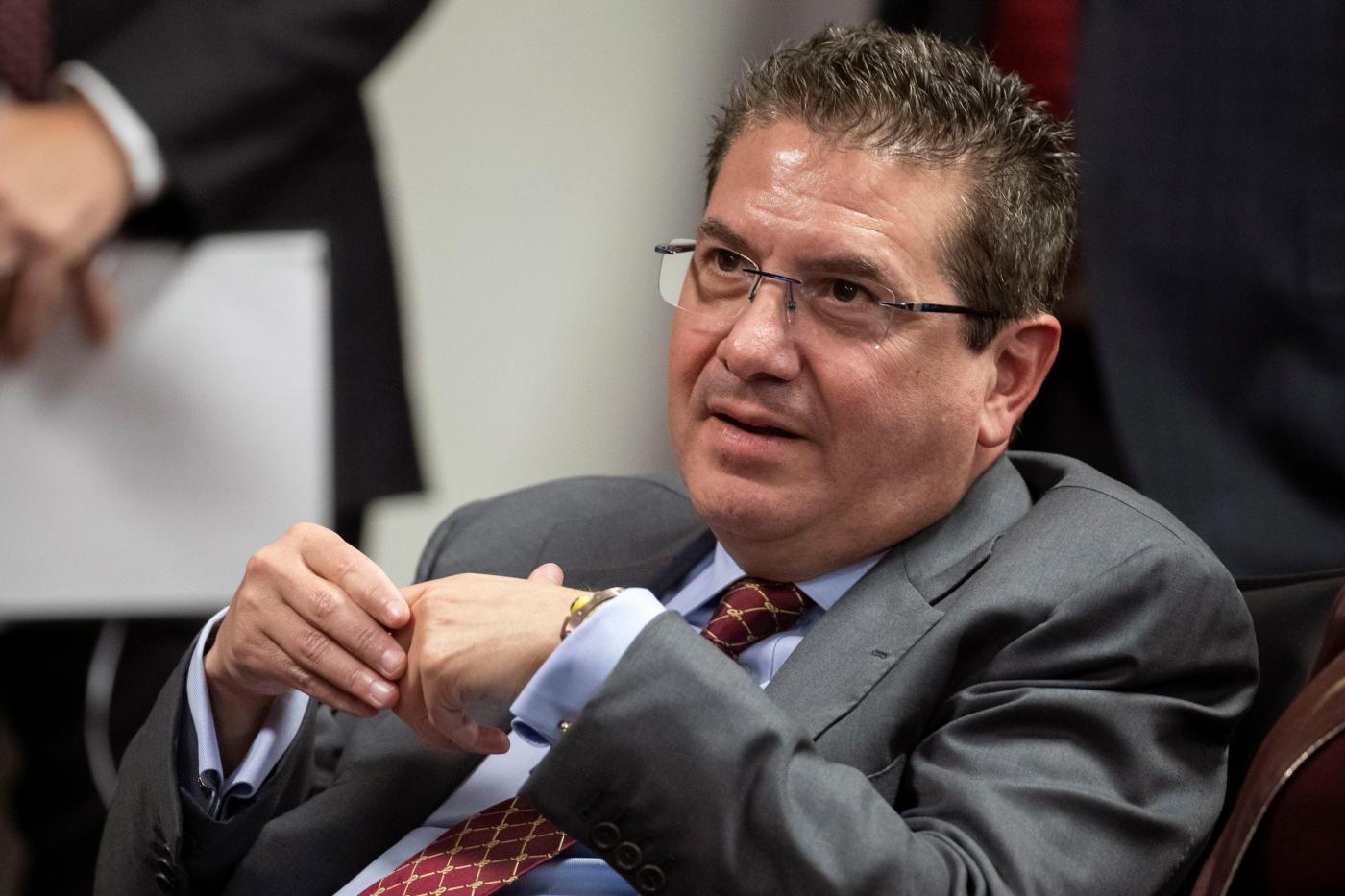 Change is coming in Washington. Or at least it appears NFL commissioner Roger Goodell and 31 league owners may hope it does.

Dan Snyder, the Washington Commanders’ detestable owner, will be the talk of Tuesday’s and Wednesday’s NFL owners meetings in Manhattan, whether or not his name makes it onto the official agenda.

A bombshell ESPN investigative report published on Thursday quoted an executive saying Goodell “wants Snyder gone tomorrow,” and that many owners and executives have tired of the league “propping up” and “protecting” Washington’s reeling franchise.

But Snyder allegedly has gathered “dirt” that could “blow up” several owners, the league office and Goodell, according to the report, so they are afraid to act because “they know he’ll burn their houses down,” in the words of one anonymous owner.

Al Michaels, the veteran play-by-play voice, then raised eyebrows when he made this statement on Amazon Prime’s Thursday Night Football broadcast of Washington’s road win over the Chicago Bears:

“The owners have a meeting scheduled in New York on Tuesday. It is not, currently, on the agenda,” Michaels said, as the camera showed Snyder in the crowd. “Just my feeling, I think what the league would love is for Snyder to sell the team. Not have to go to a vote, but just sell the team. Because it has become a major problem around the league, obviously.”

Michaels is well connected at the NFL’s highest ranks. Around the league, Michaels making that statement, that strongly, was viewed as the closest thing to Goodell or a powerful NFL owner stepping to a microphone and saying it himself.

Goodell has the authority to recommend the removal of an owner to the league’s 31 other owners. But Goodell and the league have been complicit in Snyder’s recent transgressions instead — in particular by burying attorney Beth Wilkinson’s report last year about the franchise’s toxic work environment that has allegedly enabled repeated sexual harassment.

Wilkinson’s findings were clearly damning, though they were curiously never produced in an agreed-upon written report. Washington D.C.’s council said it will continue to oppose the construction of a new stadium until the Wilkinson report is released, and the report remains hidden.

Snyder’s inability to build a new stadium in either Virginia, Maryland or Washington D.C. is one of his many escalating problems, and proof of his many burnt bridges. The fact he and the NFL wouldn’t trade the report’s release for a new stadium says everything.

Before the May league meetings in Atlanta, owners were “counting votes” to oust Snyder, according to USA Today. And there was a meeting being planned to discuss Snyder’s fate, per ESPN. But no meeting or official vote ever happened, perhaps because Snyder’s proxy during his ban from such meetings — his wife, Tanya — was not there.

But if Washington’s owner doesn’t read the room quickly, it’s possible the NFL and its owners will follow through with action this week.

RHULE OUT: RIVERA, HACKETT NEXT?

The Carolina Panthers fired head coach Matt Rhule this past Monday, early in his third season, after an 11-27 overall record and a 1-4 start this year. Rhule, the first coach fired this season, never had a quality starting quarterback.

Owner David Tepper, who is on the hook for $40 million more on Rhule, admitted: “I think that there has been progress of some sort, but look, we’re just not getting over the hump. And we got to get over the hump.”

Steve Wilks, the Panthers’ secondary coach, steps in as interim coach. He deserves a second chance after getting railroaded out of Arizona after one season.

Now the question is who’s next? Washington’s Ron Rivera is behaving like a head coach who is feeling the heat after a 2-4 start in Year 3.

He threw Carson Wentz under the bus — intentionally or otherwise — by citing “quarterback” as the primary reason his team hasn’t been able to build and sustain success the past three years. And Rivera’s emotions escalated after the ESPN report said Snyder was behind Washington’s offseason trade for Wentz.

“Everybody keeps wanting to say I didn’t want anything to do with Carson. Well, bulls—t,” Rivera boomed at Thursday’s postgame press conference. “I’m the f—ing guy that pulled out the sheets of paper, that looked at the analytics, that watched the tape in freaking — when we were in Indianapolis. And that’s what pisses me off.”

Broncos first-year coach Nathaniel Hackett’s 2-3 start, with poor game management and tons of Russell Wilson drama, has all eyes on Denver with new ownership. And the Cardinals’ Kliff Kingsbury (2-3) has emerged as the odds-on favorite (+150) to be the next head coach fired, per Sportsbetting.ag.

A new civil lawsuit has been filed against Cleveland Browns QB Deshaun Watson in Harris County, Texas, alleging sexual misconduct during a massage session in Houston in December 2020. Watson is currently serving an 11-game suspension for violating the NFL’s personal conduct policy after 24 women filed civil suits alleging similarly heinous acts. This lawsuit is not included in the suspension and penalty already adjudicated upon Watson, so it will be interesting to see how the fallout of this lawsuit impacts Watson’s return to play. Meanwhile, way to go with that fully guaranteed $230 million contract, Browns. …

Davante Adams shouldn’t have shoved the media worker in his path after Monday night’s loss to the Kansas City Chiefs. And the media worker shouldn’t have been there, either. It’s easy to understand, watching the video, why Adams was startled by seeing someone step in front of him last minute. But he also shouldn’t have acted in frustration. Where was Kansas City’s stadium security, making sure no one crossed Adams’ path? All of these angles and questions should be examined and asked after Adams was charged with misdemeanor assault for the shove. …

Former Giants head coach Joe Judge, working now as a Patriots offensive assistant, spent a lot of time this offseason and training camp working with fourth-round rookie QB Bailey Zappe. And Zappe played an efficient and sound game in a 29-0 shutout of the Detroit Lions last week in his first NFL start. …

Giants co-owner John Mara has not spoken to the media since March 31 at the NFL’s spring owners’ meetings at The Breakers in Florida. It will be interesting to see if Mara stops on Tuesday to speak with his team’s record at an unexpectedly impressive 5-1 or 4-2 after Sunday’s home game against the Baltimore Ravens. …

Tua Tagovailoa will sit out a second straight game for the Miami Dolphins (3-2) on Sunday since the mishandling of his concussion against the Bills resulted in a frightening, national TV scene in Cincinnati the next week. Backup QB Teddy Bridgewater is also hurt. So the Dolphins are expected to start third-stringer Skylar Thompson, a seventh-round rookie from Kansas State, against the Minnesota Vikings (4-1). …

Patrick Mahomes is a home underdog on Sunday for the first time in his NFL career. The Chiefs are 2.5-point dogs to Josh Allen and the Buffalo Bills in one of the two games of the week. Mahomes was favored in his first 41 home starts, including playoffs, the longest streak to begin a career in the Super Bowl era, per ESPN. Good luck placing that bet on Buffalo with confidence. …

The other game of the week, the Dallas Cowboys (4-1) at the Philadelphia Eagles (5-0) on Sunday Night Football, will be Jalen Hurts’ latest test to disprove the doubters in a so-far MVP-candidate caliber season.