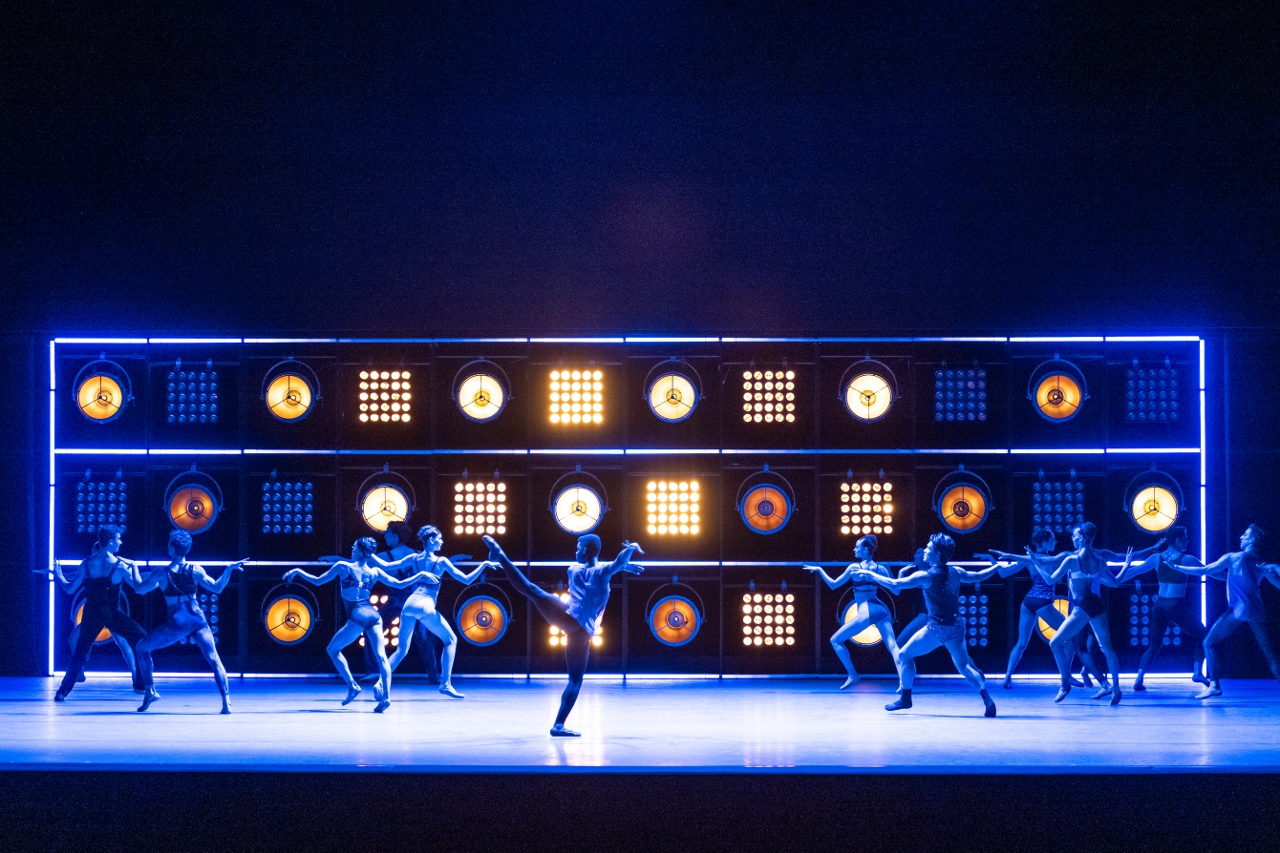 The Rolling Stones’ “Midnight Rambler” screamed out of the Opera House PA system as two dozen dancers moved independent of one another. Occasionally they locked into the rhythm of the bluesy stomp for a few synchronized steps. But the jolts they delivered as a chaotic scrum — a seemingly random storm of kicks, spins, leaps and shimmies — equaled the energy of anything they did in unison

Earlier in the evening, Chyrstyn Fentroy stumbled around the stage like a newborn fawn. Then she became a contortionist, then a vaudeville actor, gold medal gymnast and world class ballerina all at once.

This is the Boston Ballet’s vision of their art. Well, this, and of course “The Nutcracker.”

The Stones’ song and Fentroy’s marvelous movements were part of the Boston Ballet’s season opening program, “My Obsession,” now through Oct. 16 at the Opera House. The evening collects four works that serve as an introduction to everything ballet can be.

Stephen Galloway’s “DEVIL’S/eye” uses five Rolling Stones songs to create a steamy, electric tribute to the band’s music and modern dance. Galloway, a former principal dancer for Ballet Frankfurt, has worked with the Stones for years as a creative consultant. With “DEVIL’S/eye,” he brings an unhinged joy, a madcap freedom, to the art. He sells his piece through both the raw (a little hip sway or swaggering walk) and dazzlingly complex — two dozen dancers swinging between discord and harmony for 20 minutes.

Choreographer Helen Pickett’s “Tsukiyo” also pushes ballet to its limits, and principal dancers Fentroy and Paul Craig are up to the challenge in this adventurous, experimental, sensual pas de deux — the piece received an ecstatic standing ovation on Thursday night. Galloway and Pickett’s works mix with two selections from George Balanchine.

Balanchine’s “Apollo” and “Allegro Brillante” reminded that ballet of every age has a visceral, sublime punch. Considered by many (or maybe most) to be the 20th century’s greatest choreographer, Balanchine created works that feel reassuring and revolutionary. “Apollo’s” steps are set to a Stravinsky score; “Allegro Brillante” uses Tchaikovsky’s Third Piano Concerto — a couple of juggernauts that provide a perfect counterpoint to Jagger and Richards.

The blend of familiarity and boldness in “My Obsession” mirrors the Boston Ballet’s mission, and its 2012-2023 season. Go see this season opener then get tickets for all of these.

The Boston Ballet has formed a fruitful partnership with William Forsythe (maybe his generation’s Balanchine?). “As Anticipated” is an entire program devoted to his work. (Nov. 3-13.)

Is “The Nutcracker” overrated? No. It just isn’t, but please see more than this warhorse over the next nine months. (Nov. 25-Dec. 31.)

If you love “The Nutcracker,” try “Don Quixote.” It has the same epic sweep, grand romance, elaborate costumes and some of the most complex and astounding choreography in classical ballet. (March 16-26.)

This program includes Justin Peck’s “Everywhere We Go.” If that name rings a bell, it’s because Peck choreographed Steven Spielberg’s version of “West Side Story.” (April 6–16.)

Boston Ballet does the classics immense justice. This is a classic, so expect “Swan Lake” level magic. May 25-June 4.

For tickets and details, go to bostonballet.org.