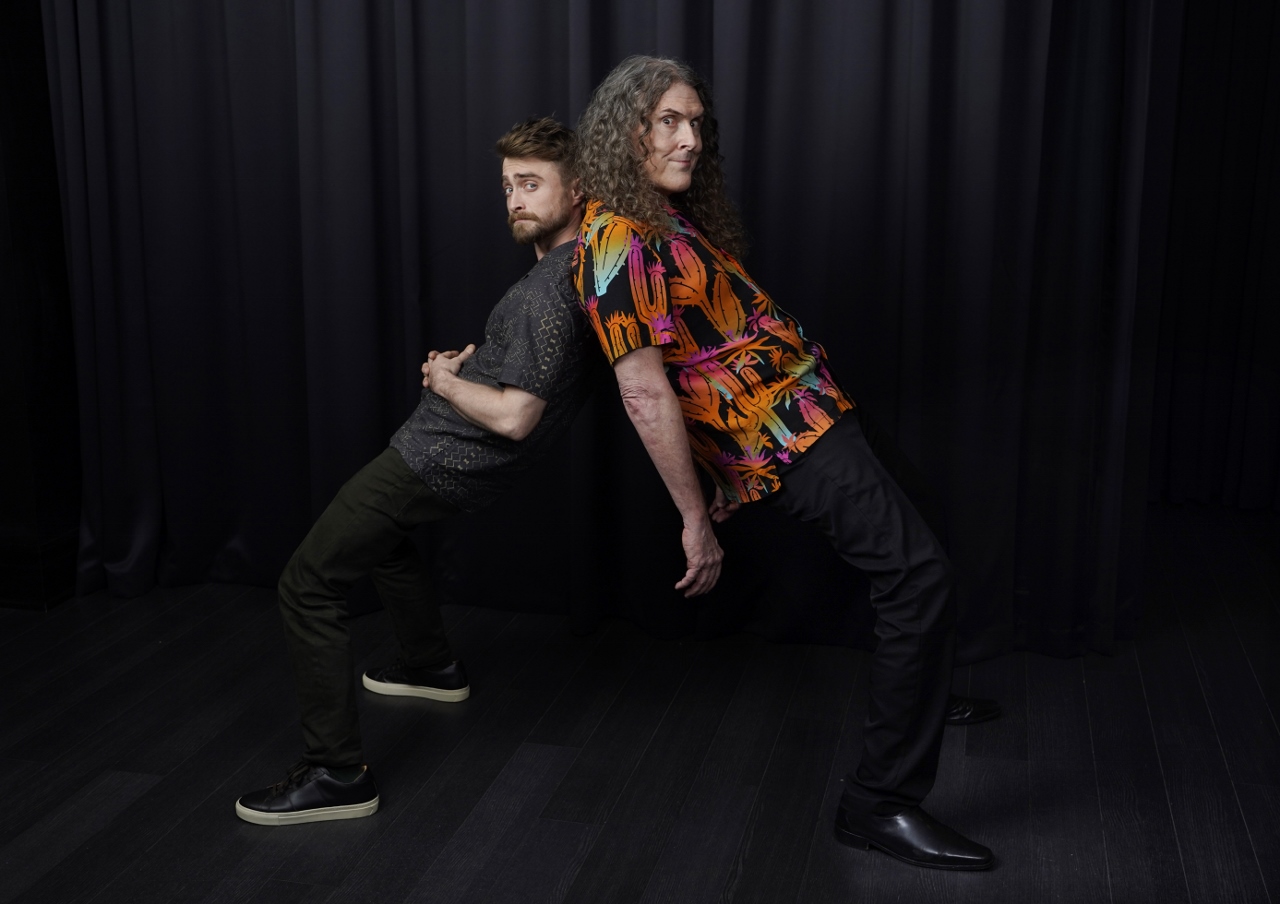 When Daniel Radcliffe was first approached to play Al Yankovic, the wonderfully demented ‘80s parodist, in a biopic, he was, he admits, puzzled.

“I knew who Al was as a fan at that point. My immediate reaction was, I don’t understand — there are certainly people I would imagine, who look closer to him physically than I am,” he said during a Zoom interview.

“But then I read the script and very, very quickly I was like, ‘Oh, it doesn’t matter. That’s not what we’re doing.’ As soon as I realized what the joke was and that this was the only thing in retrospect that Al Yankovic’s biopic could be — which is a parody of biopics!”

Radcliffe, 33, marveled at how the script consistently scored comedic bullseyes. “The way they so precisely hit so many jokes and tropes you immediately know from the genre was just really exciting. It was so clearly evident in the script what a fun thing it would be. Very easy to say yes to.”

Radcliffe also knew, because Yankovic co-wrote the script and is producing, that he was blessed by the accordion-playing source.

“Al had seen me do a Tom Lehrer song on a chat show like 10 years ago. I was led to believe that that was what brought me to his attention. So it was his idea to cast me which is, again, very unexpected. But really, really cool.”

Anyone can check that performance on YouTube. “Looking back it’s one of the things I’m deeply embarrassed by because I sing the entire song,” Radcliffe allowed. “At one point I shush the audience who start clapping because they think it’s over. And I tell them that I will carry on singing — and I do the whole thing. Next to a very confused but indulgent Rihanna and Colin Farrell. Two of the coolest human beings.  So it’s pretty embarrassing and nerdy but, hey! it got me this job. So entirely worth it.”

Why has Yankovic so endured as a pop culture figure?

“There are a lot of reasons. One, I think he manages to walk the line between wholesome and sweet and very, very family friendly. And genuinely weird and slightly mad. And they sit together in a very authentic way in him because it is just who he is.

“Another thing: He is so himself — and has always been himself. That’s very compelling in a person.
“And it really sounds like an obvious thing to say but the songs are really fun, really clever. The lyrics are brilliant, often better than the original song.”