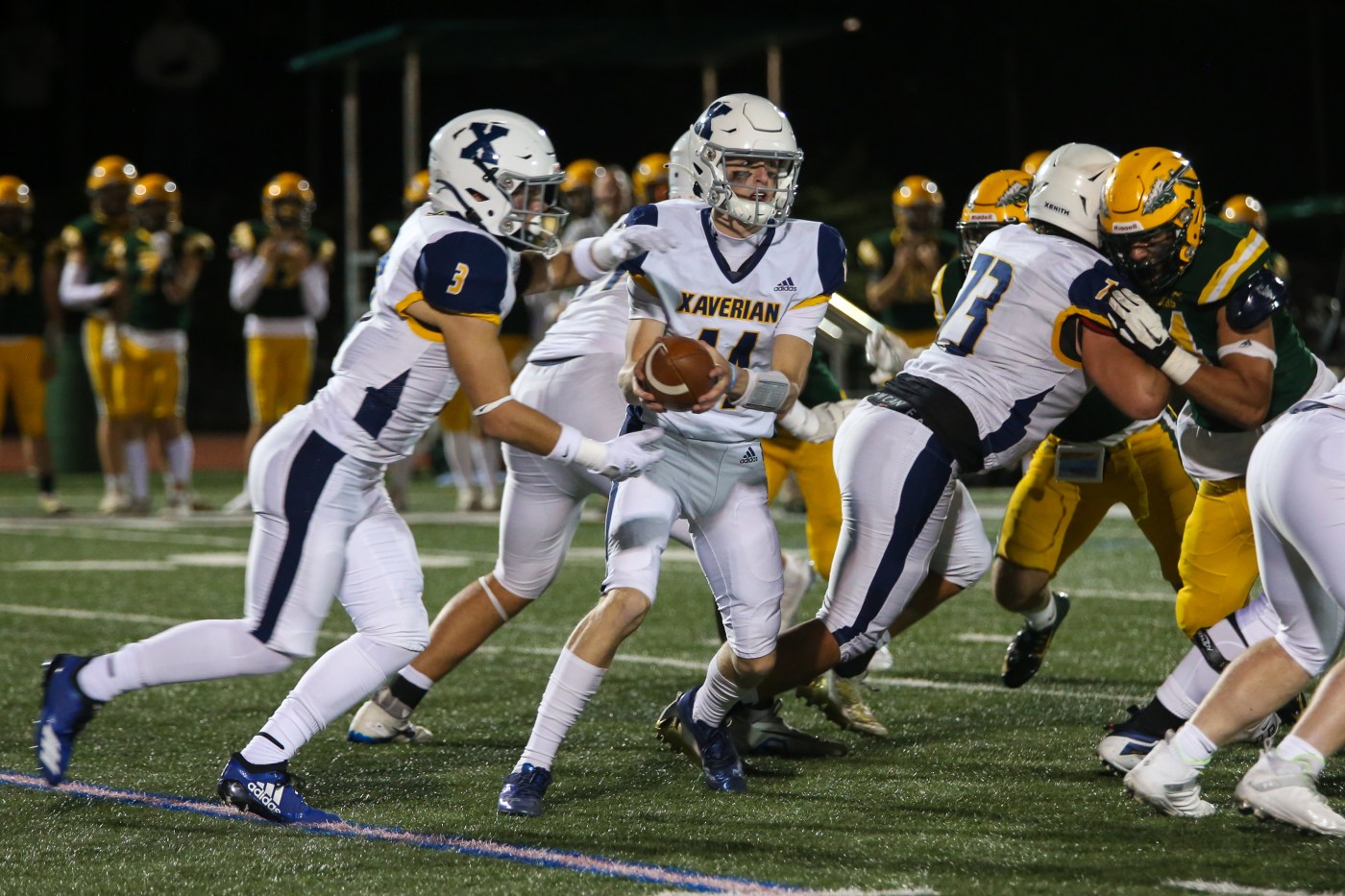 Central Catholic and Tewksbury have been the standard-bearers in the Merrimack Valley Conference Large and Small School divisions for years.

For one year at least, there will be change at the top.

Andover put itself in the driver’s seat in the MVC Large by following up the epic Central Catholic win with a wild 41-34 triumph at Methuen. Over in the MVC Small, Billerica defeated Tewksbury for the first time in 10 years, 35-21.

“There’s a lot of good players in the MVC, everyone seems to have some real good ones,” said Andover coach E.J. Perry. “And the coaching in this league is excellent, everyone is really good. You can see the time and effort they put in.”

“The MVC Small is really a tough league,” Sigsbury said. “When you face a Tewksbury. North Andover and a Chelmsford, you better show up or you’re going to lose the game. Those teams are always prepared and play tough.”

Andover’s road to the top of the league wasn’t easy. They had to navigate a pair of Sweet 16 teams in Central Catholic and Methuen in a span of seven days. Once they pulled off the upset of Central Catholic, Perry knew there was very little time to celebrate.

“It was definitely a little difficult at first,” Perry said. “We had a packed house for the Central game, we finally beat them and the crowd stormed the field afterwards. We gave them Saturday off like normal, then we went to pads on Sunday. Later in the week, the Thursday practice is usually a walk through but we went to pads because we knew it was going to be a physical game against Methuen.”

Andover’s veteran offensive line did its job and the duo of running back Lincoln Beal (18 carries for 138 yards and four touchdowns) and quarterback Scotty Brown (16 carries for 147 yards and two touchdowns) took care of the rest as Andover scored twice in the opening quarter and never relinquished the lead. For Perry, it was what he envisioned a few years ago.

“We have 24 seniors on the team and most of them have started for us,” Perry said. “Having a four-year starter at quarterback like Scotty is great for us. Once he committed to UMass-Lowell for baseball last year, he came back to us this fall relaxed and has played great for us.”

As was the case in the Andover-Methuen game, Sigsbury knew his team would have their hands full if they weren’t willing to match Tewksbury’s physicality at the line of scrimmage.

“Tewksbury is physical and they never make mistakes, so we knew going into the game that we would have to match their toughness,” Sigsbury said. “We really prepared hard for this game, we went back to film of games as far back as 2014 to make sure we were ready for anything.”

The end results spoke for themselves

2. St. John’s Prep (4-1) – Eagles opened their Catholic Conference portion of the schedule with a bang.

4. Xaverian (3-1) – The Hasselbeck-Monteiro duo had their way with BC High Friday night.

6. Milford (5-0) – After the big win over North Attleboro, the Scarlet Hawks return to the gridiron with a huge encounter against King Philip.

13. Everett (4-1) – Fourth straight win in which the Crimson Tide have scored at least 37 points.

15. Methuen (4-1) – No time to dwell on the loss with Central Catholic on the docket this week.

16. Billerica (5-0) – Indians picked up their biggest win in years by taking down Tewksbury.